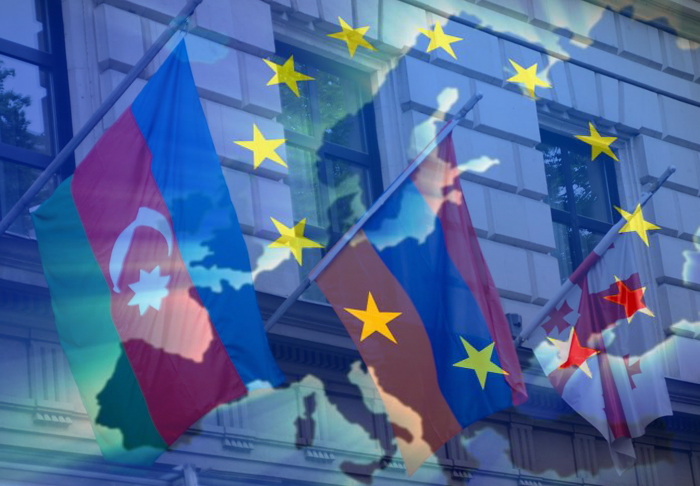 It has been a while since the concepts of “resilience” and “principled pragmatism” colonized the EU foreign policy discourse, gradually eroding Brussels’ identity as a normative power in the South Caucasus. Pragmatic turn in the EU’s external behavior has been taking place against the background of growing Russian, Turkish and Chinese presence in the so-called shared neighborhood, which the EU deemed a serious challenge to its long-time region-building efforts.

With principled pragmatism, the EU foreign policy toned down the emphasis on democratization of the South Caucasian countries, shifting the focus to tailor-made approaches that would combine realistic assessment of the strategic environment and idealistic aspiration to advance a better world. In this context, the specific emphasis on resilience should be understood as an attempt to find the middle ground between democratization and stabilization policies the EU pursued in the last two decades. The revised European Neighborhood Policy strategy back in 2015 presented resilience-building as a foreign policy goal for the first time. More to the point, the European Union Global Strategy, adopted in 2016, called for more active involvement on the part of the EU to help eastern partners’ ability to reform in the context of a highly volatile regional security environment.

The EU’s recent announcement of an economic and investment plan for the eastern partners and the following high-level visits of EU officials to the South Caucasus have been significant developments in this regard. Joint staff working document entitled “Recovery, resilience, and reform: post-2020 Eastern Partnership priorities” envisioned the mobilization of up to €17 billion financial aid and investment to support partner countries’ post-pandemic and post-war recovery. Commenting on the EU’s stakes in the South Caucasus, the High Representative for Foreign Affairs and Security Policy Joseph Borrell highlighted conflict resolution and connectivity as priority areas within Brussels’ broader resilience-building initiatives. In his meetings with officials in Armenia and Azerbaijan on 16-18 July the President of the European Council Charles Michel reiterated the EU’s willingness to support efforts to make progress on various issues including the question of demarcation of borders. Taking into account Russia’s growing influence in the post-Karabakh War South Caucasus, EU’s financial and diplomatic assistance to foster regional cooperation might, to some extent, strengthen Baku and Yerevan’s ability to withstand external pressures. With regard to connectivity, the EU Commissioner for Neighborhood and Enlargement Oliver Varhelyi noted the importance of reinforcing direct links between the EU and Georgia in the Black Sea and improving Azerbaijan’s hard/soft infrastructure capacity in the Caspain Sea that would bolster the two countries’ geostrategic position as transit hubs on the trans-continental trade routes. In the case of Armenia, the new investment plan dedicated €2.6 billion financial assistance to its fledgling economy, €600 million of which will be allocated for the reconstruction of the north-south highway that would help Armenia to become the major link in the Persian Gulf-Black Sea transport connectivity. Taken together, Brussels’ prioritizing stability and economic prosperity over democracy promotion afforded it flexibility to tailor its engagement with the region to the specific needs of the individual partners.

What is striking is that this kind of flexibility has also had downsides for the EU’s position in the South Caucasus as it revealed Brussels’ geopolitical weaknesses in dealing with internal and external crises. To begin with, the selective use of pragmatic and normative tools increased the exposition of the EU foreign policy to the manipulations of local elites and left it open to criticisms about double standards. Adding “pragmatic” to its principled approach to regional affairs allowed the EU officials to turn a blind eye to the illiberal moves of the governments in the name of resilience-building that increased widespread disappointment in societies with the EU as a normative power. The ruling Georgian Dream party’s withdrawal from the EU-brokered “Charles Michel agreement” on July 28 has been the latest example of EU’s principled pragmatism emboldening local elites in the South Caucasus so far as to torpedo its very own initiatives.

Notably, the EU’s resilience-building activities have thus far not only reinforced Tbilisi’s capabilities to better ward off external challenges but also contributed to strengthening local oligarch Bidzina Ivanishvili’s indirect hold on power. State capture and high degree of informality have mostly avoided Brussels’ radar. This state of affairs opened up certain avenues for ruling elites to use pro-EU narratives for reaching their goals in the domestic and external arena without facing serious pressure from the EU. On the one hand, Georgian leadership actively seeks further differentiation within the Eastern Partnership program, with future membership as the ultimate goal. To achieve this, Georgia joined Moldova and Ukraine to establish the Associated Trio (A3) platform in May to facilitate their European integration. In the Batumi Declaration signed on 19 July, the leaders of the three countries reiterated their unwavering commitment to advance further the process of integration into the EU through comprehensive reforms and to progressively approximate their legislation in relevant sectors with key elements of the EU acquis.

On the other hand, Georgian government ignored the West’s criticisms over its tentative response to wave of violence against LGBTQ+ people by far right groups in Tbilisi in early July and walked out on critical EU-brokered agreement, thinking the EU would not put too much pressure due to increasing Russian presence in the region. As Kornely Kakachia, a prominent Georgian political scientist observed, “Georgian Dream is trying to cater to the socially conservative body of voters as the party finds itself in a die-or-do situation”. Even if the ruling elites’ populist leaning to pro-Russia groups should not be construed as the endorsement of Yanukovich-style turn in foreign policy alignment, it will surely have repercussions for Georgia’s ties with the Western countries. In the midst of a significant amount of financial assistance from the EU and overtures to the mostly anti-EU conservative electorate, Georgian Dream wants to have its cake and eat it too, but that might have uncertain consequences for its hold on power.

When it comes to power politics in the South Caucasus, Brussels also lacked instruments to substantiate the geopolitical turn in its foreign policy under the Von der Leyen Commission and speak in the “language of power” as claimed by Joseph Borrell. Although EU’s resilience-building activities have thus far scored certain achievements domestically, they almost failed to mitigate the security risks Armenia, Azerbaijan, and Georgia faced in the external arena. Most recently, the EU was caught unprepared to prevent military conflict between Armenia and Azerbaijan, losing the initiative to Russia and Turkey. It was mostly absent from negotiations during and after the war, watching Russia to emerge as the sole arbiter cajoling the warring sides to sign a ceasefire agreement on November 10, 2020.

In the post-Karabakh War period the EU officials said on different occasions that the bloc is ready to play a more active role in conflict resolution even if the Azerbaijani side has been clear on its position that the Karabakh conflict is a thing of the past. Brussels has not changed its balanced approach to the issue as it still supports Azerbaijan’s territorial integrity while recognizing Karabakh Armenians’ right to self-determination. It should be remembered that EU’s silence about the occupation of Azerbaijani territories by Armenian forces while its loud support to the territorial integrity of Georgia, Moldova, and Ukraine has long been a serious bone of contention in bilateral relations with Azerbaijan as the latter accused Brussels of having double standards.

Commissioner Varhelyi and President Michel’s speeches in Baku and Yerevan indicated that the EU is trying to adapt its position on the Karabakh issue to the new realities on the ground. In this regard, the EU-Azerbaijan relations will be affected by two new developments. Firstly, EU’s calls for the need to address Karabakh’s status will surely be an irritant in the future discussions. Charles Michel’s decision not to raise the issue in his meeting with Azerbaijani president was a pragmatic move but Baku took note of his comments on the issue in Yerevan. Secondly, Azerbaijan’s closer partnership with Turkey both in economic and military realms will expose it to misunderstandings in EU-Turkey relations. France’s growing pro-Armenian bias on the Karabakh issue in the context of broader disagreements with Turkey in the Eastern Mediterranean and elsewhere will add a negative tone to multilateral negotiations. Post-war Azerbaijan views Turkey as an independent pole in the new regional security architecture and an essential pillar of its balancing strategy, replacing the EU as the Western vector of its balanced foreign policy. In the context of Armenia’s increasing dependence on Russia, Turkey’s growing footprint in Azerbaijan may make the EU’s attempts to involve more actively in regional security affairs more difficult in the foreseeable future, limiting its influence to Georgia.       Taking all this into account, the EU’s principled pragmatism has been a tricky guide for its foreign policy in the changing dynamics of the regional landscape. It offered wider possibilities for the EU to strengthen partner countries’ resilience against wide-ranging challenges. At the same time, this kind of consequentialist-utilitarian foreign policy exposed the EU’s weaknesses as a geopolitical player as it proved remarkably difficult to be pragmatic and principled at the same time.