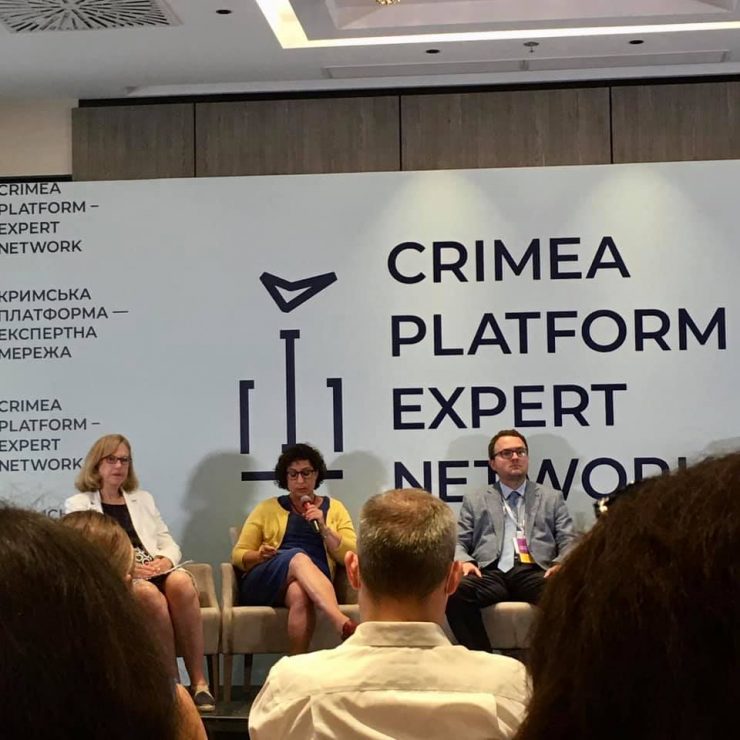 The Summit, which will officially launch the Crimean Platform, will take place on August 23 in Kyiv. First Deputy Minister for Foreign Affairs of Ukraine Emine Japarova is convinced that the Crimean Platform is an effective tool for liberating the peninsula from Russian occupation.

The Crimean Platform Expert Network is one of the pillar of the Crimean Platform and was established to support the Government’s efforts to implement this initiative. It brought together more than 180 of the ukrainian and foreign scientists, experts and human rights activists from 33 countries. Experts from the New Geopolitics Research Network also joined the platform.

On August 6, the first Forum of the Crimean Platform Expert Network took place in Kyiv. Within the framework of the Forum, the vision of international and intersectoral cooperation, priorities and tasks of the Network, the topic of deoccupation in the international information environment were discussed. It is expected that the forum will have an annual rotation to discuss important issues of deoccupation of Crimea and the results of the Network’s work.

Chargé d’Affaires Christina Quinn and British Ambassador to Ukraine Melinda Simmons also addressed the forum. The American diplomat noted that the annexation of Crimea is a great crime that cannot be forgotten. Russia is trying to show that Crimea is part of the Russian Federation. But the United States never recognizes the illegal annexation of the Crimean peninsula. And this is a consistent policy of the US administration.

The British Ambassador stressed that Britain is devoted to Ukraine’s independence and territorial integrity, and never recognize the illegal annexation of Crimea. In her opinion, the Expert Network will play an important role in the work of the Crimean Platform. The international community relies on expert information, analysis and recommendations for complete understanding the situation on the peninsula and determine how to maintain pressure on Russia.

During the Forum the main Tracks in which the work of the Expert Network is carried out were presented:

– cultural heritage in the Crimea

The NGRN also can become en effective platform for spreading information about efforts for deoccupation of Crimea and the situation on the peninsula among our international partners and experts.