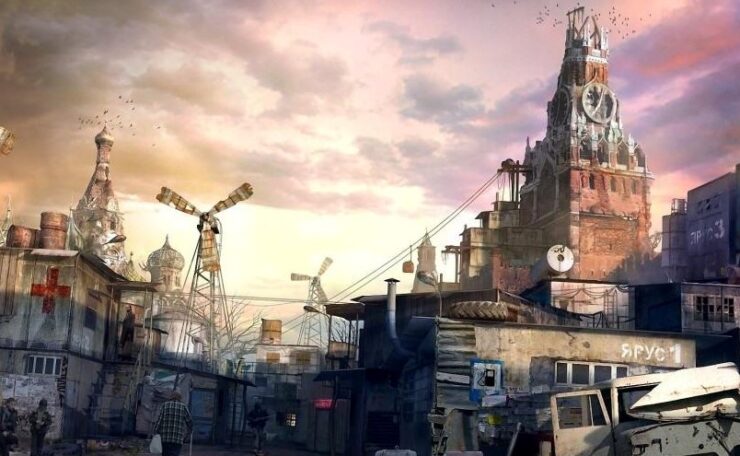 Mesík: Russia Will Collapse in 3-5 Years

If Europe and the West fail to prepare, the consequences will resemble those following the USSR’s collapse, such as Russia’s occupation of the former USSR territories or its bloody war in Ukraine, argues Slovak expert Juraj Mesík in his op-ed Prepare for the Inevitable: Why the West Must Discuss the Russian Federation’s Collapse Now.

According to Mesík, the failure of unprepared western politicians to come up with an early response could lead to a long-term balkanization of today’s Russia, the territory and population of which are fifty and six times bigger respectively. Besides, unlike former Yugoslavia, it has nuclear weapons.

In his 2016 essay Will the Russian Federation Make it Past 2031? Russia, China, and the Inevitable Consequences of Climate Change, Mesík postulated that Russia’s collapse will become the main theme of the next decade. However, Russia’s incursion into Ukraine has dramatically changed the events. Mesík now believes that the demise will take place in the next 3-5 years. Even though some factors, including decisions of certain politicians, may speed up (or slow down) the process, the Russian Federation will definitely cease to exist.

Once it has collapsed, territories like Crimea and Donbas will return to Ukraine, Abkhazia and Southern Ossetia – to Georgia, Transnistria – to Moldova. This goes without saying, notes Mesík.

He also believes that the Kuril Islands and Karelia will reunite with Japan and Finland respectively.

Europe will likely have to deal with the occupied and annexed Konigsberg while Beijing is expected to show interest in the Khabarovsk and Amurska oblast, a big part of which was part of China until 1860.

It would also be not farfetched to suggest that Russians living in Saint Petersburg, Ural, Siberia, and the Far East will not want to remain under Moscow’s rule. Especially since people in Ural and Siberia view Moscow as a gluttonous parasite. It is thus well possible that several Russia-speaking states will emerge shortly.

The West must start analyzing Russia’s collapse scenarios because of the risks and opportunities. After all, Europe and the West risk repeating the mistakes they made following the USSR’s demise. Accordingly, there is a great chance that the post-Russian space will be balkanized and endure a long period of poverty and violence.

Read more in Juraj Mesík’s at www.eurointegration.com.ua, in Ukrainian Prepare for the Inevitable: Why the West Must Discuss the Russian Federation’s Collapse Now.