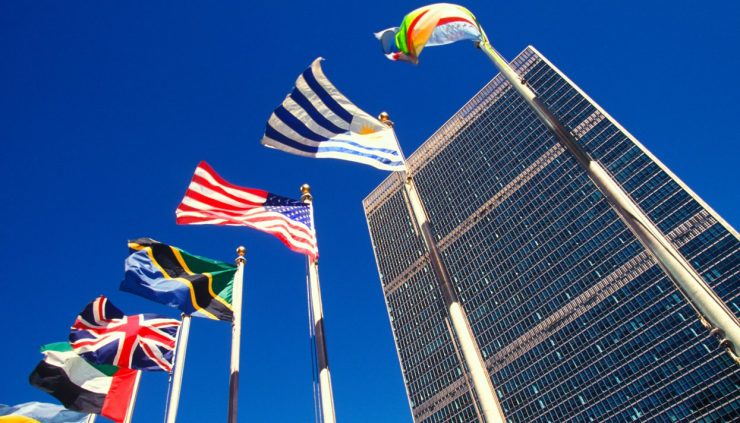 It is regrettable to witness that the problem of war and peace has become quite acute today. Permanent regional conflicts which erupt in different parts of the world indicate a direct state’s disregard of Article 1 of the UN Charter for the maintenance of international peace and security, as well as the resolution of international disputes exclusively by peaceful means.

The primary task for lawyers, politicians, diplomats and scientists is to develop effective means of preventing and counteracting such negative phenomena. One such tool is preventive diplomacy. Its legal basis is the provision of Article 33 of the UN Charter, which states that the parties must resolve all international disputes exclusively by peaceful means.

The modern understanding of the concept of preventive diplomacy emerged within the framework of the UN. This idea was first voiced by UN Secretary General Dag Hammarskjold during the 15th session of the General Assembly in 1960. This happened during the period of global confrontation between the two political systems of the world, when the mechanisms for ensuring collective security, enshrined in the UN Charter, were actually blocked. Preventive diplomacy has not yet been recognized as a full-fledged instrument for maintaining peace and security in the world. It was only a definite idea in order to prevent the growth of local conflicts. This approach should help to contain the growth of the Cold War, as well as have a positive impact on the UN’s authority in conflict resolution.

In 1992, UN Secretary General Boutros Boutros-Ghali at the meeting of the UN Security Council in his report “An Agenda for Peace”, presented the idea of ​​preventive diplomacy as a new tool of achieving the goals defined in the organization’s Charter. His idea assumed a comprehensive approach to maintaining security in the world, which is revealed through four main types of activities: 1) preventive diplomacy; 2) maintaining peace; 3) peacekeeping; 4) peacebuilding. At the same time, in the report of the UN Secretary General, all four concepts are closely related and almost always provide for preventive measures.

According to B. Ghali, preventive diplomacy envisages “actions aimed at preventing the escalation of existing disputes into conflicts and limiting the scale of conflicts after their occurrence”. The report emphasized that the most effective way of preventive diplomacy is to use its methods in the early stages of a conflict. The Secretary General noted that disputes between states should continue to be resolved through established means, namely through negotiation, good offices, mediation, investigation, arbitration and litigation.

The report included some specific means, such as: confidence-building, early warning, collection and analysis of information, fact-finding, creation of demilitarized zones.

In 2011 UN Secretary General Ban Ki-moon emphasized in his report “Preventive Diplomacy: Achieving Results” growing importance of preventive diplomacy and its recent achievements. The report outlined the risks and difficulties that continue to hamper the implementation of preventive measures, as well as identified the main elements that are crucial in increasing the success of these measures. In particular, the following elements were identified: early warning, flexibility, partnership, sustainable development, risk and resource assessment.

This concept was enshrined in United Nations Security Council Resolution 1325 on women, peace and security, which enshrined greater participation of women in conflict prevention. The peculiarity of preventive diplomacy is that it manifests itself in the period between peacetime diplomacy and crisis diplomacy – actions to resolve the conflict after its transition to a “hot” phase. Therefore, the main role for the success of preventive diplomacy is given to the time factor. One of the effective examples of international intervention before the active phase of the conflict was the deployment of a UN preventive force in Macedonia. Such a tool as preventive deployment is considered to be potentially the most effective in avoiding full-scale wars and armed conflicts.

Unfortunately, disappointing statistics call into question the effectiveness of preventive diplomacy. During 2020 there were 34 armed conflicts in the world, the same number as the previous year. Most of the armed conflicts were concentrated in Africa (15) and Asia (9), followed by the Middle East (six), Europe (three) and America (one).

What is the difficulty of implementing preventive diplomacy in practice? First of all, it should be noted that there are significant contradictions between the tasks assigned to the UN and financial support for their implementation. At this stage, the UN has faced a critical shortage of funding and personnel, especially in the Department of Political Affairs, which manages UN peacekeeping operations at the global level. Preventive diplomacy efforts are much more cost-effective than peacekeeping operations, especially in the field of peacebuilding. In particular, the annual budget of the Center for Preventive Diplomacy in West Africa is about $ 8.8 million. Instead, according to the Carnegie Commission on Preventing Deadly Conflict, the international community spent almost $ 200 billion on interventions in seven large-scale conflicts (Bosnia and Herzegovina, Haiti, Cambodia, the Persian Gulf, Rwanda, Somalia, and East Timor) in the 1990s. Thus, prevention through diplomatic means is far more profitable than fighting the consequences of the conflict with political, military and financial resources.

Another issue is the reluctance of governments and leaders involved in the conflict to receive assistance from the United Nations. Early intervention is a successful path to preventive diplomacy, but the parties to the conflict believe that UN intervention will quickly lead to the undesirable presence of large numbers of peacekeepers or to sanctions by the UN Security Council.

In addition, there is a question about the professionalism of the organization’s staff. The successful implementation of preventive diplomacy is not enough to act quickly and on time. Success lies in the quality of the tasks set by the UN. It is not enough to simply appoint an ambassador and start acting. In this regard, the UN lacks the means to provide guidance and training to its mediators and staff.

The main obstacle to the effective implementation of the UN preventive diplomacy is the reference to the principle of sovereign equality of states, which limits external intervention in the prevention and resolution of internal problems, especially before the conflict. Despite the imminent threat of war and the fact that there are real measures that can be taken to prevent the development of violence, states are protected from external interference by the principle of sovereignty.

Another equally important problem in this context is the apparent lack of coherence and coordination between states, non-state actors and international organizations that can take preventive measures. There is no common understanding of intervention in a pre-conflict situation. Moreover, there is no clear agreement on when, how and by whom this intervention should take place. Although the International Commission on Intervention and State Sovereignty (ICISS) has developed an impressive concept of Responsibility to Protect, most states consider that intervention is a last resort and can only be used if there is full consensus on the need for external intervention in conflict’ prevention.

As a result, it should be emphasized that the success of preventive diplomacy depends not only on early warning, but also on the involvement of non-state actors. It is also important that the UN and regional actors take all possible measures before, during and after the conflict. Ideally, the UN should prevent them from occurring. However, if this still proves impossible, diplomacy and mediation will still remain the lifelines that are designed to stop disputes through negotiations, as well as to help restore friendly relations between states.