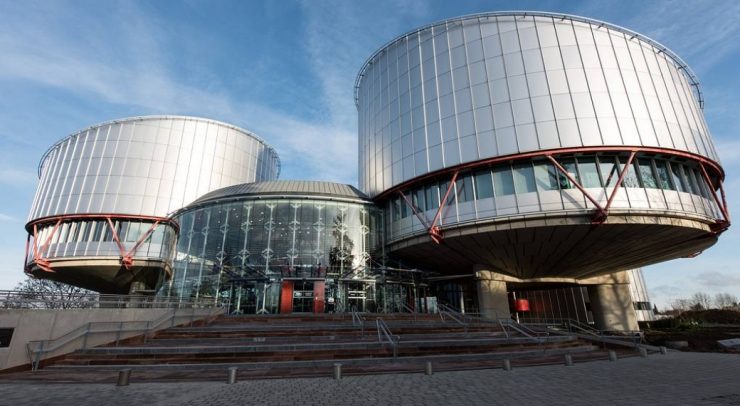 The importance of the questions linked to the relationships between immigration and family life in the European mechanisms protecting fundamental rights may be seen in the numerous regulatory interventions in the matter, and in the kind of disputes that these questions raise before national and European courts, throwing into relief frequently overlooked connections between the promotion of individual freedom, family life, and socioeconomic integration. In fact, on the one hand, with regard to migration policies more directly, the actual possibilities of maintaining or reconstituting the family nucleus contribute considerably towards limiting migration irregularities and fostering immigrants’ rapid social integration. On the other hand, the growing number of families consisting of EU and non-EU citizens, like the importance that immigrant domestic labour has taken on in Europe, are just some of the factors that underscore the complex relationships by which the lives of EU and non-EU families are bound.

Immigration, and in particular the relationships between immigration and family life, are in fact issues around which a redefinition has been seen in the relationships between national systems and European courts, and a constitutional conversation – in its turn paradigmatic of the mechanisms for the plural protection of rights being articulated within the European constitutional horizon – is being held.

Article 8 of the ECHR does not require States to absolutely guarantee to the foreigner the right to enter and reside in their territory. The foreigner’s claims in this sense must in fact be balanced with the States’ general interest in controlling the migration flows involving their territory. However, starting in the 1990s, the ECtHR’s jurisprudence considerably restricted the states’ room for manoeuvre in this regard. In 1991, for the first time, the Strasbourg Court declared that an expulsion violated Article 8 (Moustaquim v. Belgium); ten years later, for the first time it required a Contracting State to admit entry to the daughter of a foreign couple residing in the State’s territory in order to allow her to join her family (Sen v. the Netherlands).

The argumentative structure of the ECtHR’s jurisprudence regarding Article 8 in fact reveals a tendency towards elaborating a series of common rules on a comparative basis, aimed above all at avoiding measures that clash with the paths of integration of immigrants with residence of long standing, and at the same time shows a substantial vision ofthe family and ofthe relations ofwhich it is composed, also aside from their legal formalization.

The logical and argumentative path characterizing Strasbourg’s jurisprudence in this area goes through two principal phases. In the first place, the Court verifies the existence of a private or family life deserving of protection. In this regard, it should be stressed that the jurisdiction in this matter, by hingeing upon the nature of the bond in fact and effect, has upheld a broad notion of the family. Which, while according special protection to the classical family – nuclear and bound together by marriage- also protects other types offamily bonds, provided that elements qualifying the relationship exist, starting with the presence of children. The second phase of the judgment aims instead at ascertaining whether the contested measure infringes the right to family life, assessing in particular whether this is “in accordance with the law” and “necessary in a democratic society”. It is in this context that the Court has set important limits on State prerogatives in the matter, pointing out the necessary respect for the principle of proportionality, and therefore holding that injury of the individual sphere may be deemed justifiable only in relation to proven and not otherwise attainable benefits that may be derived for society as a whole. It also bears mentioning that, in examining the contested state measures, the Strasbourg judges are relying on criteria that differ in part depending on the positive or negative nature of the obligations that would be devolved upon the State in the specific case. The protection of the family unit offered by the ECtHR’s jurisprudence thus varies depending on whether it is ruling in disputes regarding family reunification, or on non-renewals of permits to stay, or cases of expulsion.

In the presence of positive obligations of the States (and thus in cases of family reunification, but also in disputes rega,rding the legitimacy of refusing to grant or renew permits to stay to subjects that have already developed, albeit illegally, a private or family life in the country of residence), the European Court of Human Rights tends to express a more restrictive orientation: noting the State’s prerogatives in terms of controlling immigration, stressing that Article 8 does not require the States to respect the families’ choice regarding the place of residence, and that any state obligation in the matter depends on the assessment of the particular circumstances of the people involved, and paying special attention when minors are involved- minors at any rate whose best interests, for the Court, are not always achieved by according the minor the entitlement to stay in the country where his or her parents reside. There is in fact no lack of cases in which the Court deemed denial legitimate when nothing was preventing the parents from returning to their country of origin, where their children had always lived. However, when the children’s interest cannot be otherwise safeguarded, this provides grounds for the right to join the family in the State of residence.

The ECtHR’s approach appears partially different when the issue is one of the State’s obligations of a negative nature, such as, above all, expulsion measures. In these cases, in fact, the Court – while stressing its acknowledgement of the margin of appreciation that the States enjoy in this matter (and therefore, for example, justifying deportations connected with the commission of offences raising serious social alarm, such as terrorism, narcotics and organized crime) – makes a closer examination of the conditions of legitimacy of these measures and, in particular, as to respect for the principle of proportionality. Measures of this kind in fact have an impact on family lives already in progress. For this reason, the ECtHR’s decisions in these cases show greater attention to a series of elements summarized in Boultif v. Switzerland, including: the nature and gravity of the offence; the period which elapsed between the commission of the offence and the enforcement of the expulsion and the applicant’s conduct during that period; the duration of residence and the level of integration; the applicant’s family situation, including the presence of children and their ages, as well as the actual possibilities of reconstituting family life in the country of origin.

Starting from the mid 1990s, many European countries adopted immigration regulation reforms that broadened the grounds for expulsion, while limiting the possibilities of family reunification. These reforms have led to a greater sensitivity in the ECtHR’s jurisprudence to the states’ demands to handle the migration flows and to the seriousness of the offences committed, and thus a greater openness to the margin of appreciation the States enjoy in choosing the means necessary for maintaining public order.

Among the most recent judgments that best demonstrate this changed approach, noteworthy is, for example, Oner v. the Netherlands. The Court in this decision articulates significant criteria “we would have liked to see this dynamic approach to case law tending towards increased protection for foreign nationals (even criminals) rather than towards increased penalties which target them specifically”.

It is worth adding that such recent judgments as Slivenko and others v. Latvia, or Ariztimuno Mendizabal v. France – as well as Rodriguez Da Silva – appear to express a new tendency to expand the protection under Article 8, guaranteeing protection to long-term resident immigrants regardless of the existence of family bonds, but solely on the basis of the necessary respect for their private life. This broadening of the convention’s protection, as recognized by the Grand Chamber in Sisojeva and Others v. Latvia, also raises important questions in terms of the relations between the ECHR and the national and Community regulations in this matter, with the Strasbourg judges having in similar cases to draw a careful balance between the applicants’ arguments and the preservation of the States’ margin of appreciation, and therefore respect for the structure of the national immigration regulations.

Although brief, this examination of the ECtHR’s jurisprudence in the matter of immigrants’ family life already underscores the picture’s lights and shadows, but also its dynamicity, and the presence of diverging thrusts, of trends not infrequently in conflict with one another.