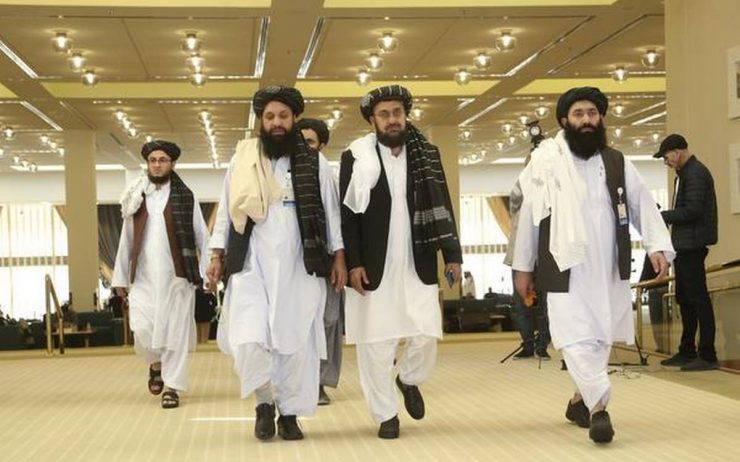 The Taliban’s Struggle for Legitimacy through Diplomacy

Since the return of the Taliban to power in Kabul on August 15, the world has kept close eyes on their words and acts because they are in transition from the insurgents to the new rulers of Afghanistan. Accordingly, the questions involves how the Taliban government which was announced on September 7 would effectively govern this war-torn country and, to that end, how they will approach the key issues of recognition by the international community.

Yet the scenario is not as promising as expected. Due to the previous record of harsh treatment of the Afghan people, the United States and its allies have warned the Taliban which are now in control of the country to respect the fundamental human rights of the Afghan people and follow the established laws of international relations. Just a few days ago, US Secretary of State Blinken talked to his Chinese counterpart Wang Yi that the United Nations Security Council (UNSC) should speak in a clear and unified voice to show that the international community expects the Taliban to ensure the safe evacuation of all foreign citizens and the Afghan people’s access to humanitarian assistance, and guarantee that Afghan territory cannot be taken as a harbor of terrorist groups.

Echoing Blinken’s remarks, FM Wang put it that the situation in Afghanistan has undergone fundamental changes. Thus it is necessary for all parties to make contact with the Taliban for mutual understanding and confidence. Accordingly, the international community first provides Afghanistan with urgently-needed economic, livelihood and humanitarian assistance while assisting the interim government fairly and inclusively to run the new businesses, such as insure social security and stability, curb currency devaluation and inflation, and embark on the path of peaceful reconstruction at an early date. Considering the fact that the Afghanistan war never achieved the goal of eliminating terrorist forces in Afghanistan, the hasty withdrawal of all foreign troops is likely to open an opportunity to various terrorist groups to resurge in the country again.

All major powers involved and the neighboring countries particularly should work on the premise that they respect Afghanistan’s sovereignty and independence, and accordingly extend recognition to the new government of Kabul.

Yet, recognition has been one of the toughest issues due to its confusing mixture of politics, law and mentality. According to the constitutive theory, any entity, both state and government, does not exist for the purposes of international law until it is recognized. Yet, this argument is opposed by the declaratory theory, according to which recognition has no legal effect, because the existence of a state or a government is truly an issue of pure fact. This study comes to accept the doctrine formulated by Hersey Lauterpacht that any new state or government has an obligation to meet the criteria required to receive recognition from other member states of the international community. It is self-evident that once recognized, a new entity is eligible for being extended the legitimate rights and necessary assistances from the international community. In theory and practice as well, no state or government wants to be isolated from the world. The Taliban is no exception.

Now with the Taliban having announced the formation of an interim government, an urgent step was made towards restoring order and post-war reconstruction in Afghanistan. As one of the neighboring countries of Afghanistan, China has made it clear that Afghanistan is sure to have the right choice and find a development path that is suited to its national conditions. The international community should believe that the Taliban will learn lessons from the past and unite all ethnic groups and political factions together to build a broad-based and inclusive political structure, pursue moderate and prudent domestic and foreign policies, protect the rights and interests of women and children, resolutely combat terrorist groups, and develop friendly and cooperative relations with other countries, not least its neighbours.

Over the past month after it regained the power in Kabul, the Taliban has demonstrated a rather practical ruling approach and seems to seek for a loose regional alignment with Pakistan, China, Iran and Russia through the multilateral platform of the SCO. Internally, the Taliban have declared to agree women to work and girls to be educated demonstrating an eagerness to reach peace agreements with other political actors, including the now deposed governmental officials. Externally, the Taliban have worked in light of the UN Security Council resolutions to advance a peaceful nation-reconstruction by providing the Afghan people with essential economic and humanitarian assistance.

All indicate that it is the time for the people of Afghanistan to determine their own future, allowing in practice to realize the “Afghan-led, Afghan-owned” process for the goals of peace, security and development. Due to this, it is necessary for the Taliban government to take the tips in their search for recognition at the historic crossroads.

First, geopolitically Afghanistan needs to approach its neighbours to assure its security belt and economic insurance. Among them is China that is internationally-known for its infrastructure-building and the largest manufacturing capacities. Also Iran and Pakistan are well-solid medium industrial countries. Along with other three central Asian countries, China-Pakistan-Iran are ready to keep ports open for Afghanistan and ensure the smooth cross-border flow of goods to facilitate Afghanistan’s access to external support, particularly the transport of humanitarian supplies, and to help Afghanistan to strengthen economic and trade connectivity with more other countries in the region.

Second, financially the Taliban government should urgently approach the countries in the Middle East, such as Qatar, Turkey and Saudi Arabic since they have more commons in terms of culture, religion and ethnics. Compared to the neighbours bordering Afghanistan which are strong in energy, transport, communications, infrastructure and other projects, the countries in the Middle East are generally stronger in finance and energies which are vital to the war-torn Afghanistan. Therefore, it has to act to tackle the earnest monetary difficulties in Afghanistan primarily due to the freezing of Afghan’s overseas assets. In fact, the United States froze nearly $9.5 billion Afghan reserves belonging to the Afghan central bank in mid-August after the Taliban took control of Kabul.

China insists that these assets belong to Afghanistan and should be used for Afghanistan, not as leverage for threat or restraints.

Third, diplomatically and morally the Afghan Taliban needs to appeal to the Muslim countries around the world which are supposed to have 57 countries. The Muslim World, also referring to the Islamic World, can be concerned with three different aspects related to those who practice Islam: religious, cultural, and demographical. Culturally, the term refers to Islamic civilization. In the demographical and geographical terms, it refers to the countries and other political regions where Muslims make up the majority of the population. Today with a population of over 1.7 billion people, Muslims represent over 24% of the world population. The two major sects of Islam are Shia and Sunni, acting the dominant religion throughout the Middle East, North Africa, the Horn of Africa and Central Asia. Yet, advances in communications and transportations have shortened the geographic distance between the east and west or the north and south. Accordingly, the Islamic world can help Afghanistan integrated into the world economy, serve the well-being of the Afghan people, and call on multilateral organizations and financial institutions to provide the necessary support for its nation-rebuilding.

China has paid close attention to a new Afghanistan under the Taliban-led government since its embassy in Kabul is a key channel for the contacts between the two sides. Along with Russia, Pakistan, Iran and some other members of the SCO, China urges that Afghanistan will form an open and inclusive government framework, adopt moderate and prudent domestic and foreign policies, and severe ties with all terrorist organizations. As some western states are being delusional that it is they who will determine Taliban’s “legitimacy”, China has firmly rejected their claims. For example, the United States and its allies insist that the engagement with the Taliban will depend on the fulfillment of the conditions presented to them. Yet China has worked with Russia to demonstrate common opposition to any external pressures on the Taliban, as President Putin said that the western way of so-called “civilization” of other nations is wrong entirely. Instead, China wants good relations with the new government in Kabul to ensure them to cut off all feasible links with the terrorists targeting its Xinjiang Uygur Region. As usual, China handles the situation in a more diplomatic way than other nations potentially threatened by the rise of the Taliban in the region. This is the rationale behind China’s increasing active approach to the conflict management and post-conflict reconstruction in Afghanistan.

Now after two-decade vicissitudes of its political status, the Taliban also have learn to expand its network of supporters by expanding its diplomatic outreach. The office in Doha (Qatar) has acted a pivotal role in various geopolitical realignments which have brought the Taliban closer to the regional powers. Scholars argue about the implications of the Taliban’s framing relations with the neighbour countries including the “Quad” led by China while pushing the US out of Afghanistan temporarily. It is self-evident that the Taliban has exhibited a readiness to align itself with erstwhile adversaries, such as Iran and Russia, and has steadily built on mutually needed partnerships with Pakistan and China. The Taliban’s overtures are surely designed to enhance its credibility internationally and expand opportunities beyond its traditional links with Pakistan. China, Russia, Pakistan and Iran all are maintaining their diplomatic presence in Kabul to continue engaging with the Taliban in the post-America era.

With three rings of recognitions from its neighbours, the countries of the Middle East and the Islamic world en bloc, Afghanistan under the Taliban can’t be isolated in the international community in a short run and a long run as well.