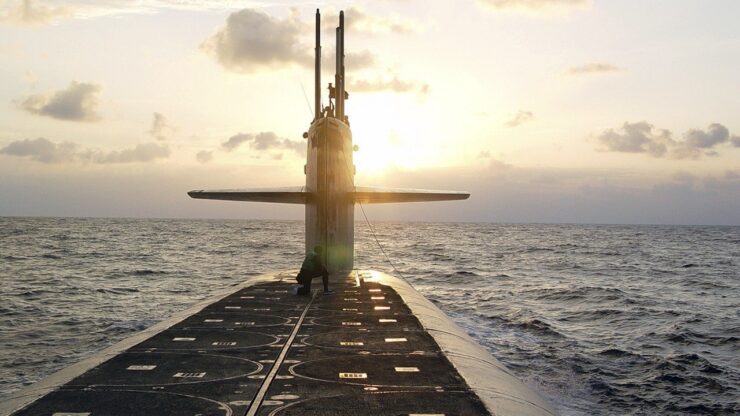 The Asian-Pacific calls for Mutual Respect rather than Nuclear Race

Since the end of the WWII, the United States has aspired for a preponderance of power in the world. Accordingly “America First” requires it earnestly to maintain the superiority rather than “parity” with any great powers, currently referring to China and Russia. Yet, with an emerging China and a resurgent Russia in sight, the United States has aligned with Japan, India and Australia into the “Quad” which aims to contain the rise of China. Moreover, the U.S has made a military pact with Britain and Australia, which is known as AUKUS to choke China’s rise to become the dominant economic and military power in the Asian-Pacific. To be sure, either the Quad or AUKUS claims shared vision for a free and open Indo-Pacific and a rules-based maritime order in the East and South China Seas.

However, considering the hasty withdrawal of the U.S. troops from Afghanistan, China has necessarily opined the U.S.-led Quad and the Anglo-Saxon axis as the core part of the strategy of containment against it. During his meeting with the leaders from Australia, Japan and India in the White House, the Quad discussed common concerns about China’s growing military and economic leverage while advancing concerted progress on Covid-19 vaccines and technological cooperation. In the light of the geopolitical uncertainties in the region, China has used diplomacy and public media to counter the United States and its allies’ moves and the mentality of the Cold War. On September, 29, two days prior to National Day of China, Foreign Minister Wang Yi reiterated the potential risks to the region in terms of the tripartite security deal among the U.S., UK and Australia.

Internationally, the risk is the prospect of accelerating nuclear proliferation. According to the Treaty on the Non-Proliferation of Nuclear Weapons, non-nuclear-weapon state like Australia can only use nuclear energy for peaceful purposes under strict supervision and safeguards. Yet, nuclear submarines, even not nuclear weapon, are conveniently used for military missions and the highly enriched uranium can be used directly to build nuclear weapons. Although the United States has strictly imposed unilateral sanctions on countries like Iran and North Korea for developing enriched uranium technology, it ironically gives Australia an access to the nuclear know-how and materials which are seen as a heavy blow to the international nuclear non-proliferation system. In effect, as nuclear submarines are strategic security forces of being capable of carrying nuclear weapons, the International Atomic Energy Agency (IAEA) is unable to conduct effective and timely supervision of nuclear submarines.

Regionally, AUKUS along with the Quad will rekindle a new round of arms race in Asia and the Pacific. The deal is sure to harm South Pacific Nuclear Free Zone Treaty (Rarotonga Treaty) which was signed in 1985 by the signatories including Australia and observed by Britain. Given this, Australia acts a threat to the region because some other countries will follow suit to seek for nuclear protection or the technologies concerned. In addition, Southeast Asia Nuclear Weapon-Free Zone Treaty (SEANWFZ) which was signed in 1995 symbolizes the common will of the people in the region and therefore deserves respect from all the countries and the nuclear powers as well. Yet it becomes a scrap of paper now that the United States and UK chose not to respect SEANWFZ, and even decided to transfer military nuclear technology to Australia which morally runs counter to the efforts made by ASEAN countries to build a nuclear weapon-free zone. Furthermore, compared to other part of the world, Asia and the Pacific are actually the regions where have existed most nuclear powers or the potential nuclear countries—from China, India, Pakistan, North Korea, Iran to Japan and South Korea.

Economically, AUKUS and the Quad will undermine the stability and prosperity in the region where thanks to the previous concerted efforts of the ASEAN countries along with three economic powers—China, Japan and South Korea, Asia and the Pacific have become the most dynamic and fastest-growing region in the world. To be sure, all the countries involved should cherish such hard-won achievements. Yet, since the Anglo-Saxon clique entertains a design of maintaining perpetual supremacy in the world, AUKUS acts to disturb the regional stability and development.

Accordingly, what has been discussed above unveiled that the United States and its allies not only sabotage a nuclear-free zone in Asia and the Pacific, but also lead to the resurgence of the Cold War. Just like the Quad that groups the United States, Japan, India, and Australia aims against China, AUKUS is subservient to the U.S. strategy of containment of China in more military terms. Both legally and morally, it acts against the trend of the times and common interests of the international community. As one of the major powers in the Asia-Pacific and a rising global power, China has reiterated its support to multilateralism which has discouraged the ideological lines and political or racial clique that aims to aggravate geographical tensions. Yet, as for the advocate for unilateralism, the United States has actually imposed sanctions against other countries on the ground of developing nuclear technology while outrageously transferring nuclear technologies to nuclear-free countries. This is typical double standards practiced by the U.S. governments consistently.

Meanwhile, the EU members which essentially are the NATO members too have expressed common resentment to the AUKUS deal. For example, Europe deems the deal as a “brutal, unilateral and unpredictable decision that contrary to the letter and the spirit of the cooperation across the Atlantic.” As a result, Europe must survive and stand up together. Under such circumstances, China necessarily approaches to Europe in a professional way. Firstly, China condemned the deal as an “extremely irresponsible” threat to stability in the Indo-Pacific region. Then, during the separate online talks with the EU and the NATO, China reiterates that it has not been, and will not be, an adversary of the EU and the NATO as well. Strategically, China follows a defensive policy which has committed to peaceful rise. Culturally, China does not entertain any design for seeking hegemony or spheres of influence. Accordingly, China continues engaging in diplomacy instead of coercion or traditional power politics. Yet, due to the fact that China is located in the Asia-Pacific, it has been offended by some NATO members for sending ships and planes to the vicinity of China. Now it is necessary for Brussels rather than Beijing to adhere to its original geographical commitments and play a constructive role in securing peace and stability in Asia and the Pacific.

In reality, China has become the largest trade partner now, and also began engagement with the NATO in 2020. Therefore, Beijing and Brussels should see each other as cooperative partner rather than systematic adversary. In terms of global security and governance, China and Europe have many commons in developing a constructive relationship. Bilateral relations cover a range of issues from non-proliferation, climate change and the Covid-19 to counter-terrorism, anti-piracy, cyberspace and international peacekeeping missions. Now the Biden administration has also approached Europe with the notion of “responsible competition” which argues for writing the rules of the world affairs. Yet, in the case of China, Europe, either the EU or the NATO, seems uninterested in returning to the old Cold War time. In contrary, China’s extension of peaceful development is formally welcomed by Europe. Moreover, China and Europe hold that “there is only one international system, i.e. the international system with the UN at its core. There is only one international order, i.e. the international order underpinned by international law. And there is only one set of rules, i.e. the basic norms governing international relations underpinned by the purposes and principles of the UN Charter.”

To those ends, all the countries concerned should follow the tenets of equality, mutual respect and reciprocity to tackle the thorny issue in the Asia-Pacific and beyond.

The article contains the personal point of view of the author. It may not match the position of NGRN.