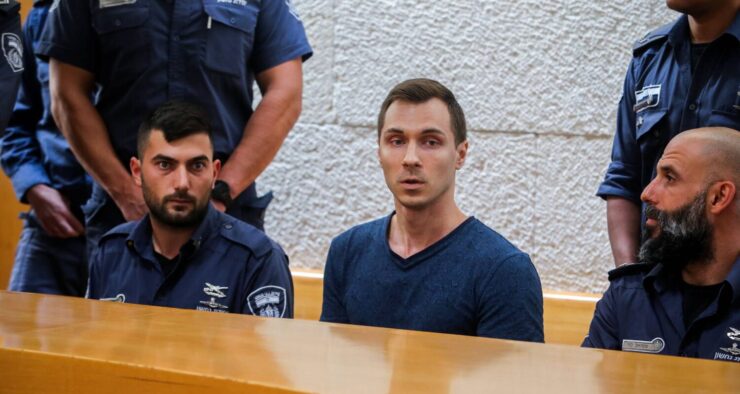 Whatever it takes, Russia wanted him back

According to the U.S. Immigration and Customs Enforcement, U.S. officials, an unexpected move from U.S. officials have deported Russian citizen Alexei Burkov, who was sentenced in 2020 to nine years in US prison on charges of malware and credit cards fraud.

Police officers of the Russian Interior Ministry at the Moscow airport and the National Central Bureau of Interpol detained Alexey Burkov, who was deported from the United States. He is accused of involvement in the manufacture and sale of counterfeit bank cards and trading in confidential data of customers of credit and financial institutions.

The Russian, who operated under the hacker alias “K0pa” and ran CardPlanet, forum for trading stolen card data, as well as Maza and DirectConnection, closed communities used by Russian-speaking hackers to organize future illegal transactions (buy and sale stolen financial information, credit card data, etc.) were detained by Israeli security services in 2015 at Tel Aviv Airport. And in November 2019 he was extradited to the United States despite blackmail by Russia, which offered Israel to exchange Burkov for Israeli Naama Issachar, sentenced to seven and a half years for drug smuggling.

DirectConnection and Maza sites also used by members of a criminal group known as JabberZeus Crew (used with their own versions of the ZeuS Trojan to hack businesses and companies located not only in the United States but also around the world). Mr. Burkov maintained close contact with one of its main participants, also a Russian, Yevgeny Bogachev.

It has been established that since the end of autumn 2013, when the conflict between Ukraine and Russia was beginning to escalate, Yevhen Bogachev, reconfiguring his botnet, focused his efforts on Ukrainian Internet users, as well as on objects and critical information infrastructure of Ukraine. Searches in emails and documents were performed on specific keywords that are specific to classified documents. Similarly, Bogachev searched for keywords while working in the infected systems of a specialized police department of the Turkish Foreign Ministry, trying to intercept reports of a Russian-backed conflict in Syria on Turkey’s southern border.

The use of individuals by special services of the Russian Federation as private contractors to conduct intelligence operations helps to reduce the overall costs of operations in cyberspace and the risk of disclosure.

So, was Alexei Burkov one of the elite cybercriminals who offer the state a resource, using a semi-protected status to perform his work, if it is directed against foreign goals… the returning of which Russia has long desire?