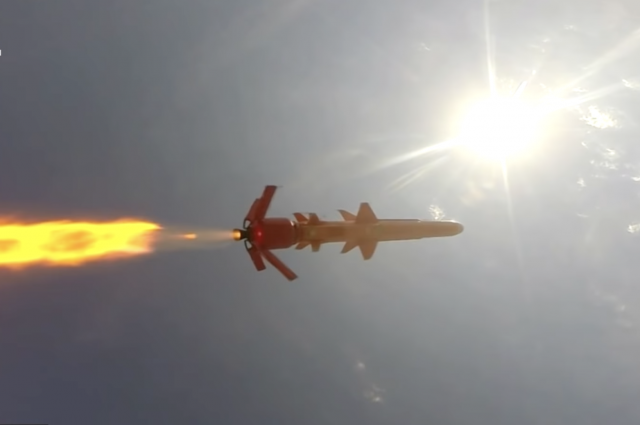 Analysis of radar satellite imagery has revealed the location of the Moskva soon after she was reportedly hit by 2 missiles. The Russian Navy cruiser was the flagship of the Black Sea Fleet and is a symbolic as well as naval loss for Russia.

The Russian cruiser Moskva will go down in history. The sinking will be studied and written about, both as a single event and, likely, a key moment in the War.

The fog of war is still obscuring the event, and information operations are clouding it further. But we can look again at the open source intelligence (OSINT) picture. In particular, the ship’s movements and where she was when it happened.

Analysis of radar satellite imagery of the northern Black Sea on April 13, appears to pinpoint the stricken ship. Other vessels are seen in attendance. The location of the event can now, for the first time, be given coordinates.

A ship matching Moskva’s size and situation is seen at 45°10’43.39″N, 30°55’30.54″E. This position is east of Snake Island, 80 nautical miles from Odesa and 50 nautical miles from the Ukrainian coast. The satellite passed at 6.52pm local time. Based on analysis by multiple people, we are confident that this shows Moskva’s final hours.

The ship was reportedly hit by two Ukrainian missiles. This has been disputed, or omitted in Russian sources but has been confirmed by a Pentagon source, says the AFP News Agency. If a Ukrainian Neptune anti-ship missile was used (and we treat this as unconfirmed at this time), then the location is within range. Moskva has been active since the start of the invasion and this location matches with patterns we observed previously.

Because of the nature of the low-resolution radar satellite imagery we cannot be certain of the identification. But it matches and, following second opinions, we now have confidence that this is it.
The location is also very close to where the ship was sighted on April 12 in satellite imagery.

The loss of the flagship of the Black Sea Fleet (BSF), Moskva, is a serious blow to the Russian Navy. And a massive propaganda coup for the Ukrainians who could not have wished for a more symbolic target.

Moskva was a dated platform. It’s offensive capabilities, with P-1000 Vulkan missiles, were still formidable. And it’s S-300F still relevant. Yet it had received few upgrades to keep it up to date. Its situational awareness and defensive capabilities were likely dated. This highlights the challenges which have been facing the Russian Navy for the past 30 years. There is a mismatch between Russia’s financial situation and its Naval assets. This has led to increased reliance on legacy platforms.

At the collapse of the Soviet Union Russia inherited a superpower-scale Navy. Not one without deficiencies, but certainly one with global reach and some powerful capabilities. As the economic realities of the 1990s hit this vast armada was scaled back. Naturally the older platforms were the first to go, leaving a leaner but overall more modern core.

At the time the Slava class cruisers were among the most impressive. Together with the Kirov class battle cruisers and single aircraft carrier, they became de facto capitol ships of the new Russian navy. But since then investment and progress has been slow. Russia has shown plans for modern large destroyers or cruisers, but has not been able to afford to build any.

Some modern warships have been built but they are all much smaller. And so we have the Black Sea Fleet of the Ukraine Invasion, centered around the aging Moskva. With the smaller units actually being more modern. Both conceptually and technologically.

It is hard to predict where the naval aspect of the war will go from here. Russia still has a numerical and technological advantage in the Northern Black Sea, but Ukraine appears to have a means to fight back. Russia still has control of merchant shipping, but she may have lost full command of the sea.

H I Sutton writes about the secretive and under-reported submarines, seeking out unusual and interesting vessels and technologies involved in fighting beneath the waves. Submarines, capabilities, naval special forces underwater vehicles and the changing world of underwater warfare and seabed warfare. To do this he combines the latest Open Source Intelligence (OSINT) with the traditional art and science of defense analysis. He occasionally writes non-fiction books on these topics and draws analysis-based illustrations to bring the subject to life. In addition, H I Sutton is a naval history buff and data geek. His personal website about these topics is Covert Shores (www.hisutton.com)

Articles was published at Naval News