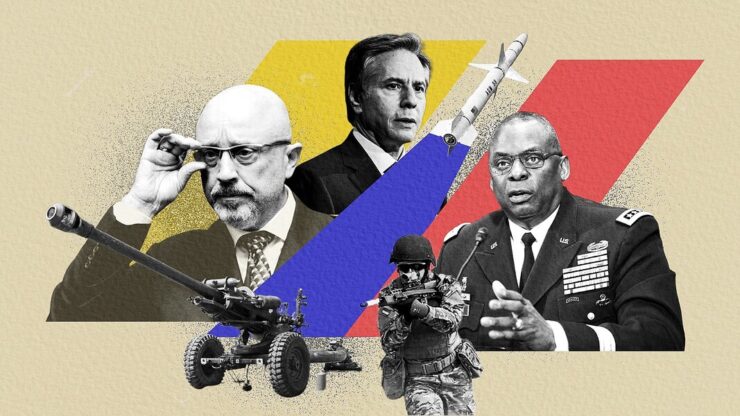 A long-term game. Ukraine is ready for a long war, and the West – for long-term support for Ukraine

Ukraine is preparing not only for a long-term military confrontation with Russia but also for coexistence with her after the end of the active phase of the war. In order not only to withstand but also to win back the territories occupied by Russia and continue its existence as a state, Ukraine needs long-term comprehensive support from the West. Ukraine’s main Western ally, the United States, understands this and is ready to provide such support. This support will be based on measures aimed not only at ensuring Ukraine’s ability to effectively counter Russian military aggression today or tomorrow, but also at building such defense forces that will be able to protect its sovereignty and territorial integrity for years to come. Such conclusions can be drawn based on how Ukraine and the United States see the prospects for the development of the Russian-Ukrainian war, as well as the decisions already made and planned by the United States and its allies regarding long-term assistance in strengthening the defense capability of Ukraine.

Current Ukraine’s vision of the development of the Russian-Ukrainian warcan be learned from a recently published conceptual article entitled “Prospects for ensuring the military campaign in 2023: Ukrainian view”, written by the Commander-in-Chief of the Armed Forces of Ukraine Valeriy Zaluzhny and the former commander of the ATO forces Mykhailo Zabrodsky.

So, according to their estimates, the war will most likely cross the calendar milestones of 2022. The military ambitions of the Ukrainian side and the vision of what exactly the Armed Forces of Ukraine need as assistance from Western partners for the next year, according to the high-ranking Ukrainian military, should be based on this assessment.

Speaking about ambitions, the authors of the article note that such ambitions, in particular, should be a radical change in the strategic situation at the front, which will consist of the carrying out infliction by the armed forces of Ukraine during the 2023 campaign of several consecutive, and ideally, simultaneous counterattacks.

For this to be possible, it is necessary to change the disproportion in the capabilities of Ukraine and Russia, the most significant embodiment of which is the difference in the maximum range of weapons. If for the Russian army it is up to 2000 km, taking into account the flight range of air-launched cruise missiles, then for the armed forces of Ukraine it is actually limited to 100 km by the range of missiles and the depth of the launch positions of obsolete tactical operational missile systems. The Ukrainian army, at best, can strike with obsolete weapons only to the depth of the enemy’s operational rear. While he is capable of hitting with impunity the targets throughout the entire depth of the country. The authors of the article are convinced that as long as this situation persists, this war can last for years.

In order for the scenario with the war for years not to materialize and for Ukraine could liberate its territory faster, she, in particular, must oppose Russia with its ability to act in a similar way and at a similar range. Here, the authors of the article mean that Ukraine’s partners should supply the Ukrainian army with weapons systems or certain types of ammunition with an appropriate range. At the same time, they note, an integrated approach should be applied to the re-equipment of artillery, missile forces, tactical aviation, and the Ukrainian Navy and other components of their power. The discussion should be about creating or increasing capabilities, and not just about the number of weapons and equipment for brigades planned for the reequipment. Only if the balance in weapons range is leveled, Ukrainian generals believe, we can talk about a turning point in the course of the war and the subsequent complete liberation of the Ukrainian territories occupied by Russia.

As the authors of the article note, significant military-technical assistance from its partner countries should remain among the foundations of Ukraine’s further effective resistance to Russian military aggression.

All of the above mentioned is well understood by one of Ukraine’s main allies – the United States. The proof of this is Washington’s already adopted and planned decisions regarding long-term assistance to Ukraine in strengthening its defense capability.

One of them is the fifth meeting of the contact group on the defense of Ukraine, which took place on September 8 at the Ramstein airbase in Germany. In the context of this meeting, two important points should be noted.

The second is that during the meeting, US Secretary of Defense Lloyd Austin discussed with his colleagues from allied countries a new US strategic vision for the development of the Ukrainian army.

Here also should be mentioned the reports of the American media that the Pentagon is now preparing a detailed analysis and developing a program on how to support the Ukrainian army in the medium and long term, including after the end of the war with Russia.

These efforts are being led by Chairman of the Joint Chiefs of Staff Gen. Mark Milley and will be built on the multibillion-dollar US military aid to Ukraine since Russia’s invasion in February.

The process is in its early stages, and a senior US official said he is looking to the future of Ukrainian forces to answer key questions about “what makes sense?” and “what do we want Ukraine should have in the medium and long term?” in terms of military support.

Apart from the current war, which is expected to be long, the US is looking at at least another five years after the end of the war.

The analysis is being carried out jointly with Ukrainian experts, and if approved by President Biden, this could lead to the creation of a long-term American program of military support for the Armed Forces of Ukraine. The report is expected to be “completed within the next month or two,” a senior official in Washington told CNN, stressing that Ukraine’s views would be at the center of it.

Such efforts could streamline the US and allied involvement in Ukraine for years to come through long-term, multi-year arms contracts that could initially be completed before the end of Joe Biden’s first term.

By the way, last month during a discussion of assistance to Ukraine, US Under Secretary of Defense for Policy Colin Kahl noted: “Although many of these capabilities are not intended to directly contribute to today’s struggle, they will form the basis of a reliable future Ukrainian forces capable of defending Ukraine for years to come”.

It is also important to note that, simultaneously with the meeting in Ramstein, another important event took place: the arrival in Kyiv of US Secretary of State Antony Blinken. In the Ukrainian capital, the head of US diplomacy announced the 20th US$675 million allocation of US arms and equipment to Ukraine since September 2021, and that the US intends to provide an additional $2.2 billion in long-term investment under foreign military funding to strengthen the security of Ukraine and 18 of its neighbors.

And for a full picture, it should be toted the news recently circulated by the US media that in the near future the White House will appoint a general who will deal with issues related to providing assistance to Ukraine. This is evidence that US assistance to Ukraine is reaching a completely different – planned – level. Accordingly, support will be included in the US budget and will be provided not in “surges”, but in a planned manner.

All of the above mentioned is the actual embodiment of the words said by Antony Blinken and Lloyd Austin during their visit to Kyiv in April this year. Then Antony Blinken made a number of statements showing the determination of the United States to continue and increase support for Ukraine, not only to preserve it as a state but also to win this war. “We don’t how the rest of this war will unfold, but we do know that a sovereign, independent Ukraine will be around a lot longer than Vladimir Putin is on the scene. And our support for Ukraine going forward will continue and it will continue until we see final success,” the US Secretary of State said at the time.

In turn, the US Secretary of Defense said that the US goal is to weaken Russia to such an extent that it could no longer do what it did during the invasion of Ukraine.

So, what do we have today in the solid residue? Ukraine is preparing for the war with Russia in 2023 and, possibly, beyond. One of the keys to Ukraine’s future success is comprehensive Western assistance, which will help change the disproportion in the capabilities of Ukraine and Russia. The United States is ready to provide this assistance not only today but also for a long period, thereby helping Ukraine to rebuild its defense system and prepare it for the long-term defense of the state from an aggressive neighbor.