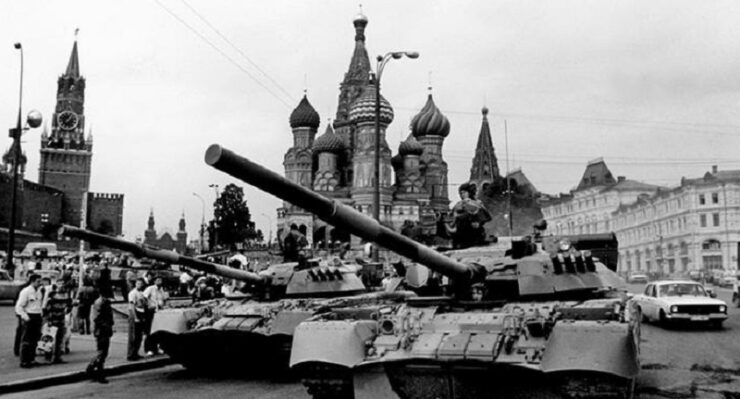 Downfall: The last days of Vladimir?

Russian president Vladimir Putin has failed in Ukraine and his vaunted army is in undignified retreat. His failure and the army’s ongoing collapse are entirely predictable results of the system of massive corruption on which he has based his rule. And failure means that his days are numbered. He may last a week or he may last months, but he’s on the way out.

The news from Ukraine is not encouraging for the Kremlin and its propaganda and disinformation warriors. They are losing the war. That comes as no surprise. Even before suffering losses on the battlefield in Ukraine, Mr Putin had lost back home in Russia. Like a latter-day Frankenstein, he had been overwhelmed by a monster that he himself had created, or at least massively encouraged and developed – the monster of corruption, which now permeates the fabric of the Russian state and society.

Our 21st-century Tsar was confident that he could control corruption, steer it, harness it to serve his purposes and interests. He was wrong. It ran out of control and, like a malignant disease – leprosy or cancer – it started to destroy Russian statehood and military power from within.

The mass of wealth created, distributed, and spent during Tsar Vladimir’s reign has no precedent in Russian history. But it failed to translate into a sustainable and efficient governance model for the country. The cash cornucopia catalysed corruption, creating an oligarchic class and an elite incapable of spending public and private funds effectively. The rates of economic growth and the technology upgrades achieved were unimpressive even by Soviet standards.

The armed forces – the pride of the Russian state – failed to benefit as they might have done. True, defence budgets have been at record levels. Nominally they have been in excess of $60 billion in each of the last five years, far higher than in the time of Mr Putin’s predecessor Boris Yeltsin (the 1995 total, for instance was just $12 billion). But the sums allocated were ruthlessly plundered, dissipated by misappropriations and outright theft, and – even along with incessant military drills – they did not produce combat-capable units armed with modern weapons. The Russian military-industrial complex managed to produce new weapon-systems that looked good on parade, and quite possibly were good as far as they went. But it failed to scale them up into the sort of mass products that can win wars.

Mr Putin also undermined the professional military leadership of the armed forces, replacing professionals with loyalists from the secret services and effectively destroying the officer corps. The supreme insult was the appointment as defence minister of Sergei Shoigu, a Putin crony without any professional experience in the army. All this was compounded by the arbitrary use of the army for ill-defined special operations without clear objectives.

In short, Putin’s corruption based model was incapable of sustaining a long war in Ukraine. And, when it turned out that the war would be a long one, it predictably didn’t sustain it.

Failing the test of war

Now, all this was not obvious immediately: In peacetime, the extent of the damage could be concealed against a general background that was, on the face of it, not too bad. The economy seemed in reasonable shape, even if that was in fact a matter of high energy prices rather than sound fundamentals and the diversification that was so badly needed. The government was stable, the opposition powerless, and the populace quiescent. It looked as if the armed forces were well-financed, were benefitting from significant modernisation, and were getting useful combat experience and winning some successes in Syria.

When it came to war, however, the fragility of Mr Putin’s corruption-based governance was exposed.

From the start of hostilities, Ukraine’s fierce defence, resilience and resourcefulness contrasted with – and to a significant extent prevailed against – a Russian offensive hampered by low morale, by overreliance on old tactics, old assumptions and old force-structure, and by corruption-linked problems like poor maintenance and fuel shortages (not least because an important form of corruption had been the illegal sale of spares and fuel stocks). Failing spectacularly in their drive to take Kyiv, the Russians gained ground elsewhere, but slowly, at enormous cost in casualties, and largely by means of artillery and atrocity. These were techniques that had been perfected in Chechnya and Syria, but would have immense long-term political cost in Ukraine even if Russia were to succeed in military terms.

More recently, the Ukrainian counteroffensive in the South and South-East and around Kharkiv has revealed further deep cracks in the Potemkin facade of Russian military omnipotence. The retreat of Russian army units has seemed closer to a rout – disorganised and marked by panic. In a week, the Ukrainian army has managed to take back more territory than the Russian army had succeeded in taking in five months, opening further routes of vulnerability in all directions. Including Crimea.

In short, Mr Putin – and many outside Russia – thought the Kremlin had at its disposal a mighty, well-oiled and modernized military machine that could prevail in a few days against a politically cowed and militarily weak foe. It turns out that it’s still an ill-led, ill-fed, ill-supplied, easily demoralized and largely conscript army, over-reliant on vulnerable tanks. And that its troops are now in retreat or, in some cases, surrounded by the Ukrainians and deserted by their senior officers.

The heavy losses of fighters, weaponry, equipment and battleground positions send a powerful signal throughout the Russian lands: the Tsar is weak and it’s time for a change. After less than seven months of fighting, around 50,000 Russian soldiers have died in Vladimir’s war so far. That’s over three times as many as the Soviet servicemen who died in a decade in Afghanistan. It’s also five times the number of armed men and women who take part in the annual Victory Day parade on Red Square on May 9th. Control of the media can’t hide losses of that scale indefinitely.

Russian propaganda has only one move left; and it’s a desperate one – to explain the losses by the direct involvement of NATO troops and equipment. Mr Putin’s troops, that is, are losing to NATO, not to little Ukraine. One particularly egregious propaganda hoax explained the encirclement of Russian forces in the Balakliya area by the arrival of 10,000 “SEALs” from the US Navy’s special forces and as many as 100,000 members of Britain’s elite Special Air Service (SAS) and Special Boat Service. Given that active-duty SEALS number around 2,500 in all – while the SAS (excluding two reserve regiments) appears to have a normal strength not exceeding 600 and that of the SBS is around 200! – this was quite a remarkable assertion, though admittedly it’s not clear whether it originated in Russia’s official propaganda apparatus.

But it would seem that this sort of line isn’t confined to nonsensical internet posts. Moscow is trying to use the institutions of the United Nations itself to propagate it. Russia’s permanent representative there has demanded an urgent meeting of the UN Security Council to discuss US and NATO military aid to Ukraine. It doesn’t seem likely that the Kremlin expects a decision in its favour to result, because the UN Charter explicitly gives an invaded country the right to defend itself and to receive military assistance against the aggressor. The only plausible use of such a meeting for the Putin regime would be as a platform to chastise the West for its own failures in Ukraine and thus whitewash Mr Putin’s tarnished reputation at home.

To judge from the last few days’ developments, incoming news from the front line can only deepen the gloom in the Kremlin and among its friends in the West. Mr Putin has taken the first steps in a course of subversive action that he hopes will spark energy price riots, toppling EU governments and force the West to agree to his terms for Russian energy supplies. He is no doubt contemplating more. But there is little sign so far that this is having any effect. Instead, it is his own regime has started to wobble. And the wobble at the elite level is becoming steadily more pronounced and will eventually become unstoppable with the general public adding its anger for the dead and the wounded.

Trying to guess precisely what is going on in the Byzantine world of the Kremlin is about as productive as reading tealeaves, so I won’t even attempt to do so. But it’s clear in general terms that big shifts are afoot, at elite and mass level. Car-bombings, suspicious falls from hospital windows, brave declarations against Mr Putin by district councillors in Moscow and St Petersburg, a sudden shift to hostility among Russian military bloggers in the last few days – all this suggests radical changes, even if it’s not yet clear what they are. But I would point to a few key points, to argue that change will not be delayed long:

First, the sinister Chechen warlord and Putin loyalist Ramzan Kadyrov – who has played no small part in the Ukrainian adventure – has hinted recently that it is time for him to step back. If Mr Kadyrov is thinking of baling out, then Mr Putin’s plane must really be in a nosedive. The withdrawal of his support may be a serious blow, just as his attitude could have profound effects on a successor regime – and in particular on whether Russia survives or disintegrates as a federation.

Second, there’s no general so angry and dangerous as a defeated general – even one who was politically appointed in the first place. Mr Putin has sent his army to defeat and humiliation, and may now be looking for soldiers to blame and punish. This morning’s official news is that he has cancelled a meeting scheduled with senior military men. He may fear a showdown. He should certainly fear his generals.

Third, a full mobilization is not a card that Mr Putin can play any more. Given 50,000 deaths and now reverses on the battlefield, the risk of an explosive public reaction is too great, while mass non-cooperation is more or less certain.

Fourth, the effectiveness of “energy war” is limited, which more or less eliminates the possibility that, if Mr Putin can just hold out long enough, Europe will capitulate as its population grows cold, restoring the failing Tsar’s credibility. The timing is not right for the Russian President as events unfold at a faster pace than bitter cold winter and gas shortages. The point is not just that the West is now in a mood to call Mr Putin’s bluff. It’s that Europe can hold out with no gas from Russia longer than Russia can completely withhold gas from the EU. That’s not a matter of will, but a technological fact about the gas business. There are limits to shutting down production wells and transmission wells. Do that, and the recovery cost my go sky-high. Even if Mr Putin were willing to commit economic suicide in this way, would his elite let him?

The denouement may be very close or may be further down the line. But either way, Mr. Putin is on the way down and on the way out. His Ukrainian adventure has widened the cracks in Russia’s junta beyond repair.  And the consequences for Europe will be long-lasting and far-reaching.