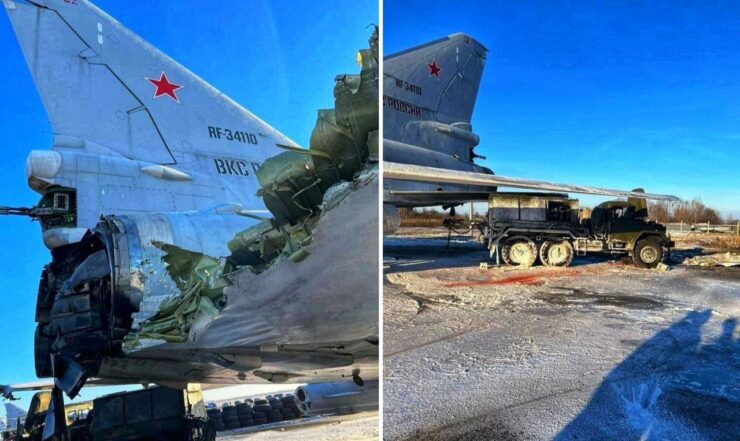 Russian-Ukrainian war. The importance of Bakhmut and another failure of Russian defense

The situation at the front

Nowadays, active hostilities are underway along the entire front line, but the most difficult area remains the one near Bakhmut. All combat-ready units of the Russian army, including those relocated from the Kherson direction, were sent there. Every day Russian troops make attempts to storm Ukrainian and carry out shelling with various types of weapons with the support of aircraft. At the same time, the Russians traditionally use the “scorched earth” tactics and throw a lot of infantry into battle, regardless of losses.

After unsuccessful attempts to take Bakhmut by frontal attacks, the Russians are now trying to surround it from the east and south. But, it is quite difficult for them to do this because every attack is met by reserves of the Ukrainian army, Ukrainian artillery, and aviation.

The importance of Bakhmut for Russians is due to several reasons.

The first is purely political. The “liberation” of the so-called Donbas republics was set as the priority goal for Putin’s so-called SMO. This goal became especially relevant for him after the Russian army failed to achieve other goals – the capture of Kyiv and other large Ukrainian cities. Moreover, until today, Ukrainian forces managed to liberate more than 50% of the territories that were occupied by the Russians in the first days of the war. And now the Russian army is trying to move forward to reach the administrative borders of the Donetsk region and show that at least one of the goals of the so-called SMO is completed.

The second reason is psychological. In military terms, Bakhmut does not have any strategic value. Although since August Russia has made Bakhmut one of the priority directions of its offensive operation in the Donbas, in terms of used resources (primarily human) and the possible benefits that could be obtained as a result of such an operation, its feasibility is rather dubious. Russian casualties in the six months of brutal fighting around Bakhmut significantly exceed any operational advantage they could gain from capturing the city. Nevertheless, Bakhmut has an important psychological significance for the Russians, because, after a series of painful defeats, in particular in the Kharkiv and Kherson regions, they need at least some kind of rehabilitation for these defeats. They are eager for revenge and are trying to show that they can attack somewhere else.

The third reason is “distracting”. By continuous pressure on Bakhmut, the Russians want to attract as many Ukrainian forces as possible here, to draw them into a protracted positional war with numerous losses, thereby distracting them from preparing and conducting offensive operations in other sectors of the front. At the same time, they plan to accumulate resources (in particular, by carrying out the next wave of mobilization) for their counter-offensive actions.

In general, we can say that the Bakhmut direction and what is happening there is today, if not decisive, then very important for the further development of the situation both in the Donbas and in other sectors of the front.

The “most brazen attack” on Russian territory

On the night of December 4-5, attacks were carried out on two objects of Russian strategic aviation: the Engels airbase near Saratov (700 km from the border with Ukraine) and Diaghilevo (in the Ryazan region, 450 km from Ukraine). Both of them are home bases for Tu-22M-3, Tu-95-MS, and Tu-160 bombers, with which Russia carries out missile attacks on Ukrainian territory.

The air bases were hit when the Russians were preparing a new wave of missile attacks on Ukraine, which took place in the afternoon of December 5 (more than 60 out of 70 missiles launched by the Russians were shot down by Ukrainian air defense). As a result of the strike, one Tu-22M-3 and two Tu-95 aircraft were damaged.

At the moment, there is no exact information on how exactly the attack on the air bases was carried out. The versions of use of both the modified version of the Tu-143 “Reys” UAV (a Soviet reconnaissance UAV, developed in the 1970s) and some recent Ukrainian development are being considered. However, the main sense of the strikes on the Russian strategic aviation bases is not in what exactly they were carried out, but in the fact that Ukraine has once again shown that it can reach military targets in the depths of Russian territory.

Secondly, the attack on a military facility, which is one of the elements of the Russian nuclear triad, is a demonstration of Russia’s extreme vulnerability and another strong blow to Putin’s ego, as well as to the myth of the greatness of Russia and its army. The New York Times called the strikes on Russian strategic airfields “the most brazen attack into Russian territory in the nine-month-old war”, while British intelligence considers it as “most strategically significant” force protection failure of the Ukraine war.

Thirdly, the abovementioned strikes may also have consequences for the situation directly at the front. The Russians today are sorely lacking air defense systems. Because of this shortage, they are even forced to transfer their S-300 systems from Syria. And now the Russian command faces a dilemma: to withdraw part of the air defense forces from the front and relocate them to important strategic facilities inside the country, thereby further weakening the front, or to leave their important military bases defenseless. The Russian military command could now try to move part of its air defense systems, which were stationed closer to Ukraine, and make a full-fledged layered defense to protect facilities located in the rear. In practice, this will mean a significant dispersal of air defense systems and a decrease in their number on the front-line and front-line areas. And this, in turn, will create more opportunities for the use of Ukrainian aviation.

Amid recent worrying news that many Ukrainian partners in the West are running out of weapons they can deliver to Ukraine, military aid continues to flow.

For example, the United States plans to transfer to Ukraine a new $275 million military aid package, which will include new capabilities to defeat drones and strengthen air defenses. The package also includes rockets for HIMARS launchers, 80,000 155mm artillery rounds, HUMVEE military vehicles, and about 150 generators. It should also be noted here that on December 8, the U.S. House of Representatives approved the project of the country’s defense budget for 2023, which will amount to $847.3 billion. From this sum, Ukraine will receive $800 million.

Another important piece of news from Berlin was the readiness of the U.S. to support the transfer of German Leopard-2 tanks to Ukraine. According to Marie-Agnes Strack-Zimmermann, head of the Bundestag Defense Committee, the transfer of Leopard 2 tanks to Ukraine was confirmed within the discussions in the State Department, Congress, and the Senate during her visit to Washington.

She emphasized that the U.S. expects Germany to fulfill these obligations.

“We should not leave Ukraine. They need the tanks,” Shtrak-Zimmerman said. It is known that only from the stocks of manufacturers Rheinmetall and Krauss-Maffei Wegmann, Germany could provide Ukraine with 80 Leopard 2 tanks in the shortest possible time.

Another package of military aid to Ukraine was also approved by the Slovak government. It includes artillery and aviation ammunition, warm clothes, and other equipment. Earlier, at the end of November, Slovakia provided the Ukrainian army with 30 BMP-1 infantry fighting vehicles. In addition, Slovakia is considering the possibility of resuming the production of large-caliber ammunition for Ukraine.

The abovementioned military assistance packages should enhance the offensive capabilities of the Ukrainian army, which is an important aspect in the context of its successful winter military campaign. In addition, these military aid packages show that, despite certain difficulties, Western partners continue and will continue to support Ukraine. The reason for this is quite simple: there is a clear understanding there that this support largely determines not only Ukraine’s ability to withstand and defeat its aggressive neighbor, but also the future of the entire civilized and democratic world, built on norms, rules, and respect for them.

We have already written that Russian cannon fodder, and, in particular, among the mobilized, is gradually running out. Therefore, to be able to use it again and again, Putin needs to carry out additional waves of mobilization or declare martial law and general mobilization.

And now, Putin himself recently spoke about this. Speaking to the Russian military right after the Gold Star medal ceremony at the Kremlin, he said the war against Ukraine could be a “long process.” And without new human resources, which can only be obtained through new mobilization, it will simply be impossible for the Russian army to withstand this “long process”.

The fact that Russia is waiting for a new wave of mobilization is also evidenced by a document called “Conclusions of the war against NATO in Ukraine”, which is developed by the Kremlin and distributed in the Russian army. In this document, in particular, it is noted that there has not been such a war for more than 80 years, and for Russia to achieve victory, the size of its army should be about 5 million troops.

There is also information that the military registration and enlistment offices in the regions received instructions from the Russian Ministry of Defense to begin intensive work on mobilization.

That is, the Kremlin understands that without significant additional human resources, Russia will not be able not only to win the war but also not to be defeated. However, given that in Russia at the moment there is neither the opportunity nor the time for high-quality training of personnel for the army, a new wave of mobilization will only worsen its overall quality, and, instead of improving it, will only aggravate the situation at the front for it.