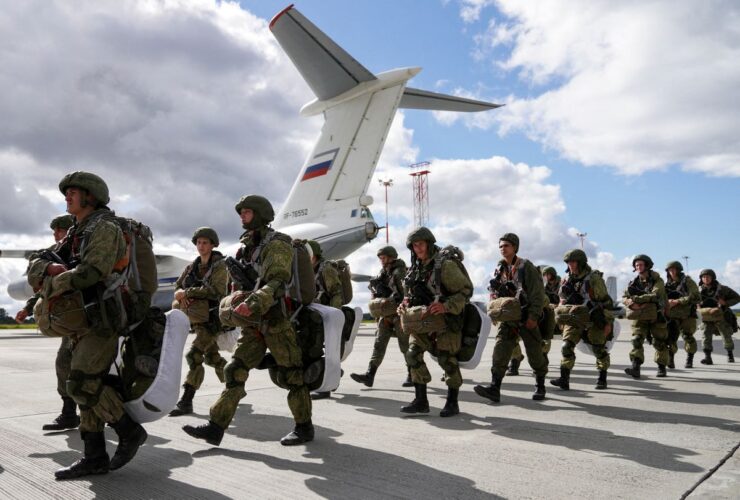 Russian offensive January-February: is it possible?

Mykhailo Samus believes that the new offensive of the Russian Federation will take place no earlier than February, and for this the Russians need a new wave of mobilization.

Russia is indeed preparing a new large-scale attack on Ukraine, but it is unlikely to take place in January 2023, as some experts predict.

“I do not support the point of view about the offensive of the Russian Federation in January 2023. In any case, there is not much time left until January, and now it is not clear that Russia has prepared a strike group, or whether there are any efforts to prepare such a group, so that on any of directions,” he said.

Where will they attack?

The expert noted that there are not many directions left in the Russian Federation where it is possible to advance. Samus singles out the Zaporizhia direction, Donetsk and Luhansk regions and does not rule out threats from Belarus.

“These are the directions where Russia could conduct a repeated offensive operation. So far, there are no such strike groups that could now take over and turn the tide of hostilities. That is, we see efforts near Bakhmut, but these are tactical efforts, they do not lead to an operation They can try to make the same efforts in other areas,” says the analyst.

Samus emphasizes that the Armed Forces are also awake and Ukraine is preparing tactical actions and operations.

“That’s why all this doesn’t look so optimistic for the Russians. I don’t see an opportunity to carry out an operation in January,” he says.

When will they come?

The expert suggests that the Russians may go on the offensive at the end of February, as they did at the beginning of the invasion.

“There are two months left until February 24, a little more. During this time, it is possible to form a strike group from Belarus. Just as the ground freezes and February frosts will allow the occupiers to hope that they will be able to conduct an operation in difficult terrain, for example, in Volyn. Or attack the Kyiv region again. Theoretically, this is possible. But so far there are no such signs,” says Samus.

What do the Russians need for this?

He emphasizes that the Russians may not have enough strength for a new offensive operation, so they need to conduct a new wave of mobilization from the New Year.

“If they create a group of 100,000 troops together with Belarusians on Belarusian territory, it suggests that they will in fact use up this resource of mobilized troops that currently exists. They will need to fill the huge front that exists in Donbas, in the south, to defend Crimea etc.

That is, they must necessarily conduct another wave of mobilization. I think it will start right after the New Year. Otherwise, they will have a huge problem with human resources,” the expert believes.

In addition, Samus predicts the third wave of mobilization in the Russian Federation in March or April, which will take place against the background of the complete collapse of the front for Russia.

“These will be agonistic efforts to somehow fill the front, which will be pouring down,” he concluded.

Earlier, the Commander-in-Chief of the Armed Forces of Ukraine Valery Zaluzhnyi warned that Russia was stockpiling people and weapons for a new offensive. According to him, the occupiers will either attack Kyiv again from the north, or intensify their attacks on Donbas, or advance in the south. The general believes that this offensive “may take place in February, in the best case in March, in the worst – at the end of January.”