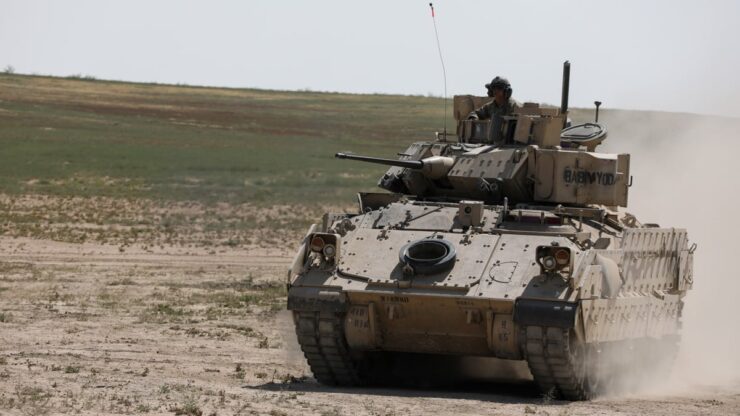 The increase in the size of the Russian army

Details: On January 1, Putin’s decree on increasing the number of Russian armed forces came into force. According to the document, which was signed in August 2022, the size of the Russian army has increased to 2,039,758 people, 1,150,628 of whom are servicemen.

Earlier, on December 21, at the final meeting of the Russian Ministry of Defense board, Russian Minister of Defense Sergei Shoigu, proposed bringing the total number of military personnel to 1.5 million, of which at least 695 thousand should be contract servicemen. At this meeting, there was also announced the formation of new military units and formations, in particular, 5 artillery divisions and artillery brigades of increased power, 3 motorized infantry divisions, 1 army corps in Karelia, 2 air assault divisions, 8 bomber aviation regiments, 1 fighter aviation regiment.

Why it’s important: Both Putin’s decree and Shoigu’s proposal are a consequence of the huge losses that the Russian army is suffering in the war against Ukraine. Thus, the Kremlin is trying not only to stabilize the situation at the front, which is difficult for its army but also to reverse it in its favor. In addition, Shoigu’s proposals are aimed at calming down Russian society, especially its most passionate part – representatives of far-right movements, the so-called military correspondents, Z-patriots, etc., who accuse the Kremlin of not waging the war at “full power” and not taking the measures necessary to win it.

The above-mentioned enlargement of the Russian army will, of course, be carried out through additional waves of mobilization, which should take place during this and the next months. According to Ukrainian intelligence, the Kremlin is going to send another 500,000 mobilized to the war in Ukraine. It is expected that the next mobilization will be announced on January 15, after the winter holidays.

The formation of three motorized rifle divisions is planned as part of combined arms formations on the territory of the occupied Kherson and Zaporizhzhia e regions. Taking into account the experience of the mobilization carried out by Russia in the occupied territories of Donetsk and Luhansk regions, it should not be ruled out that to form these formations, the Kremlin plans to carry out forcible mobilization in the territories occupied during this year.

Prospect: Despite such desperate moves, it is unlikely that the Kremlin will be able to gather the required number of personnel and form such a large force in the time frame necessary for this war. The formation of new military units and formations is costly and time-consuming. Russia was unable to fully man and sustain its existing forces before a full-scale invasion when its economy was still in a more or less normal condition. Now it is in recession, and the Kremlin’s resources to create new divisions have been significantly reduced during the war against Ukraine.

In addition, and very importantly, especially in the context of the ongoing mobilization in Russia, the Russian army has lost some of its training capacity. One of the main reasons for this is that the training units were sent to the front, where they suffered losses. Therefore, today Russia is forced to use Belarusian training centers and instructors to train mobilized (and, maybe, conscripts). The Russian officer corps also suffered significant losses. Replenishing the army with new, high-quality officers (with knowledge and experience) can take several years, which Putin does not have.

Details: On January 5, the President of Russia instructed his Minister of Defense to introduce a ceasefire along the entire line of contact from 12:00 on January 6 to 24:00 on January 7. Also in Russia, they called on Ukraine to make the same decision and “allow citizens to attend Christmas services.”

Reactions: Ukrainian President Volodymyr Zelensky believes Vladimir Putin’s Christmas “truce” offer is an attempt to take a respite to continue the war with renewed vigor. Now they want to use Christmas as a cover to at least briefly stop the advance of our guys in Donbas and bring equipment, ammunition, and mobilized men closer to our positions. Everyone in the world knows how the Kremlin uses respites in war to continue the war with renewed vigor,” he said.

The West also did not appreciate the gesture of goodwill from the head of the Kremlin. US President Joe Biden echoed Zelenskyy’s wariness, saying it was “interesting” that Putin was ready to bomb hospitals, nurseries, and churches in recent weeks on Christmas and New Year’s. “I think (Putin) is trying to find some oxygen,” Biden said.

“If Putin wanted peace, he would have brought his soldiers home and the war would have ended. But he wants to continue the war after a short break,” said German Foreign Minister Annalena Baerbock.

Why it’s important: The Russian army badly needs a respite. Putin has for a long time been trying to get it: with requests, threats, and terror. He understands that victory in the war is unattainable for him, so his main goal so far is not to lose it. He needs a break so that the Russian army can rest, regroup, and bring in reinforcements, and he needs to deal with the problems that prevent him from getting the result he wants. Such problems, first of all, are command and control and logistics. While the Ukrainian army is actively fighting, Putin does not have the opportunity either to change the military command, because this can lead to the collapse of entire sectors of the front, to improve the C2 system, or to introduce new technical developments. All this requires time, which the Ukrainian forces do not give him while attacking his army.

Military assistance packages are getting “heavier”

Details: On January 4, the President of Ukraine announced that France would transfer to Ukraine AMX-10RC wheeled tanks and ACMAT Bastion armored personnel carriers. On January 5, US President Joe Biden and German Chancellor Olaf Scholz, after telephone conversations, announced a joint military assistance package to Ukraine, in which the United States should supply Ukraine with the Bradley fighting vehicles, and Germany – with the Marder infantry fighting vehicles. Both countries also plan to train the Ukrainian military on this equipment. In addition, Berlin announced that it would join Washington in supplying Ukraine with an additional battery of the Patriot air defense system. On January 7, it became known that Poland is considering Ukraine’s request for the donation of its Leopard 2 main battle tanks. The possible transfer of Leopard 2 tanks to Ukraine was also reported in Finland. According to the head of the Defense Committee, Antti Häkkänen, the Finnish government can make such a decision if Europe starts supplying tanks to Ukraine at a wider level.

The big picture: Throughout the Russian-Ukrainian war, the Ukrainian authorities have repeatedly asked their Western partners to supply Ukraine with tanks and other heavy armored vehicles, without which it is difficult for the Ukrainian army to conduct offensive operations. In particular, in his interview, General Zaluzhny said that he “can defeat the enemy”, but for this, he needs “300 tanks, 600-700 infantry fighting vehicles and 500 howitzers.”

The refusal to supply Ukraine with heavy armored vehicles in the West was explained by the fact that this could lead to an escalation of the war and a direct clash between the West and the Russian army. Even the decision to send such systems as HIMARS was made only after the situation on the battlefield changed dramatically in favor of Ukraine.

Reactions: “We are entering a decisive phase. There can be only one goal: the victory of Ukraine. This is the only way to ensure lasting and just peace, as well as security, in Europe.

Here is a cascade of good news about arms, and there will be more to come. And the gnashing of teeth in the Kremlin and the crying on Russian TV will become stronger after each such news,” Ukrainian Foreign Minister Dmytro Kuleba commented on the news about Western tanks and infantry fighting vehicles for the Ukrainian army.

Why it’s important: The first deliveries of Western offensive armored vehicles are a real breakthrough in the process of military assistance to Ukraine. The importance of such a decision can hardly be overestimated because it will significantly increase the ability of the Ukrainian army to conduct large-scale offensive operations.

Now the announced armored vehicles must be transferred to Ukraine in maximum quantities and in the shortest possible time. This will allow the formation of units already awaiting them.

Perspective: The transfer of western tanks and infantry fighting vehicles to Ukraine can be considered a kind of starting point for further expansion of the range and quantity of western heavy weapons that the Ukrainian army will be equipped with.