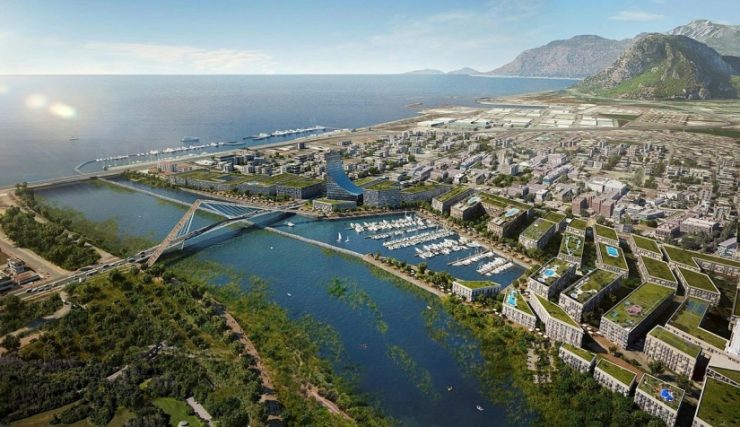 The New Geopolitics Research Network brings to your attention an interview with Kivanç Ulusoy, Associate Professor of Political Science, Istanbul University on the perspective of the Istanbul canal.

The construction of the Istanbul canal will start soon. However a very few Turkish residents have the readiness and ability to finance the project. I am not sure that the government will find the credit. Pandemic has made the situation worse. Turkish economy is not strong enough to bear the burden of the project on such a scale. Thus, there might be an outside founding. There are rumors that rich men from the Gulf countries are going to buy land around the canal. Also some rich Turkish contractors seized land beside the root of the future canal.

How the construction of the canal «İstanbul» may affect political and economic positions of Turkey in the Black Sea region?

The Canal may increase trade between Turkey and other Black Sea states. That might not be only a petroleum or natural gas. That will be a regular trade in order to expand the volume of reciprocal commodity circulation.

Will the status of the Montreux Convention change due to the construction of the Istanbul Canal?

The Montreux Convention is quite unfair as for Turkey because it lays burden is over Turkey. Turkey is not collecting any taxes or payment for the use of the straits. Thus, the Black Sea states, especially Russia should pay attention on that circumstance. However Ankara cannot force any government, any private carrier or captain of the ship to use the new canal «İstanbul». The Bosporus is free for use by anyone. Turkey cannot refuse at least on the basis of the reasonable question. The canal «İstanbul» is simply a construction business of the government and it is related with trade, convection of between the Black sea and the Mediterranean waters. There is anything to do with the Montreux Convention. The issue of the Convention and matter of the straits lie in completely different plains.

What are the factors that may undermine the project in the nearest future?

The NATO counties and Russia did not openly oppose the Canal. At the same time, Istanbul local authorities and many people from the city believe that the project is unreasonable, without good calculations of the risks and benefits. That is very serious issue of the domestic policy. Istanbul mayor and leaders of the main opposition party had already said that they would simply cancel the construction of the canal. Anyway, let’s see who will win the presidential elections of 2023.