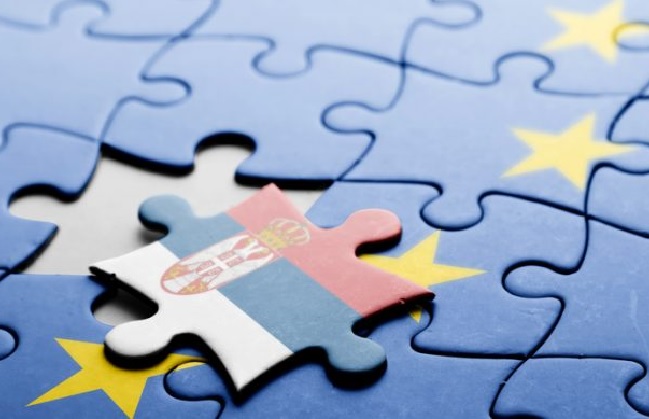 Hard times for the Serbia-EU relations

Recently, Belgrade’s relations with Brussels are experiencing hard times. And after the last report of the European Commission, which was released in late March, they have become colder. The rhetoric from Brussels towards Belgrade is becoming sharper. In its turn, Belgrade constantly talks back, and sometimes even goes on the verbal offensive.

Therefore, the European Union, which continues to make Serbia’s European integration dependent on the normalization of relations with Kosovo and democratic reforms in the country, as well as the actions of the Serbian leadership, which instead of strengthening democracy is trying to strengthen its regime, do not bring the accession of Serbia to the EU, but on the contrary, even more lead it into a dead end.

About all the complexity of relations between Serbia and the EU nowadays and how this affects the country’s European perspective The New Geopolitics Research Network talked with Nikola Burazer, the Programme Director at the Belgrade based Centre for Contemporary Politics and the Executive Editor at European Western Balkans.

Here are the main question that were discussed:

What is the process of European integration for the current Serbian authorities: an aim that will have a positive impact on the country’s development, or a means to achieve foreign and domestic policy goals?

The Serbian government officials and tabloids are openly trying to tarnish the EU’s image, even though the membership in it is a state policy. How can this be?

Commenting on the latest EP’s report, president Vucic said that parts of the report are “naked lies” and that members of the EP are “lost in time and space.” Aren’t the Serbian authorities afraid that their behavior risks stopping any EU aid program or even the negotiations? After all, whatever the Serbian authorities say – the EU assistance is very important for the Serbian economy. Who will give the money then – Russia, China?

Why the EU tolerates the behavior of the Serbian authorities and it does not take on more drastic action against them?

Will the upcoming elections have any impact on Serbia-EU relations?