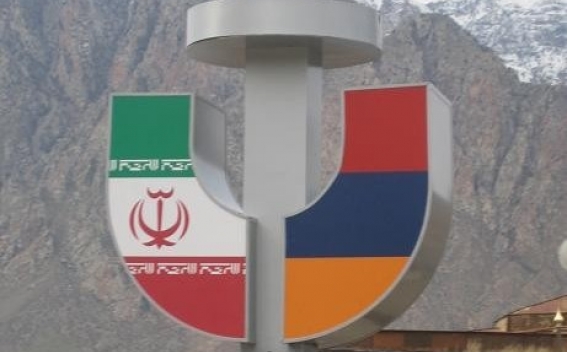 Armenia – Iran relations and their perspectives after the 2020 Karabakh war

Since gaining its independence in September 1991, Armenia has always viewed Iran as a friendly state and close partner. Armenia valued the balanced approach of Iran during the first Karabakh war in 1992 – 1994. The Armenia – Iran border was a real lifeline for Armenia in the early 1990s when Azerbaijan and Turkey closed their borders, and the routes through Georgia were not reliable due to the domestic instability there. Armenia and Iran continued their friendly relations after the Karabakh war seeking to foster economic cooperation. The flagship project was the Iran – Armenia gas pipeline, which was launched in March 2007. According to the bilateral swap agreement, Armenia imports Iranian gas and exports electricity to Iran based on 1kwh hour electricity per 3 cubic meters of the gas scheme. In 2018 Armenia imported 567 million cubic meters of Iranian gas and exported 1.839 billion kilowatt-hour electricity to Iran.

Meanwhile, it should be noted that the US did not force Armenia to stop economic relations with Iran viewing them as a necessity for Yerevan, given the blockade imposed on Armenia by Azerbaijan and Turkey. Even the May 2018 withdrawal of the US from the 2015 nuclear deal did not change that equilibrium. Washington did not impose sanctions on Armenia for importing gas or cement from Iran or exporting electricity there.

Since 2016 Armenia and Iran, together with Georgia, Bulgaria and Greece, have launched negotiations to establish the “Persian Gulf – Black Sea” international multimodal transport corridor linking Iran with Europe via Armenia, Georgia, and the Black Sea. Some experts in Armenia mentioned that this corridor could be connected with the Chinese “Belt and Road” initiative through China – Iran sea transit. Armenia established a free economic zone (FEZ) in Meghri near the Armenia – Iran border in December 2017, hoping to bolster bilateral economic cooperation. Iran signed an interim agreement with the Eurasian Economic Union (EAEU) to establish a free trade area in May 2018, which entered into force in October 2019. Armenia, as a member of the EAEU, enjoys tariff-free exports to the EAEU markets. Simultaneously, Armenia has access to the EU GSP+ system and can export goods categorized under 6.400 tariff lines to the EU with zero or reduced tariff. Armenia hoped that Meghri FEZ’s launch would give Iranian companies opportunities to establish branches there and export their products both to EAEU and EU markets.

Armenia is the only EAEU member with a land border with Iran, and Iran – EAEU interim free trade area agreement creates opportunities for EAEU member states to use Meghri FEZ as a launchpad to enter the Iranian market.

Another opportunity for bolstering bilateral economic relations is constructing the Armenia – Iran third high voltage electricity transmission line, which will allow significantly increasing the volumes of the electricity exports to Iran. The agreement was signed back in 2006; however, the actual construction was launched only in 2015 and would be finished in 2022.

The 2018 “Velvet Revolution” in Armenia raised some concerns in Iran that “pro-western” forces which came to power in Armenia might make Armenia a launchpad for the US anti-Iranian activities. The Armenian Prime Minister paid a visit to Tehran in February 2019 and emphasized the readiness of the new Armenian government to continue the friendly relations with Iran. The visit has dispersed the Iranian doubts and brought the bilateral relations back into normal.

The 2020 Karabakh war and aftermath

Armenia – Iran economic relations registered an apparent growth in the last three decades. However, Iran was not among the top Armenian trade partners. The key for Armenia in the bilateral relations was Iran’s balanced approach towards the Karabakh conflict. Armenian political elites strongly believed that Iran was interested in keeping the status quo in Karabakh established after the May 1994 ceasefire. That thought that Turkey was one of Iran’s rivals in the South Caucasus and any growth of Turkey’s influence in the region was detrimental to the vital Iranian interests. According to that narrative, the potential trigger of a separatist movement by panturkist ideology in the Azeri-speaking regions of Iran bordering Azerbaijan, non-recognized Nagorno Karabakh Republic, and Armenia was another significant source of concerns for the Iranian leadership. Thus, Iran should be happy that 135 km of the former Azerbaijan – Iran border was under NKR control and NKR, alongside the Syunik region of Armenia, separated Azerbaijan from the Nakhijevan Autonomous Republic, which had a 10 km land border with Turkey.

Armenian experts believed that the growing Azerbaijan – Israel cooperation and reports about Israel’s usage of Azerbaijan territory for different anti-Iran activities should force Iran to prevent any shifting of the status quo in Karabakh. As Azerbaijan launched a large-scale war against the Nagorno Karabakh Republic on September 27, 2020, many in Armenia thought Iran would publicly condemn Azerbaijan. Armenia hoped that the reports about thousands of Syrian mercenaries deployed by Turkey and participating in hostilities along the Iranian border should multiply Iran’s concerns. However, despite all these calculations, the reality was different. Iranian authorities called for the resumption of the negotiations, but there was no condemnation of Azerbaijan for starting the war.

Foreign minister Zarif had stated several times during the war that Tehran would not tolerate the presence of Sunni Islamist militants and “other terrorists” in the region, but no concrete actions followed. Iran elaborated its peace plan and delivered it to Armenia, Azerbaijan, Russia, and Turkey in late October 2020. The details of that plan were not publicized; however, allegedly, it was based on the notion of the territorial integrity of Azerbaijan, suggesting to bring Karabakh under Azerbaijan’s control with a level of autonomy. The Supreme Leader of Iran, Ayatollah Seyed Ali Khamenei, stated that all Azerbaijani territories should be freed and given back to Azerbaijan in the final days of the war.

The Iranian Foreign Minister visited Baku in late January 2021 and expressed his satisfaction with his presence in the Republic of Azerbaijan after the liberation of the country’s territories. He expressed Iran’s readiness to “massively and actively” participate in the reconstruction efforts in the liberated territories. During his visit to Yerevan several days later, Minister Zarif stated that the territorial integrity of the Republic of Armenia was Iran’s red line, apparently referring to the possibilities of Armenia de facto losing its control over the Syunik region, which borders Iran. During and after the war, the Iranian position was an unpleasant surprise for the Armenian expert community and society. Despite well-entrenched perceptions in Armenia, Iran apparently was not concerned by the significant changes of the status quo and the loss of a border with Nagorno Karabakh. This position created some confusion in Armenia. Iran also welcomed President Aliyev’s suggestion to establish a 3+3 format (Armenia, Azerbaijan, Georgia, Iran, Russia, Turkey) for the regional cooperation. Meanwhile, Armenia perceived this option as an attempt to decrease further the US and EU role in the region and legitimize the division of the South Caucasus between Russia and Turkey.

Armenia is now in the middle of the acute political crisis, and everyone prepares for the June 2021 snap parliamentary elections. In the current atmosphere, relations with Iran are not among the top discussed topics in Armenia. However, regardless of the results, the new government should seriously reassess Armenian regional policy to counter challenges and prevent the loss of the Armenian sovereignty over the Syunik region. In this context, the future of relations with Iran is of utmost importance. Despite the disappointment in the Armenian society about Iran’s position during the 2020 Karabakh war, Armenia should elaborate a clear strategy to develop its relations with Iran further. The recent China – Iran long-term investment deal and the upcoming signature of permanent EAEU – Iran free trade area deal makes relations with Iran a clear priority for Armenia. Regardless of Iran’s position towards the outcome of the recent Karabakh war and significant improvement of Iran – Turkey relations under President Erdogan, Iran is not interested to see Armenia becoming a client state of Turkey and Turkey’s uncontested domination in the region.

The clear manifestation of Iranian concerns was the harsh Iranian reaction after Turkey’s President Erdoğan had recited an Azerbaijani poem that referred to the forceful and artificial separation of the two sides of the Araks river during the military parade in Baku in December 2020. It caused a political firestorm in Tehran and attracted Iranian condemnation. Many Iranian officials lambasted Erdogan and what they saw as pan-Turkish irredentism and a claim on Iran’s territory.

There is a convergence of the long-term interests of Armenia, Iran, Russia, and potentially China in this context. As the first step to revive its regional policy after the 2020 defeat, Armenia should offer Iran and Russia to launch a trilateral Armenia – Iran – Russia cooperation format, similar to Azerbaijan – Iran – Russia, and Azerbaijan – Iran – Turkey formats. Armenia may ask Iran and Russia to facilitate its long-term bid to obtain observer status in the Shanghai Cooperation Organization, where it got the Status of Dialogue partner in April 2016. Armenia should also discuss with the Iranian and Chinese counterparts the possibilities of Armenia to be included in the projects within China – Iran investment deal. Armenia can not afford to alienate Iran if Yerevan plans to play any meaningful role in regional geopolitics.