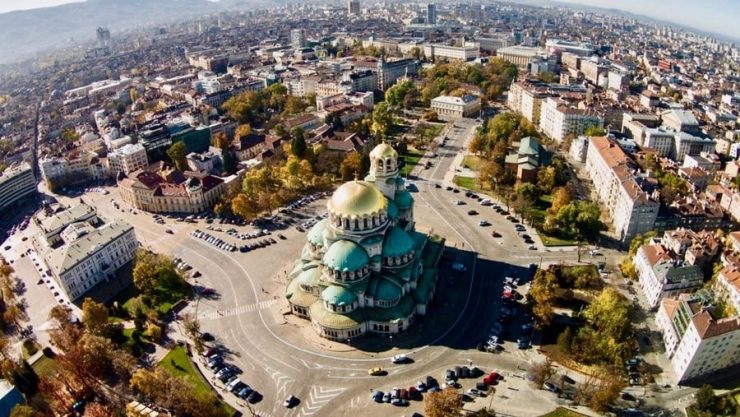 The New Geopolitics Research Network brings to your attention a summary of Artem Fylypenko (Director of the Danube-Black Sea region Department at the National Institute for Strategic Studies, Ukraine) speech, made during online webinar “Geopolitics. 30 Years After. Ukraine and Bulgaria. Life after communism”

In the Strategy of National Security of Bulgaria it is noted that “The Republic of Bulgaria considers the Black Sea region in a wide European and Euro-Atlantic contest for deeper cooperation in economic, trade and security. This region is especially important in the context of development of the network of transportation of main energy resources, linking manufactures with energy markets in Europe”. In the Strategy of National Security of Bulgaria is mentioned the crisis in the Ukraine and the illegal annexation of the Crimean peninsula, which has led to the violation of geostrategic and military balance. But at the same time the Strategy didn’t mention Russia. Although the National Strategy of Ukraine doesn’t mention Bulgaria as a strategic partner.

Ukrainian-Bulgarian relations are marked by some kind of controversy, which is due to the specific of foreign policy of Bulgaria. An indicator is the attitude of Bulgarian politicians to the status of temporarily occupied Crimea. Officially Bulgaria doesn’t recognize annexation of Crimea, but at the same time, in February 2015, leaders of Bulgarian Parliament visited Crimea and declared that they recognize the “referendum” in Crimea and its results.

Bulgarian foreign policy is characterized as a geopolitical twine. From one side, as a member of European Union and NATO Bulgaria demonstrates loyalty to these organizations, but from other side, it continues to maintain relations with Russia.

In recent years spending on Bulgarian military purposes was about 1,4-1,7 GDP. Bulgarian naval forces are also insufficient in comparison with the fleet of Russia.

One of the key points of relations between Ukraine and Bulgaria is the question of Bulgarian minority in Ukraine. However this minority is known for its sympathy to pro-Russian political parties. So Russia has a strong temptation to use these pro-Russian sympathies to provoke separatism in this region. For the first time it was in the 1990s, when local communist officials and some activists tried to organize a Bessarabia Republic. For the second time, it took place in 2015 when a People’s Counsel of Bessarabia threatened Ukraine with the creation of Bessarabia Peoples Republic. Moreover, in 2017 there were several provocations which were organized with the use of Bulgarian factor. Also in 2020 Bulgarian Parliament protested against the reform of decentralization in Ukraine, because, as deputies thought, it might threaten the Bulgarian minority.

Ukraine and Bulgaria can cooperate in several spheres, such as transportation, ecology, military technologies, combating hybrid threats and naval forces.