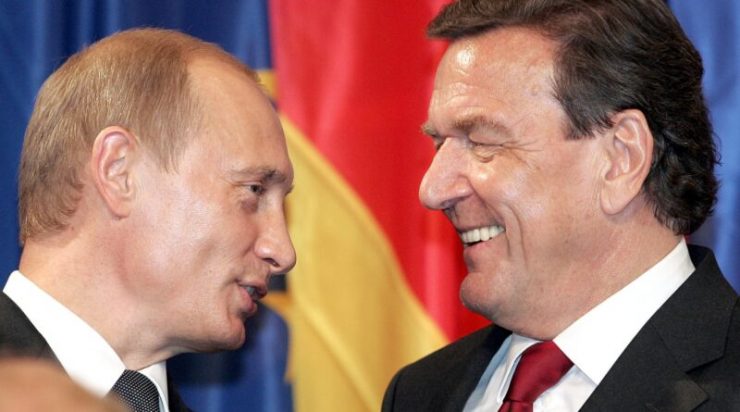 Better late than never. US President Joe Biden’s Executive Order (EO) 13181 last week means that the West is finally taking action against the long-recognised and long-dominant wayward and corrupt elements in Bulgaria’s elite. The EO imposed “Global Magnitsky Act” sanctions on two notorious Bulgarian oligarchs–Vassil (“the Skull”) Bozhkov and Delyan Peevski—on several current or former state officials close to them, and on no less than 64 business entities connected with them.

Bulgaria is the third EU country whose nationals have been subjected to Magnitsky Act sanctions, after Slovakia and Latvia. But US Treasury press release noted that June 2’s designations of SDNs (Specially Designated Nationals) constituted “the largest Global Magnitsky action taken on a single day in the history of the program.” Which implies an unwelcome distinction for Bulgaria: in effect it has been declared the country most affected by the Kremlin’s enablers—European Corruption Champion.

So how has Moscow reacted? With uncharacteristic silence. Normally, one would have expected an outcry. Bulgaria, after all, is a country which—the Kremlin never tires of reminding us—is “in Russia’s backyard”. And those sanctioned are people demonstrably close to Russia.

But there’s been no reaction. Nothing from the Russian embassy in Sofia. And even Maria Zakharova—the normally very talkative spokeswoman for Russian foreign minister Sergey Lavrov—has been tight-lipped.

On second thoughts, this embarrassed silence reflects an obvious dilemma. The moment Russia criticises the US government for imposing sanctions on oligarchs and corrupt government officials in a state that’s in both NATO and the EU, it immediately highlights its role as a bulwark and conduit of corruption – and as a guardian of the corrupt. Best to keep quiet, therefore, even though Russia’s agents of influence and sympathisers are left waiting in vain for guidance from Headquarters.

The Global Challenge of Corruption and Oligarchisation

Oligarchisation is a global issue. Arguably it also provides the best possible conditions for the flourishing of corruption, that favourite product of constant gardener Vladimir Putin’s political nursery—and Russia’s top export. Capitalism with public money has thrived in both “new” Eastern and “old” Western Europe, reaching global heights. It operates within a chain of accrued deficits that shift political and economic balances, generating impacts well beyond the financial and economic specifics of transactions originating in or involving Russia.

Two sorts of corruption are involved. There’s primary corruption, which originates in, or is associated with, the direct export of Russian energy resources or related projects. And there’s induced corruption , which involves the resulting financial cashflows. Between them, these have captured Bulgaria’s institutions and its ruling elite, making that elite susceptible to Mr Putin’s overtures.

The process in Bulgaria has been a long one, with its climax last year in Bulgarian prime minister Boyko Borissov’s delivery of the Turk Stream-2 pipeline, which embodied the Kremlin’s geopolitical objectives and shared the benefits between Bulgarian and Russian oligarchs and politicians. This was the culmination of a long double game played by the devious Mr Borissov, that actually put him ahead of German chancellor Angela Merkel. The latter is still struggling to deliver Nord Stream-2, her long-standing promise to Mr Putin—and, as it turns out, is doing so as her political swan-song.

Things had not worked out for Mr Putin from the start. Ten years ago, he got to work on the then ruling trio, which consisted of Mr Borissov, wily ethnic Turkish leader Ahmed Dogan and leftist president Georgi Parvanov. These he tried, by bribery, to bring to a stage when they could directly engage with a Russian strategic gas project, then in the form of the South Stream pipeline. He failed, though not before a cool € 800 million had disappeared into preparatory work—and Russian and Bulgarian pockets. When Mr Borissov subsequently visited Moscow, Mr Putin’s complaint had been that of gangsters down the ages: money taken, promise not kept.

So a more thorough approach was adopted in the years that followed. With the help of the Borissov government, Russian politicians and secret services administered heavy doses of oligarch-driven corruption to all and sundry. All levels of government were affected, civil servants, oligarchic businesses, specialised judicial bodies and prosecutors, and the special services, as well as the media and other intermediaries. Result: the immune system of public governance was destroyed and society was anaesthetised.

This transplantation of the Russian oligarchic model into the Bulgarian political system succeeded in its objective of seeing Turk Stream-2 through to completion—and doing so without setting off NATO’s political radar and provoking a veto. But it did so at a price. Oligarchy bred social division, destruction and misery, perpetuating in Bulgaria’s chronic laggard status within the EU. Resentment built up in society at large—and even among diehard Russophiles, Putin’s natural supporters. The latter, though hardened in the past’s epic stand-offs between East and West, left and right, became offended as they too fell victim to the unscrupulous oligarchs empowered by their patron. Corruption and oligarchisation offended too many people, too quickly. The result has been the rise, and eventual success, of opposition over the last year or so—and what, with luck, should prove to have been the disintegration of the Borissov regime and the Putin-inspired system of oligarchy that underpinned it.

Together with internal political changes and their healing effect, US sanctions might well be the beginning of something genuinely new. They amount to a declaration that radical and coordinated EU and worldwide action is needed within the framework of the Global Magnitsky Act and may be the start of a consolidated drive to deal with the consequences of oligarchisation.

Why does the EU remain silent when Washington speaks up?

However, it’s not only Moscow that has kept quiet following US sanctions against Bulgaria. There’s also resounding silence in Brussels and other major European capitals on the threat of corruption and oilgarchisation. That’s no surprise. The EU’s corruption footprint is hardly negligible, as European funds and financing programmes often end up in the corruption networks of the dominant political and oligarchic circles of Bulgaria and other member states. And Brussels is aware of this, but assumes that EU-level policies and funding are essential for the alignment and cohesion of national policies, providing a much-needed sense of purpose for its institutions.

The problem, indeed, is not just that EU funding is sometimes corruptly used. In many instances, it competes with and subordinates credit and financial services agents —  ften crowding them out of the market. Thus, EU money ends up sustaining oligarchs’ banks in member states with high corruption indices, funnelling cash to business related to empowered politicians and officials. Which is to say that EU finances feed corruption and the “deep state” of precisely those oligarchs targeted by US Magnitsky Act sanctions.

Since it is an accomplice in corruption, it is quite logical for Brussels to remain silent about those sanctions, especially as said corruption has been labelled by the US as having been “endemic” under the 12-year rule of Mr Borissov, Chancellor Merkel’s favourite and her colleague in the EU-wide European People’s Party (EPP). Indeed, it’s worth noting that, even after EO 13181, the EPP’s leader Manfred Weber has sung the praises of Borissov’s GERB party as a “reliable partner”.

Talking of corruption, one could go further and argue that it is not confined to oligarchs and corrupt officials, but blooms at the highest state level disguised “state policy” or “strategic considerations”.

Chancellor Merkel’s Nord Stream-2 project must count as “political corruption” in much the same way as Mr Borissov’s Turk Stream-2. While Nord Stream-1 had been justified by Germany’s right to decide on its energy security needs—that is, by providing Russian gas for Germany’s internal consumption—the second pipeline is predominantly geostrategic in nature. Witness Mr Putin’s words at the St Petersburg Economic Forum last Friday (June 4), shortly after noting that Nord Stream-2 had almost been completed, he observed that: “Ukraine must show goodwill if it wants Russian gas transit to Europe.” Gas transit has long not merely been a source of significant income for Ukraine, but also provided its most potent deterrent against a Russian invasion. So Mr Putin has wasted no time in reminding Europe of his current broadening options.

And the corruption involved is quite literal. Germany is to receive € 3 billion per annum—the amount that Russia has been paying Ukraine for transit—in brokerage fees from sales of Russian gas to third countries in the EU. The German, Austrian and other European companies that will profit in the process enjoy the German government’s ear and are openly lobbying for Gazprom’s interests.

So, on the one hand we have East European politicians and oligarchs making a buck on Russian gas, corrupting their countries’ political institutions and judiciary. And, on the other hand, we have German politicians agreeing on a state level with the Kremlin that German companies should broker Gazprom gas – taking even more of a cut than those East Europeans in the process. Where, exactly, is the difference?

If it’s used properly and decisively—which now looks likely—the Global Magnitsky Act will inevitably put the issues of oligarchisation and corruption where they belong, right at the top of EU and NATO agendas. That will not just help consolidate a base of shared values. It will also expose duplicity in addressing challenges from Russia–and from China—in the domain of security and development. Not before time, for such duplicity is our Achilles heel.

In short: to contain Putin, NATO needs to contain corruption. Let’s do it.