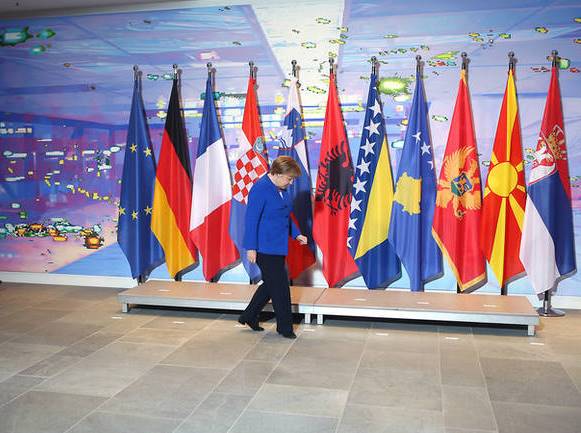 Investments and Vaccines: EU tries to activate its positions on Western Balkans

This Monday Berlin hosted the eighth summit with Western Balkans within the framework of the Berlin process. Authored by German Chancellor Angela Merkel in 2014, The Berlin Process is designed to fast integration process of the region into the European Union.

The conference was attended (on-line) by the Heads of Government of Serbia, Albania, North Macedonia, Bosnia and Herzegovina, Montenegro and Kosovo.

The main topic of meeting was a Common Regional Market creation process, adopted by the six leaders of the Western Balkan countries at the summit in November 2020. These include free movement of people, goods, services and capital, which should be achieved by 2024.

But current situation on the Western Balkans is being influenced by China, Russia and Turkey more and more. This is what the leaders of Europe are increasingly concerned about.

More and more experts and observers say that the integration process of Western Balkans has taken too long. And mainly this is a fault of Europe itself. This trend became especially clear in the situation of the COVID-19 pandemic. Bureaucratic fuss over vaccines versus China’s active mask and vaccine diplomacy has shown the EU’s weakness.

During the meeting German Chancellor noted that it is necessary to encourage the accession process in every possible way, promote reconciliation and overcome differences, as these issues are in the zone of interests of the EU. For the first time, in Mrs. Merkel’s speech, the geopolitical aspect of the membership of the Western Balkans in the European Union was emphasized.

Beside this, Brussels pays special attention to the implementation of the Economic and Investment Plan for the Western Balkans, which provides for EU investments in the region in the amount of 500 million euros for 2021.

Investments and macroeconomic aid are virtually the only thing that Europe can contrapose to the soft power of Beijing and the Kremlin. The Investment Plan envisages the use of up to nine billion euros as assistance to the candidate countries. It is also expected to elaborate additional private investment in the amount of up to 20 billion euros under the guarantees of European and international financial institutions.

An important aspect of the discussion was the situation with COVID-19 in the region. Ursula von der Leyen stressed that the countries of the Western Balkans will be supported by EU in their crisis recovery process caused by the COVID-19 pandemic.

The summit and its results confirmed the new trend. In recent months, European politicians have become more active on the Western Balkans. Angela Merkel, who is the main driver of the integration process, will soon leave her post. Who will take her place is not clear, but it will definitely affect the entire EU policy on the Balkans.