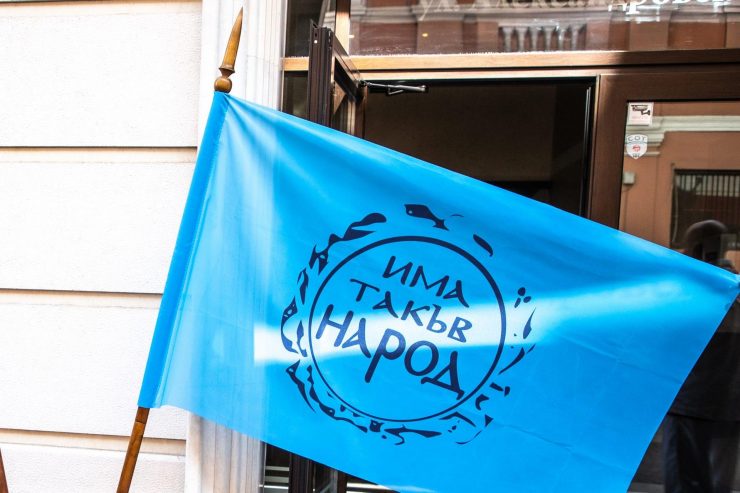 The April 4 parliamentary elections led to a significant result – it became clear that the 12-year rule of the GERB party, led by authoritarian Prime Minister Boyko Borissov, has come to an end because all other parliamentary forces spoke out against its corrupt and wasteful rule.

However, a government could not be formed. The new parliament included three traditional parties and three new ones, born by the mass protests against the GERB government that erupted last year. Although it managed to retain its first place with 26 percent of the vote and 75 deputies in the 240-seat National Assembly, the center-right GERB fell into complete isolation because all other parties refused to cooperate with it, including the other two so-called parties of the status quo. The Socialists – BSP, who have always been among the country’s top two forces but have been torn apart by internal strife for several years, have suffered a historic setback. Although they have so far been the main parliamentary opposition force against Borisov’s rule, they received only 15 per cent and came third conceding the second place to the populist party of the TV showman Slavi Trifonov “There is such a people” (ITN) who received 17.5 percent. ITN also called for a “total overhaul of system”, although it largely stayed away from the mass protests last summer.

The fourth force turned out to be the Movement for Rights and Freedoms (MRF), representing mainly the ethnic Turks in the country and declaring itself a liberal party. In the new parliamentary configuration it managed to garner 10.5 per cent and lost its traditional role as a balance-keeper, or rocking lever, between the main political parties. But MRF still managed to overtake the “protesters” coalition “Democratic Bulgaria” (DB), which received 9.5 per cent. Sixth came another small “protesters” party, “Stand Up BG” (IBG) with 4.7 percent. The latter two call for a profound change of the compromised political model created by Borissov. Their second political goal after Borissov’s ouster is the resignation of Chief Prosecutor Ivan Geshev, accused of bias in favor of GERB and MRF, and a fundamental reform of the country’s judiciary.

These results showed that the majority of the people insisted on a profound change, because this was acknowledged by both the BSP and the MRF, at least verbally. GERB found itself in a minority in the newly elected parliament. It lasted only a month due to its inability to form a government, but still managed to make some urgent changes to the election legislation, and approved a new Central Electoral Commission, in which the former ruling party no longer held key positions.

But the three new parties, which declared themselves as the “protest parties”, could not achieve a general majority which would allow them to form a government of change. Following the inconclusive April elections, which could not produce a government, President Rumen Radev, who actually set the tone for the start of mass protests last year, exercised his constitutional duty, dismissed the short-lived parliament and appointed a caretaker government whose main task was to prepare and hold new snap parliamentary elections set for July 11.

The caretaker government, headed by Stefan Yanev – a close associate and member of the president’s administration, immediately took a number of urgent measures to curb purchases of votes and the so called corporate voting, through which the ruling party so far managed to secure its easy electoral victories. These measures dealt a severe blow to electoral fraud and machinations schemes which characterized Bulgarian elections for years, distorting and substituting the will of the people.

But Yanev’s government also quickly set about dismantling the old corruption model by exposing huge multibillion corruption schemes and irregularities of GERB’s rule in all spheres of the economy and state administration. The economic team of the caretaker government, which gained wide popularity, managed to uncover in a short time huge gaps, through which significant financial resources flowed from the state treasury to companies and firms connected to Borissov’s government and his party through corruption channels. Revelations are coming out every day.

This strengthened the positions of the parties of change on the eve of the snap elections on July 11. And the results, although largely similar to those of April 4, really made a difference. ITN, DB and IBG together did not achieve a majority in parliament but are much closer to it. For the first time in 12 years, GERB proved to be the second political force (23.5 percent and 63 deputies), defeated by ITN with 24 percent and 65 deputies. DB led by Hristo Ivanov, significantly improved its position, winning 12.6 percent and 34 MPs. It almost caught up with the BSP, which continued to collapse, winning 13.6 per cent and 36 deputies, although it urgently united some of the scattered left forces in a pre-election coalition. The MRF came fifth with 10.7 per cent and 29 seats. The small “protest” party IBG confirmed its positions with 5 percent and 13 deputies.

Thus, the three protest parties now have 112 seats with a required majority of 121 votes in parliament. The BSP could not improve its position, although it urgently united some of the scattered left forces in a pre-election coalition. However, the Socialists declared that they did not accept to be called part of the current status quo and that they were among the protesters in the squares against the GERB government. They promised to support a government with the mandate of the largest party, the ITN, if common political priorities are agreed over a shorter time horizon to continue the changes initiated by the caretaker government.

The same declaration was made by both protest parties – DB and IBG. This sparked real hopes that a consensus can be reached between the parliamentary forces calling for such changes. President Radev promised not to rush to hand over the mandate to form a new government to the first political force – Trifonov’s party, in order to give the parties of change more time to agree. However, it turned out that despite the apparent similarities in priorities, this is far from easy.

In fact, the fledgling trust between the parties of change was severely shaken after Slavi Trifonov shocked his future allies by announcing the composition of a future government he intends to propose for approval on behalf of his ITN party. He made his surprising statement in a video recording on Facebook without consulting them on July 12 – the day after the election, while it was not yet clear whether ITN really is the symbolic winner, because the difference with GERB was too small to call.

Most of the names were completely unknown or little-known graduates of prestigious Western universities, fluent in several foreign languages. This exposed the ITN leader’s exotic obsession with young and educated people without any political experience, but with successful business and assertive ambitions. “It’s up to you to support the government I propose, but I don’t negotiate”, he said to his prospective allies.

Particularly negative reactions were caused by Trifonov’s proposal for Prime Minister – the ex-deputy prime minister and financier Nikolay Vassilev, known from the former “tsarist” government of NMSS (National Movement for Simeon the Second) and the subsequent triple coalition between NMSS, BSP and MRF. Vassilev is a well-known supporter of strict restrictions of public spending as a way to economic recovery and stability. This would contradict the course adopted by the economic team of the caretaker government to revive the economy through investments and increased incomes, especially the meager pensions of the elderly. This course met with strong approval and, together with measures to curb corruption, greatly increased public approval of the caretaker government.

Some commentators said that Trifonov would never have received the result with which he awoke in the post-election morning if he had announced his government and priorities in advance.

This peremptory behavior of Trifonov is similar to the manner of the previous Prime Minister Borissov, who had in fact turned his party, and through its MPs the parliament itself, into obedient executors of his will, eliminating any democratic debate. This was the first signal to ITN’s potential parliamentary allies, which sparked doubts about the true intentions of ITN and its leader and what forces really stand behind them.