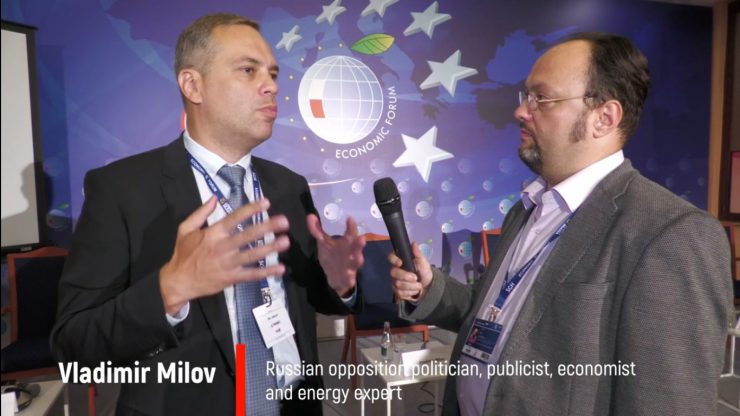 – Russian society is not ready to hold responsibility for Kremlin’s crimes. Russians don’t understand necessity to «pay a bill» for the better future of their country.

– Unfortunately, the majority of Russians receive information from television so far. As a consequence, the Russian mass consciousness is brainwashed by the state television.

– The Russian government is trying in every possible way to impose the ideology of the «besieged fortress». But this sense is not in demand at all. People do not enjoy living in a state of permanent confrontation. They are tired.

– Kremlin offers the society a new social contract: «If you take part in a protest – we will beat you». This formula does use to work for a long time. However Putin and his retinue have big illusions about that. They are encouraged by the latest events in Venezuela, Syria, especially in Belarus. They believe that such brutal suppression of opposition, acts of dissent and protests really works.

– Actually, there goes a «cold» civil war in Russia, because the police come to tens of thousands of people. Repressions make people angry. They demand more radical actions than those offered by the current opposition.

– I would not like the «cold» civil war to turn into a «hot» one. But Putin’s actions bring us closer to that end.