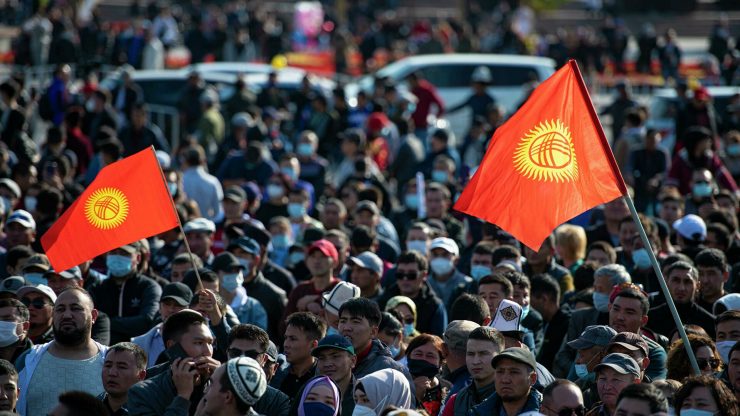 The much-discussed troubles of democracy globally have at least a good bit to do with geopolitics. Like some of the more familiar divisions of the world, such as “the West and the Rest”, “the global north and the global south”, or “the zone of peace and the zone of turmoil”, there has arguably been the democracies and non-democracies divide. This opaque division, often driven by geopolitical rivalry, has not been good for democracy’s spread and resilience in many countries. If more and better democracy is wanted, it needs to delivered of the weight of geopolitics. How to do that is the task for democrats of today.

Joe Biden’s declaring democracy promotion a pillar of his foreign policy harkened back, on the one hand, to the season of optimism for democracy of the 1990’s and, on the other, to the era of weaponizing democracy throughout the Cold War. There are, admittedly, signs of caution and realism in the declaration this time, but it raises a serious concern nonetheless: that democracy would become fuel for geopolitics once more. Democracy is not a newcomer to geopolitics, indeed. Arguably, it was a prominent marker of belongingness in the Cold War. Both sides claimed they had the real democracy and described the other side’s as fake. Many a democratic project got curtailed under the spell of Cold War geopolitics, from Chile to Cuba, from Czechoslovakia and Hungary to Afghanistan.

Ominously, only weeks after the declaration of what has been greeted as basis of a Biden doctrine of US foreign policy, the project of a democratic republic in Afghanistan, implemented by the United States and allies for twenty years, collapsed. On its face, the Afghan war and the subsequent state-building affair was not really about geopolitics – it was first a retribution against terrorist attackers and then a humanitarian development effort to put a good regime in place of the deposed terrorist-harboring Taliban regime. But in the sense of a potential democratic state closely linked to the United States in Central Asia, it was very much a geopolitical matter. The failure of Afghan democracy – and the United States appeared to only want it democratic – was, mildly put, cheered and greeted by US rivals – non-democracies – in the region.

Geopolitics – rivalry among major powers for dominance over regions, to put simply – has intensified immensely in recent years. It has been played out in many ways, from energy routes, to transportation and connectivity, to military bases and trade pacts. Among such ways of geopolitics, it is necessary to also count democracy, and to face and deal with geopolitics of democracy.

What is meant by geopolitics of democracy? It is about the battle among the big powers, the influencers, over democracy in countries where potentially or actually influence is wielded: some, such as the United States, promoting the expansion and deepening of democracy, while others, such as Russia or China, working to curtail the efforts of the former and sowing, in turn, their preferred varieties of “democracy”: “sovereign”, “people’s”, and more. The competition, indeed, may not be about democracy per se, but about the influence and alliances that democracy makes likely: not a single liberal democracy, for example, is allied with Russia or China rather than with the United States or EU.

Geopolitics of democracy is extremely tempting for the big powers to engage in – for the United States to promote democratization as part of its foreign policy goal of making friends, for Russia to counter US efforts by promoting anti-American and anti-Western narratives that, at bottom line, push against core principles of liberal democracy – civic freedoms, competitive politics, rule of law, pluralism. The ongoing story of Ukraine is the largest case in point; Afghanistan in many ways is another site of it; Kyrgyzstan has ample evidence of that as well.

As long as democracy is made – or made seem to be – fodder for geopolitics, it will be ever an odd proposition. It will ever be a client and dependent of one side, a target for another, ever a bit of a stranger in the society it is meant for. The agenda for democracy, wherever one exists, must aim to become democracy despite geopolitics. Democracy must resist getting instrumentalized for any geopolitical power’s benefit, it must grow and function not for the convenience of international alliances but regardless thereof. How is democracy despite geopolitics to be achieved?

Democracy needs to be – as it should have ever been – understood as societies’ own contrivances to provide proper governance for themselves. In other words, democracy needs to be owned by the society in which it functions. For such an ownership to be most possible, democracy needs to be seen beyond its technical, procedural and institutional mechanisms: it needs to be seen as a way for securing good life. In unpacking good life that democracy can deliver, for any particular society, it needs to be understood in clear, familiar terms, such as freedom to choose, to convene, to think and speak; equality under law; respect for the dignity of person and group; non-arbitrary and transparent work by government; fair chances for development and prosperity for all. These are some of the basic markers and deliverables of a democracy, commonly referred as liberal democracy; without such goods as its core objectives, any democracy is only a misplaced term.

Democracy’s menu is rich, indeed; within its broad variety of public goods different societies may prioritize different things. The methods of democratic delivery of such goods, then, will call for still greater variety of institutional, legal and procedural arrangements that can get more complex and less generally interesting. For democracy to be owned by a society, however, it ought to be articulated from the most broadly clear, familiar and interesting toward the more technical and legal.

When democracy is not owned and is viewed instead as something that a ruling elite, or a small class of civil society activists, or a foreign power, is pushing upon the society, it stands the least chance of becoming viable, growing roots and, as a result, the most chance of falling prey to geopolitical manipulations. Enemies of democracy will keep coming up with narratives to make people disown democratic beginnings, be it by branding democratization as “Americanization”, democratic activists as “foreign agents” or by promoting specious alternatives as more genuine, locally born democracy. According to a made-to-order legal requirement in Russia, opposition party Yabloko had to declare on its campaign material in the recent parliamentary elections that some of its candidates were “affiliated with a foreign agent”.

Speaking of the unsurprisingly engineered Russian elections, the surprise there was not that United Russia returned with another dominant chunk of seats in the Duma. The surprise was that even under the intricate engineering to ensure the necessary outcome, there was a significant amount of alternative and protest voting. That is, despite the fierce onslaught of the ruling regime in the county to suppress political freedom and critical alternatives, significant numbers of Russian voters chose differently. Hence, even in Russia, the crucial opposite end in geopolitics of democracy, the society is capable of owning democracy and standing up to democratic principles in disregard of the leadership’s preferences.

International cooperation and support for democracy remains important, and labels such as “foreign agents” or “undesirable organizations” – thought up by non-democrats specifically to block such cooperation – are no more than that, labels. Critical criteria that such international engagement needs to abide by are, again, those of ownership of democratic processes by the society in question, the wide spread of democratic principles and their upholding by masses of citizens, genuine local initiative and leadership in democratization. International support needs to come to societies that themselves strive for democracy as the better way of ordering their life. Only then is democracy able to stand impervious to any labeling and negative propaganda, and resilient to pressures of geopolitics, wherever the fault lines of such rivalries.

Democracy’s troubled times in the recent period is well observed and much discussed. That at least part of the difficulties with democratic politics has been intertwined with global geopolitics is less discussed and needs greater exploration. That keeping democracy in track and strong requires keeping it independent from geopolitics and locally anchored, is what must become sharp and evident for all the sturdiest democrats out there. How to achieve that autonomy of democracy and democratization from geopolitics is the democrats’ urgent task to work on. They can start, for one, by owning up their democratic endeavors and seeing them as implements for their societies’ good life.

Emilbek Dzhuraev, PhD, a political scientist in Bishkek. He is now a Program director at Soros Foundation – Kyrgyzstan.

PhD, a political scientist in Bishkek, a Program director at Soros Foundation (Kyrgyzstan)