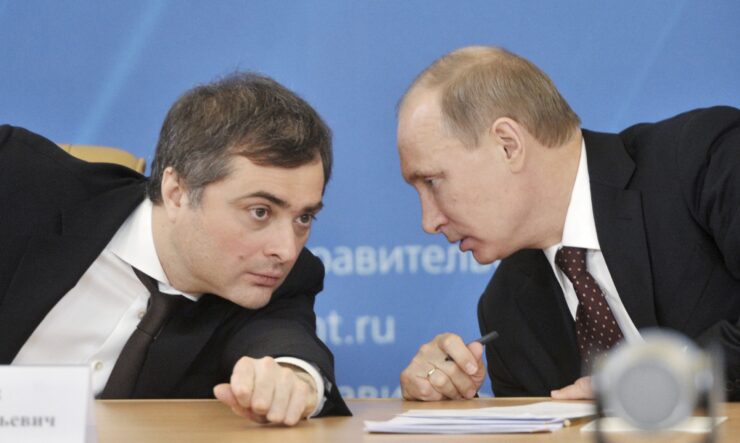 Main points of the speech:

Nowadays Russia is not being perceived by the West as a global force. Therefore, in revenge for this, it plays and will continue playing mean tricks on wherever it is possible and as much as is necessary in order to be taken into account and agreed with.

For the last twenty years current Russian powers has been cementing its regime in the country and will continue doing so. Thus, the transit of power in Russia in the foreseeable future is very unlikely.

At the same time the Kremlin is well aware that one of the “side effects” of the aforementioned long-term “stability”, which it instills in a practically closed Russian society, is an increase in social tension. The Kremlin also realizes that it is impossible to remove this tension by “loosening the screws” and playing democracy, because this is fraught with the growth of internal social tension which in turn can lead to the disintegration processes, which are dangerous for Russia.

In order to deal with the growth of internal Russian social tension, with the least damage to Putin’s regime, the Putin’s ideologists suggest that this tension “has to be taken out somewhere far away, exported for disposal in foreign territory”. Russian aggression against Ukraine is the vivid example of such “export”.

Russia behaves this way because, as it modern ideologists say, in such a way it lessens its international tension. And they add that export of chaos is nothing new and is normal for an empire.

According to Kremlin, Russia cannot behave in other way because, “for it, the constant expansion is not just one of the ideas, but the real essence of its historical being”.

The only obstacle to Russia’s realization of the “real essence of its historical being” is the West, which she hates, and which, despite all her efforts to export chaos and create a certain tension, is not only doing well, but is distancing further from her in its civilizational development. Embittered by the West’s successes and its counterplay preventing its imperial ambitions, the Kremlin, on the one hand, rattles the chaos generation threat, and on the other – calls on the West to accept its vision of the world order and the claims to its piece of the tasty “world pie”.

Russia will not end up its exporting of chaos in Ukraine. Another target for Russian chaos export is the Balkan region, where there are favorable conditions for this. These may include, for example, authoritarian regimes, unresolved or frozen conflicts, inter-ethnic and interstate disputes, unresolved historical issues, strong anti-Western and pro-Russian sentiments in some countries, or their dependence on Russia for energy. A separate issue is the rise of euroscepticism in the Balkans, which is due to the fact that the EU cannot understand what it wants in relations with the region and in the issue of its enlargement in general.

All this encourages Russia to act decisively, insolently and without fear of real consequences for such behavior.

There must be a strong response from the West and political will in the countries to counteract Russian malignant activities. In order to do so, they have to look at things soberly and call things by their proper names. And most importantly – act adequately regarding the challenges and risks that arise. This is the only way they can stop the export of Russian chaos.