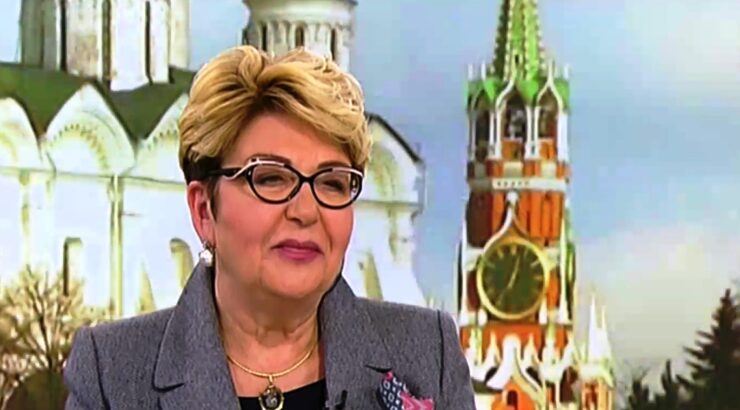 The master class of coercive diplomacy. How Russia behaves in Bulgaria

The story of the Kremlin’s insistence on the withdrawal of NATO forces from Bulgaria and Romania has got its continuation. And, as expected, in Sofia. After the Bulgarian leadership modestly rejected Moscow’s demands and assured that there would be no additional Alliance troops in Bulgaria, the Kremlin decided that the achieved success should be consolidated. That is, on the one hand, to praise Sofia for its modesty in relations with NATO, to show that Russia continues to be friendly to Bulgaria, and on the other hand – to make Bulgarians understand that for Moscow and Sofia there is a fine line between love and hate. And this line is Bulgaria’s deeper Euro-Atlantic integration, the deployment of NATO units on its territory, and the country’s proactive position in the Black Sea region, in particular, regarding the support of Ukraine.

On February 1, a week after the Kremlin announced its demands to withdraw NATO forces from Bulgaria and Romania, Bulgaria’s NOVA TV channel showed an interview with the Russian Ambassador to Bulgaria Eleonora Mitrofanova. During the interview, Ms. Mitrofanova tried to smooth over the Kremlin’s ultimatum and reassure the Bulgarians that Russia remains a friendly country for Bulgaria. At the same time, she attempted to convey to the Bulgarian leadership several Kremlin’s messages about how it should behave towards NATO and Russia, and what position it should take on the situation around Ukraine.

Firstly, Ms. Mitrofanova tried to reassure the Bulgarian audience that the Kremlin’s demand to return NATO to its 1997 borders allegedly has not applied to Bulgaria at all. According to her, this demand has not applied to Bulgaria, as it has no bases or strategic offensive weapons on its territory. “The idea is not that the countries that joined NATO after 1997 should leave the Alliance. The idea is for military contingents, bases and strategic weapons to be extracted from countries who joined NATO after 1997. This does not concern Bulgaria at all, because there are neither weapons nor strategic offensive weapons [in this country],” Mitrofanova said. However, if you take the statement of the Russian Foreign Ministry on January 21, it points to the addressees of the Kremlin ultimatum: “We are talking about the withdrawal of foreign troops, military hardware, and weapons, as well as taking other steps to return to the 1997 configuration on the territory of countries which were not NATO members at that time, including Bulgaria and Romania”.

Bulgaria has been a NATO member since 2004. With the country’s accession to the Alliance, Bulgarian troops are part of NATO forces and Bulgarian military bases are also NATO bases. The exercises together with other Allied countries are regularly held in Bulgaria, but there are no permanent NATO units in the country. The only thing Bulgaria has agreed to so far is the establishment of a NATO Black Sea Coordination Center, which is to be located in Varna.

In addition, the country has four joint military facilities with the United States, on which both countries signed an agreement in 2006. These are the “Graf Ignatievo” and “Bezmer” air bases, military depots near Aytos, and Novo Selo training range near Sliven. There are from several hundred to several thousand American servicemen on a rotational basis there.

Therefore, presenting its ultimatum, the Kremlin directed it specifically to Bulgaria and to specific military facilities that appeared on its territory after joining NATO and which are used not only by the Bulgarian military. However, when he saw that no one was going to comply with his demands, he decided to downplay the situation and use ambassador Mitrofanova to assure the Bulgarians that the Kremlin’s “proposals” did not apply to Bulgaria at all and that Russia only wants friendship, peace, etc.

At the same time, so that Bulgarians may not relax and rejoice in the friendship of the peoples, the Kremlin through its ambassador made an important clarification: the friendship between Russia and Bulgaria will continue until the latter changes its current position and starts seriously considering military deployment of NATO units or armaments on its territory. If Bulgaria takes the liberty to resort to such “Russophobic” actions, it will immediately become a target for “friendly” Russian missiles. “If military bases and strategic weapons are deployed in Bulgaria, you will become a target,” Mitrofanova said. At the same time, she immediately reassured: “you are not a target and your government is right not to make extreme statements regarding this [NATO and situation over Ukraine],” she said. Ms. Mitrofanova’s statements are another example of Russia’s coercive diplomacy when a high-ranking diplomat on local television can permit herself to directly threaten the population of the country in which she is accredited and give the instructions to its government.

As for the Kremlin’s message, it means that Russians are generally satisfied with the modesty that the Bulgarian government continues to show in its relations with NATO, and that it would be very good for Bulgaria if it remained so. The promise to turn the country into a Russian target should become a kind of scarecrow for the Bulgarian authorities, which would drive away any thoughts of taking hostile steps towards Russia, such as hosting NATO bases or, God forbid, helping Ukraine.

For the Kremlin’s instructions to be perceived by Sofia exactly as Moscow needs them, Ms. Mitrofanova conveyed another message: the prices for Russian gas and the continuation of its stable supplies to Bulgaria will directly depend on how active the country is in NATO. Answering the question of whether negotiations between Bulgaria and Gazprom on gas prices will depend on Bulgaria’s position in NATO [Sofia is due to sign a new gas supply contract with Moscow this year – ed.], she replied that “she would not reject such consideration of the issue for the simple reason that the situation is quite tense now”. She also added that Gazprom has always responded to all requests from Bulgaria to increase gas supplies. “They were increasing at reasonable prices. Therefore, we hope that this [linking the price of gas to the Bulgarian position – ed.] will not happen”, said Mitrofanova.

In other words, under the guise of a friendly tone and an attempt at “constructive dialogue”, the Russian ambassador, on the one hand, “praised” the Bulgarian government for its modesty within NATO and “reasonable” position on the situation around Ukraine, and on the other – gave it clear instructions: if you don’t speak harshly and are passive in the Black Sea and about Ukraine, you will receive Russian gas without any hindrance, and maybe – at a discount.

On the whole, the story of Russian ambassador Mitrofanova’s interview, as well as the Kremlin’s previous Kremlin’s insistence on the withdrawal of NATO forces from Bulgaria and Romania, shows that Russia continues to actively beat NATO in its weakest and most painful places. And she does it openly and defiantly because she is sure that she will escape unpunished. The modest reaction of the leadership and societies that are Moscow’s targets or lack thereof at all only gives it confidence in its actions and encourages more active and aggressive behavior. In the case of Bulgaria, the goal of such behavior is simple and obvious: to preserve, both among Bulgarian political elites and in Bulgarian society, the feeling that Bulgaria is not a “foreign country” at all, but a “16th republic” with the center in Moscow and that all of Sofia’s foreign policy steps must be taken with an eye to the Kremlin. This, in turn, allows Moscow to maintain its significant influence not only on Bulgaria itself but also on the Black Sea region and the Western Balkans.