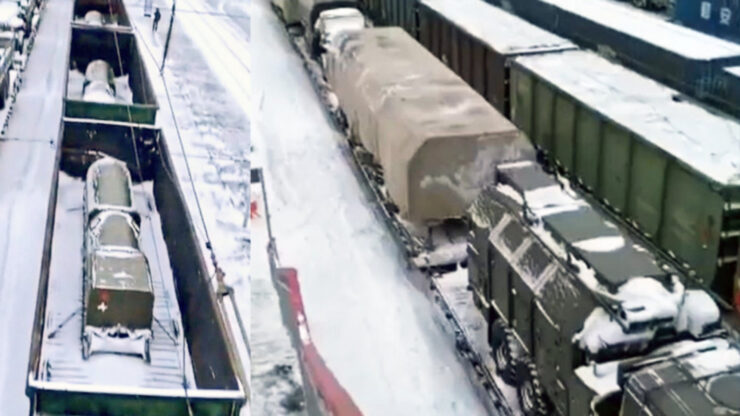 If Belarus Launches Missiles, Ukraine Will Have to Fight Back

Mykhailo Samus explains in an interview with Radio Svaboda how Belarus benefits Russia in a hypothetical war with Ukraine, what dilemma the Ukrainian military will face if missiles fly at them from Belarus, how he assesses the condition of Belarusian and Ukrainian troops and tells who the main military ally of Ukraine today is.“Ukraine takes the territory of Belarus as a military threat.”

“Since 1999, when the “union state” of Russia and Belarus was created, as well as the military grouping of the RB and RF, Ukraine has taken the territory of Belarus as a military threat. During a military conflict, according to the documents of the “union state,” the Armed Forces of Belarus become part of the Armed Forces of the Russian Federation. It is obvious that the Russian General Staff, rather than the Belarusian one, will control them.

“The land component is the last phase of a modern military operation.”

“A modern military operation will not be conducted by land forces alone. The land component is the last phase of a modern military operation. The information phase comes first, the cyber one, which began long ago and is constantly ongoing. Against its background, there is a radio-electronic phase, when the state control system and the troops are jammed under the influence of radio-electronic means. Then the missile phase comes, when command centers and the control system of the state and troops are physically destroyed. The air defence system is important to have a new position in the air.

Only after that the air phase comes. The air force begins to destroy everything physically – the troops and critical facilities. The land phase, on the other hand, is the last one.”

“From the territory of Belarus, it is possible to attack Ukraine in full depth – from the north to the south.”

In the south, there is Transnistria, occupied Crimea, the Black Sea, and occupied Donbas, where Russian troops already remain.

Such operations will be most effective from the territory of Belarus since Russian troops feel most comfortable there. In occupied Crimea and Donbas or the Black Sea, they cannot feel so comfortable, as they will face strong opposition from Ukrainian troops there.

It is a matter of opinion what will happen if missiles and aviation fly from the territory of Belarus. For Ukraine, it means the necessity to defend itself and strike at the territory of Belarus. And this is already a question of bilateral relations with the Belarusian people. Lukashenka is one thing, but the brotherly Belarusian people are another. The Armed Forces of Ukraine face a big problem here, how to behave in such a situation”.

“Militarily, Putin and Russia are ready to attack right now. They have enough forces to launch a large-scale offensive. They have been ready since mid-2016 when they set up military infrastructure near the Ukrainian borders. Then they spent 2.5 years building three new armies. Besides, Russia has a powerful military contingent in occupied Crimea.

On the other hand, I cannot find an explanation for Putin’s positive motivation to achieve an unknown result of such an operation. In any case, it will not be 2014, it will not be a large-scale war. It will be thousands of coffins, a disaster not only for Ukraine or Europe but for Russia itself.

As far as I understand, Putin’s main goal is to strengthen his regime for as long as possible, for all of Putin’s physical years. However, I am not sure it’s possible, as Russia may have some unforeseen problems. Socio-economic problems may turn into political protests. Putin wants the West to sign a treaty guaranteeing that Ukraine will not join NATO, but that the U.S. will not interfere in Russia. That the West does not support the opposition, the free press, and any free-thinking, as Putin believes. However, all the demonstrativeness that Putin is dragging troops to Ukraine’s borders may indicate that there will be no real war, that this is a bluff.”

“The Ukrainian army is ready for war”

“The Ukrainian army has changed drastically in recent years. By 2014, it was virtually destroyed. Ukrainian politicians didn’t understand why it was needed at all. Under Yanukovych, the conscription was cancelled. The army was reduced to a minimum; there was no funding, no new procurement either.

Now the situation is completely different; we have a budget for the army – 5% of GDP: more than in the NATO countries. Military equipment and armaments are being renewed all the time. Morale is very high. Most of the Ukrainian military has undergone real combat operations. The leaders of the army are combat generals, not those who grew up in staff. The army is ready for war.

The only technological problem is that Ukraine still lacks anti-missile capabilities. Our air defence is quite effective, but we don’t have missile defence. Only the U.S. and Israel have it; other countries are strongly limited.”

“Turkey militarily may even be a better ally than the U.S.”

“Today, our main ally is the U.S., which acts on various fronts. They give $350 million a year in aid.

The United Kingdom has provided a loan of more than 1.5 billion euros to build two naval bases and is implementing a shipbuilding program to equip the Ukrainian Navy with missile boats.

Turkey is probably an even better military ally than the United States. Together with us, Turkey produces the most advanced weapons – combat UAVs. It builds corvettes for Ukraine, which are the largest ships of the Ukrainian Navy.

Poland, the Baltic States, Czech Republic and Romania. They do not refuse to cooperate with us, unlike Germany, which refuses to sell or transfer military technology or weapons to Ukraine.”

The article was published here