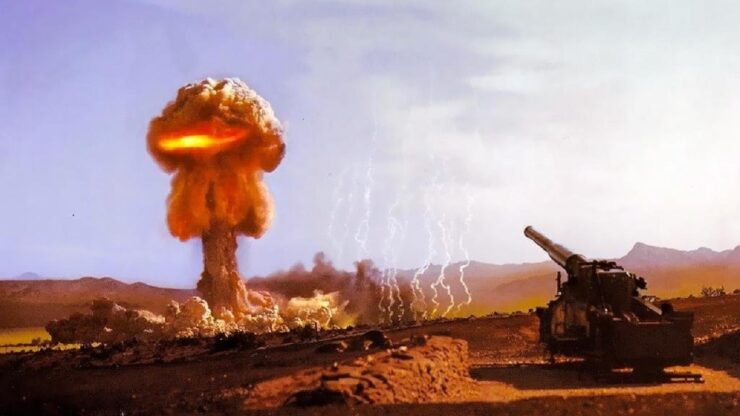 The Armed Forces of Ukraine proved that they can counter Russia’s army. Now that the West has started sending heavy weapons to Ukraine, Kyiv has a good chance of counterattacking on the ground.

However, Russia still has several other trump cards. Chief among them are nuclear weapons, with the U.S. recently acknowledging that Russia could use them against Ukraine.

Is the threat real? How will NATO react? What are the potential scenarios? And is it really true that the launch of nuclear weapons requires a multi-step chain of command?

Mykhailo Samus, Head of New Geopolitics Research, discusses the answers to these questions in his interview with the European Pravda. Watch it or read it in Ukrainian.

Here are the takeaways:

Before Feb.24, not many had believed that Russia would use “Caliber” rockets in Kyiv or “Iskanders” in Lviv and Kharkiv. Unfortunately, our enemy is not all there, meaning that it is time to discuss the nuclear scenario.

Russia’s strategic nuclear weapons include only the intercontinental missiles, which are part of the nuclear Triad featuring intercontinental ballistic rockets, strategic sea forces that are based inside submarines, and strategic jet fighters Tu-95 and Tu-160 carrying land-based rockets.

These are super powerful nuclear weapons. If launched, the U.S. and Russia would effectively destroy each other. It is unlikely that Russia would use them against Ukraine as this would result in massive ramifications for Moscow too. Instead, Russia could launch tactical nuclear weapons as Moscow has many of these rockets.

Regardless of how mad this sounds, the Russian military doctrine deems it normal to use them on the battlefield, just like the artillery, rockets, or aviation and sea forces. They use them during the drills, meaning that if Moscow launches them, it will surprise no one.

The tactical nuclear weapons doctrine features terms like “limited nuclear war” against NATO countries in Europe. Russia could likewise use them against Ukraine.

According to it, the first strike is “demonstrative”, targeting an empty space. If the adversary does not agree to capitulate, then Russia will strike once more, hitting territories with low population density, destroying the enemy’s  troops and infrastructural links. The third strike is the main one. If launched, it signifies the commencement of a limited nuclear war.

There is ground to believe that Putin will not resist launching at least one nuclear rocket. Just to prove that he can, following the “the Americans bombed Hiroshima and Nagasaki, so why can’t I do it?” logic.

He could also give the green light to it if Ukraine attempts to de-occupy Crimea.

In short, Ukraine must prepare for everything.

Read more in Samus’s article For Russia, Tactical Nuclear Weapons Are a Tool for a Potential NATO Attack.  Or watch his interview, in Ukrainian.