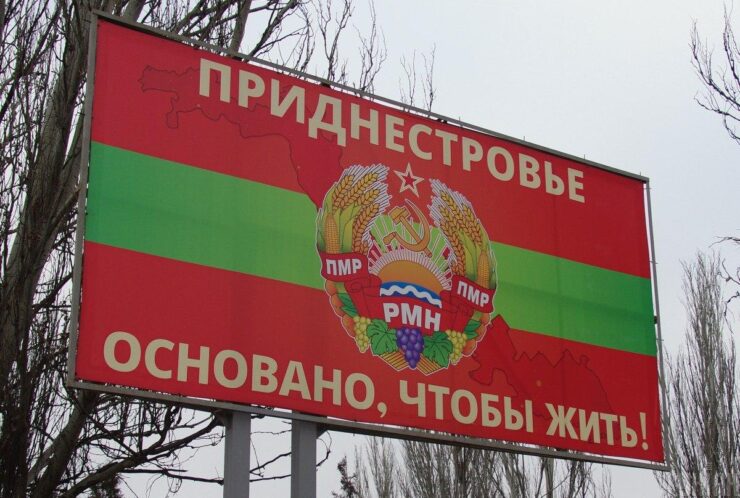 This week, while Russia is launching rocket attacks on the Ukrainian port of Odesa, events began to unfold further north in Transnistria.

In less than 24 hours, three series of explosions took place in and around the capital of this region, Tiraspol. The local security service immediately announced the attacks were carried out by “saboteurs from Ukraine.”

At the same time, the Transnistrian authorities, consciously or not, stoked fears that a further escalation is almost inevitable and will continue for a long time. All this was superimposed on official statements from Russia that the Russian army plans to reach Transnistria, where Russian military units are based; this will allegedly allow Russian to surround and capture Odessa.

But let’s look at what is really going on.

All the explosions in Transnistria in the last two days are an apparent provocation, either from Russia or by Transnistria-forces. The organizers made several mistakes, which prove Ukraine was not involved in the terrorist attacks, despite allegations by Tiraspol.

Meanwhile, the Transnistrian “authorities” joined the information campaign blaming Ukraine. The goal is to instill fear in the population of this separatist region, which has been under Russian control since the early 1990s.

Political statements may create a feeling that a war will break out soon between the Russian army in Transnistria and Ukraine. In reality, the threat of this is low. The Russian forces in Transnistria are not capable of fighting Ukraine. Instead, the main danger for Ukraine is a possible Russian invasion of Moldova under the pretext of these terrorist attacks.

Finally, there is reason to believe that this special operation is really an information operation, intimidating of both Ukraine and Moldova, which is now increasingly moving away from Russia.

Read all this in detail below.

Transnistria is an industrial region of Moldova that stretches in a narrow strip for almost 200 km along the left bank of the Dniester.

On Monday, April 25, Deputy Foreign Minister Lavrov made a special statement at the Russian Foreign Ministry that Russia does not see any risks of escalation in the conflict in Transnistria. A few hours later, in the capital of the region, Tiraspol, the main office of the Transnistrian special services, the “Ministry of State Security” (MGB), was fired at with a grenade launcher. Late in the evening of the same day – new explosions were heard at the Tiraspol military airfield. And on the morning of April 26, there were explosions at a TV and radio center near the border with Ukraine.

At first glance, all this sounds threatening.

But as soon as you look at the details, the story of the Transnistrian terrorist attacks becomes very strange.

During the MGB shelling, unknown individuals fired three grenades, then left the scene and no one tried to stop them. No one was injured, although the MGB office was not supposed to be empty. After that, the special services blocked the streets near the MGB so that passers-by could stop at the best place to view the damaged building; local forums were flooded with photos and videos from the scene.

Maybe that was the point of the shelling?

The Transnistrian leadership announced that the attack was carried out by Ukrainians. But there is a problem with this version of events: the RPG-27 “Tavolga” was used for the shelling, which has never been in the Armed Forces of Ukraine. It is used only by the armies of Russia, Transnistria itself, as well as Jordan and Gabon. As a result, the joke that “Gabon attacked Transnistria” became popular in Moldova.

Explosions at a non-functioning airfield are even more nonsensical. Transnistrian telegram accounts reported that Ukrainian drones dropped “two NATO-standard mines” at the airport. However, this closed military facility has not been in operation for more than 30 years, and there are no planes or people there.

The attack was officially declared a terrorist attack. But if it had not been reported by the authorities, the “terrorist attack” would have gone unnoticed.

The third series of explosions took place at the Transnistrian Radio and Television Center. It is a huge complex for broadcasting radio signals over long distances in the short and medium wavelength range. The complex was built during the Soviet era so that Americas could listen to Soviet radio. According to the Transnistrian Ministry of Internal Affairs, the explosion destroyed less powerful transmitters with a capacity of 1 megawatt and a half-megawatt.

However, has this really hurt Russia? Today, almost no one listens to short or medium wave radio. Propaganda now works completely differently, and these transmitters remain an expensive Soviet toy. It is possible that Russia was happy to get rid of it.

And most importantly: after anecdotal attacks on the MGB and the airfield, it is hard to believe that real sabotage from Ukraine would occur simultaneously with blasts described above

However, this is still a terrorist attack

The events in Transnistria can be considered a terrorist attack, even though no one was injured in the three series of explosions.

Terrorist attacks are crimes committed to intimidate people; this is what is happening in Transnistria. The self-proclaimed “president” of the region Vadym Krasnoselsky said he did everything in his power to make people believe in the beginning of terror. He announced the closure of schools till the end of the school year. Authorities have canceled all school exams this year, including final testing.

At the same time efforts on social media began to influence the Transnistrians. People allegedly received fake reports from Ukraine about the preparation of a missile attack on Transnistria.

As a result, people began to flee the region. Huge queues of cars lined up at the checkpoint on the way to the right bank of Moldova.

Is the army in Transnistria dangerous?

Russia’s military potential in Transnistria is very limited. There are about a dozen of tanks. And a number of “Grad” multiple rocket launchers are old Soviet-style, with a range of 20 km. Russia has not been able to supply new equipment to Transnistria. And the combat effectiveness of what is there is in question because the Army has not conducted training or marksmanship training in 30 years.

With the staff it is even worse. There has been no real rotation of Russian soldiers since 2014.

Officially, there are less than 2,000 soldiers in the contingent there, but in reality, there are only a few dozen Russian soldiers and combat officers. The rest are locals, Transnistrians, for whom working in an incompetent local army is just a mechanism for making money. They are not ready to fight. It is unrealistic to assemble an offensive group against Ukraine from this. At most, it may be about creating separate DRGs. Or about information attacks – threats of war without real action.

Another problem is that in Transnistria, in the village of Kolbasna, where the largest weapons depots in Europe are. They store about 20,000 tons of ammunition. But this ammunition is mostly for old weapons that cannot be used in combat, and which are dangerous to even take out and should only be disposed of.

We mentioned that Tiraspol has a military airfield, but it has not been used for more than 30 years. Transnistria does not have its own aircraft. Russia also cannot use it for landing, as a military transport plane must fly over the territory of Ukraine, where air defense is likely to shoot it down.

Thus, the Russian Transnistrian army does not pose a significant threat and cannot be easily reinforced. The only dangerous scenario is the creation of a land corridor to Transnistria by the Russians.

The article was published at of European Pravda