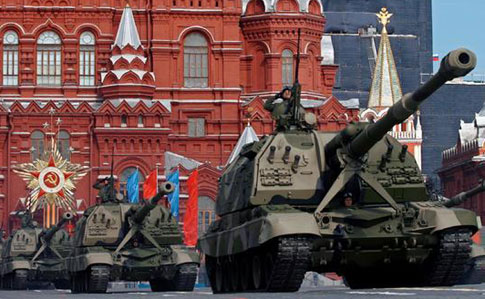 Will Russia escalate on the 9th of May?

Will Russia escalate on the 9th of May, the “Victory Day”? UkraineWorld asked Mykhailo Samus. Key points of his analysis in our brief, #UkraineWorldAnalysis:

On possible declaration of war by Russia

Russia will unlikely officially declare war on Ukraine on 9 May, as it has been circulated by foreign media outlets in the wake of this date;

The possible declaration of the war will change nothing for Ukraine, unlike Russia which, if such a decision is taken, will have to adjust its respective policies to the new legal framework reality.

In contrast, Putin’s so-called Special Military Operation against Ukraine was declared in order not to be limited by any legislative framework;

The wording of Russia’s campaign against Ukraine – “demilitarization” and “denazification” – as final goals were developed in order to blur the actual understanding of the Kremlin’s line from the legal point of view as much as possible.

On possible mobilization in Russia

Putin will also unlikely declare mobilization as it sufficiently legally limits the rights and freedoms of ordinary Russians which may trigger tensions within the population.

On steps, Russia may embark on 9 May

Instead, Putin may embark on psychological and emotional propagandistic aspects to send a hidden signal about the need to be united in the face of “Nazism that is rising up in Ukraine and the Western world” to eliminate it;

If he opts for such a step, this will give Putin additional leverage to mobilize mercenaries from all around the world, as well as like-minded people in Russia.

The best way for Putin now, taking into account the failures of the Russian army on the battlefield in Ukraine, is to blur the information background by highlighting the fictional victories built upon “pobiedobesiye” narrative.

The possible annexation by Putin of the temporarily occupied territories of Donetsk and Luhansk oblasts by including them into Russia means the declaration of war to Ukraine which makes impossible the conduction of any peace talks, thus reaching any peace accords;

The possible annexation will also pave the way for tough sanctions against Russia, including the adoption of the 7th package of restrictive measures by the EU.

On counteroffensive by Ukrainian Armed Forces

While the Russian army, fueled by Putin, is eager to reach some visible results in its war against Ukraine amid its numerous failures, the Ukrainian Armed Forces are in the process of the so-called “preparation of the battlefield” which will provide it with an opportunity to hold an effective counteroffensive operation;

As of the end of May, being equipped with a sufficient number of Western-style heavy weapons delivered by our European and American partners, including artillery, Ukrainian Armed Forces will find themselves in the ability to launch their first counteroffensive actions against their enemies;

Afterwards, by using the factor of fatigue of Russian troops, Ukraine will have a chance to change its tactics by transferring to the targeted counteroffensive operations.

The key aim of such tactics will be to ensure the imbalance of Russian troops to make them withdraw from the territories they have occupied previously, as it has been the case for the situation when Russians had been forced to run away from Kyiv, Chernihiv and Sumy oblasts in early April.

Originally the article was published at Ukraine Today