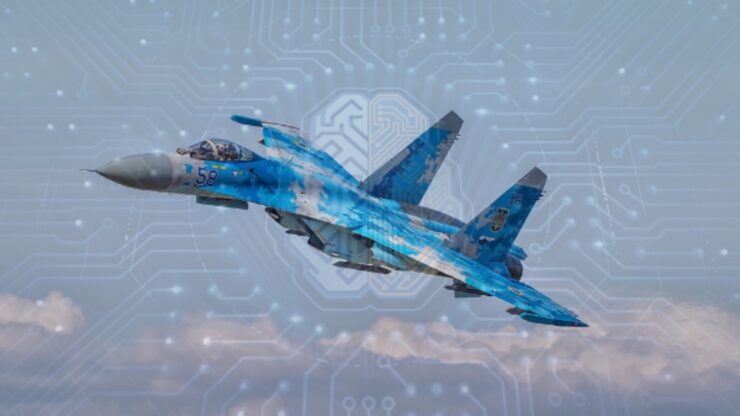 “Artificial Intelligence” in the Russian-Ukrainian war

Armed conflict cannot be successfully resolved without the use of the latest weapons, modern intelligence, data transmission, control and destruction systems, which, at least in part, did not contain an “artificial intelligence” component.

The use of “artificial intelligence”, which is a combination of technologies that combine data, algorithms and computing power, is one of the most sensitive issues during the war.

An open discussion of the technologies used by the Armed Forces of Ukraine and other components of defense can lead to awareness of the enemy, negatively affect the progress of tasks and victory in the war with Russia.

Currently, there are various solutions with a significant level of automation, which are successfully used by Ukraine on the battlefield to detect, identify and further destroy ground, air, sea objects and targets, including aircraft, cruise missiles, ships, weapons and equipment, military equipment and weapons.

Ukraine uses the capabilities of “artificial intelligence” to identify servicemen who take part in the war and link this data to social media accounts or other means of communication with Russian citizens.

Systems with “artificial intelligence” should be used and are already used in systems for collecting, processing and analyzing information; command and control; missile and air defense; military communication systems; in intelligent ammunition, which are able to independently identify the target and determine the trajectory of the flight; sights and devices for displaying optical electronic information; to identify persons and determine the location and diagnosis of the condition of servicemen; countering cyber threats; analysis of the capabilities of units; automation and optimization of logistics systems; during demining; robotics, as well as in meteorological systems, to take into account weather conditions when planning military operations.

The high speed of processing huge data sets can significantly reduce the time for decision-making in the planning and execution of operations, as well as increase the efficiency of troop and weapons management.

At the same time, it is important to keep in mind the negative consequences that such systems can have in the military when making decisions based on incomplete, incorrect or falsified source data, because no recognition technology can replace an experienced specialist.

Also, one of the problems with the use of “artificial intelligence” systems in military systems is its vulnerability to specialized attacks aimed at hardware software, as a slight change in input data can lead to erroneous information processing results.

Russia’s war against Ukraine has shown the need to apply the concepts of machine learning, warfare based on algorithms of “artificial intelligence”, high-tech development of new weapons.

Over time, the number of areas and methods of using “artificial intelligence” in the military will expand, and in the near future such systems will become one of the main tools in the preparation and conduct of hostilities.

I am convinced that the mass use of the latest technologies and the creation of modern defense systems using “artificial intelligence” is a reliable way to gain significant advantages over the enemy, protect and preserve the lives of Ukrainian citizens.

Additionally, about “artificial intelligence” in the Russian-Ukrainian war in an article by Valeriia Molderf