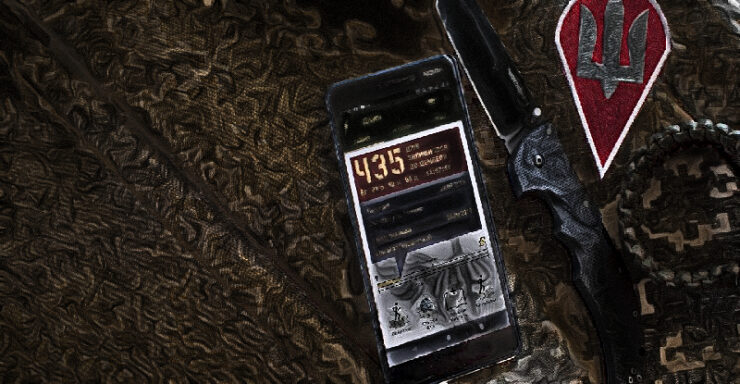 The smartphone: a dangerous assistant on the battlefield

The certain comfort and ubiquity of smartphones during combat operations, in the areas of gathering and deployment of military personnel not only poses a new security challenge to the armed forces, but also provides targeting units with a wealth of information that helps identify targets identified for engagement with unprecedented accuracy and speed

Of all the signals that smartphones emit during normal operation, location data is one of the most valuable in preparation and active warfare because unlike intercepted conversations or call metadata, location data can be used immediately.

Location data can reveal troop concentrations and movements, supply routes, and even the day-to-day activities of units.

A concentration of troops in a particular location can indicate an important location, and aggregated location data helps reveal connections between different units or groups of military personnel.

Data on the location of military personnel can be used by the enemy to carry out targeted attacks against them, which is an obvious risk to life.

How the military handles smartphones and the data they transmit can affect the conduct of war.

Monitoring the activity of smartphones can provide the enemy with not only intelligence but also targets for attack, and since their presence during active combat is inevitable (even if their use is prohibited or discouraged due to lethal consequences), any new location information gives another signal to the enemy, which may eventually result in a targeted missile strike or an improved defensive position.

The party to an armed conflict that can best control information in this area has a greater chance of victory and, taking into account other factors, will win the war.