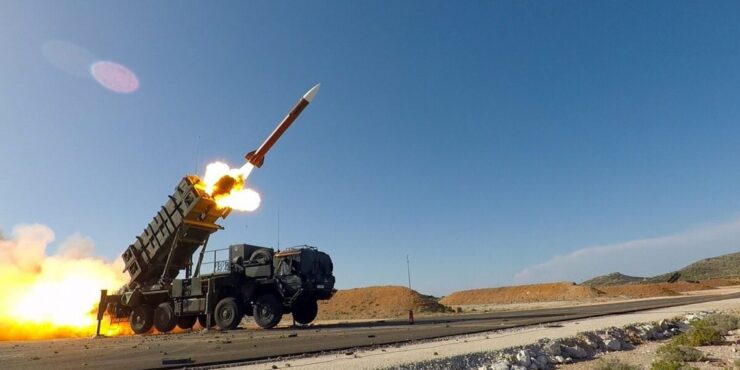 Mykhailo Samus, director of the New Geopolitics Research Network, believes that Russia may still have several thousand old missiles, so Ukraine should create a stockpile of air defense systems to be able to protect civilians and residential buildings from Russian destruction

He shared his opinion with Espreso TV.

“Our defense industry has done a miracle and the old complexes, of which there are actually very few in the world, are used very efficiently. But really, the missile resource is running out.  When we shoot down 100 targets every day, then we need 100 missiles. It is very expensive. If we are talking about the supply of one complex per month, which our partners are currently offering us, then this is definitely not enough. Now we should be talking about dozens of complexes. And then we will be able to talk about some kind of replacement, maybe in half a year,” Mykhailo Samus said.

The military expert agreed with the thesis that the Russian forces are gradually depleting their stockpile of weapons, but noted that they may still have several thousand old missiles.

“Of course, I agree with the assessments that the Russian Federation must be running out of high-precision missiles, but we know that they have a lot of old missiles. They modified the S-300 and can fire at the civilian population and our cities. We must understand that Russia may have several thousand more such missiles, so we must have the potential to be able to protect our skies at all times. Not to be dependent on stocks of S-300 or Buk systems, because sooner or later they will run out with such intensive use by the Russian forces of their old, inaccurate, but very deadly missiles,” he said.