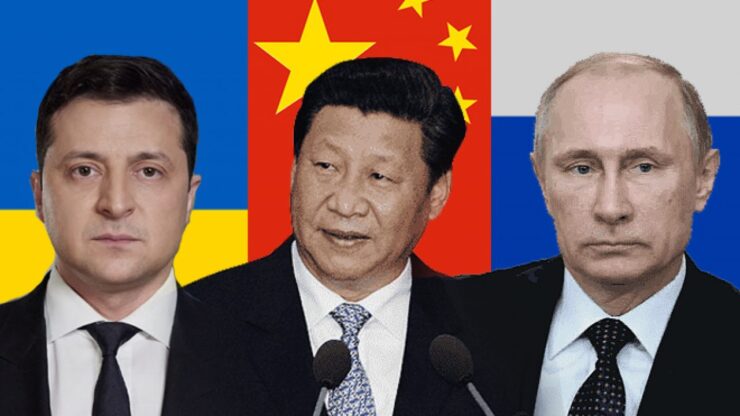 Yurii Poita, Head of the Asian Section of the NGRN commented for the American media Newsweek  on the current state and prospects for the development of relations between Ukraine and China.

Beijing has maintained a positive image in policymaking circles in Kyiv over the years. Traditionally, bilateral trade and the partnership on military technology have been the core of Ukraine-China ties, said political analyst Yurii Poita, who heads the Asia section at the Kyiv-based New Geopolitics Research Network.

“For a long period of time, Ukraine perceived China as a window of opportunity to develop its economy by increasing trade turnover and investment flow,” Poita told Newsweek. “China was also considered a possible security cushion to counterbalance Russia.”

The Ukrainian government’s overall assessment of the relationship hasn’t changed much, according to Poita, even if harsh realities have somewhat tempered the initial optimism: China enjoys a three-to-one trade surplus over Ukrainian exports of mostly agricultural products and raw material, while Chinese capital accounts for 1 percent of foreign investment in Ukraine.

Now the needle is moving, said Poita, who pointed to two eye-opening instances in recent years.

The second was a case of Chinese political coercion amid the COVID-19 pandemic. In June 2021, Western diplomats told the Associated Press that Beijing was successful in making Kyiv withdraw its support for a Canada-led joint statement on China’s treatment of Muslims in Xinjiang at the U.N. Human Rights Council, by threatening to withhold a planned shipment of at least 500,000 Chinese vaccines.

Ukraine’s decision to put its name to the U.N. letter may have seemed like picking low-hanging fruit, but its significance shouldn’t be overlooked, according to Poita, who said it wouldn’t have been an easy step for Kyiv to take, while failing to stand up for liberal democratic values could’ve undermined trust in Ukraine in the West.

has red lines, too. Any material assistance from Beijing to Moscow—easier to spot than help with sanctions or providing battlefield intelligence—would top the list, said Poita.

While few know what the Ukraine-China relationship will look like when the shooting stops, early questions have emerged about China’s potential role in rebuilding Ukraine.

Kyiv isn’t ruling out the possibility of assistance from Beijing, Poita said, but the Rada, which could mandate investment screening, and Ukraine’s Western backers, which would fund much of the reconstruction, could have some say in the level of Chinese standards to be introduced into key infrastructure such as telecommunications networks, power grids, and transportation.

In the meantime, Zelensky can afford to allow realpolitik to prevail. “Ukraine won’t antagonize the dragon while fighting the bear,” Poita argued. But Kyiv will eventually have to address the issue of how it defines China.

Ukraine wouldn’t be expected to explicitly describe China in the standout terms of the age—competitor, challenger, or threat—but it would need to clarify its China policy going forward if it wants to win the confidence of future economic partners in the EU and security allies in NATO, lest its ambiguous posture breed uncertainty about a “Trojan horse,” Poita said.