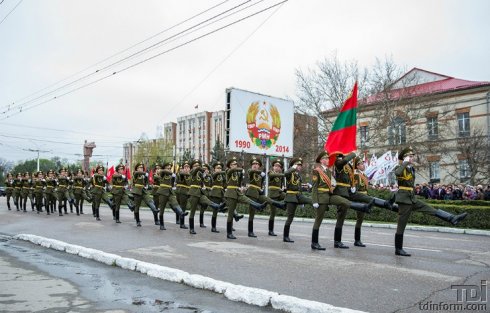 The End of Transnistria Conflict Soon?

While Ukraine fights Putin’s forces occupying its southern and eastern regions, another group of Russian troops has been stationed along its southwestern border for 30 years.

It is Transnistria, the eastern region of Moldova, home to a self-proclaimed “state” that is actually under the effective control of Russia. Decisions of the European Court of Human Rights confirm this status.

Kyiv just ignored the Transnistria issue, and some authorities benefited from this smuggling “black hole.” Everything changed with the full-scale Russian invasion. It is obvious that a frozen conflict near the border threatens national security and limits the European future of Ukraine and Moldova.

Ukraine can and must solve the issue of Transnistria. Otherwise, it would be impossible to end the war in Europe.

This article analyses how actually to eliminate the frozen conflict.

What is important to know about Transnistria

Transnistria controls most of the narrow strip of land between the Dniester river and the Moldovan–Ukrainian border, which in the early 1990s, during the collapse of the Soviet Union, became the site of the strangest war. In those years, several ethnic conflicts occurred in Central Asia and the Caucasus.

But the war in Transnistria was different. It was a war of elites without a real ethnic background.

Moldovans were and remain the largest national group in Transnistria. However, the leaders in the region were almost exclusively Russians who refused to be subject to Chisinau. The Soviet (later Russian) 14th Guards Army was quartered in Tiraspol, the largest city in the region. In 1992, it became a decisive force in the war.

The Soviet propaganda machine came up with a myth about the “threat of an attack on Romania” and demonised the Romanians to lure people to war. But it was never popular: even bloody clashes with more than 1,000 killed did not derive enmity between the banks of the river Dniester.

The 1992 war ended with the signing of a cease-fire agreement between Russia and Moldova. Russia won.

First, Moldova remained divided, and Russia kept its military base in the occupied region in the center of Europe.

And secondly, due to the mistakes and inexperience of Moldova, which had just become independent, Russia was able to distort its legal status and turned from an aggressor into a “mediator” and “peacemaker.” Over the next 30 years, Russian propaganda cemented this perception even among some Moldovan citizens.

How did Moldova manage to provide the region economically viable all these 30 years?

A unique business model popped up specifically for it based on smuggling and free gas. The last one is beyond important. Gazprom supplies gas through one pipe to Transnistria and the rest of Moldova. Transnistria does not pay for its share, and Moscow has been accounting for these funds as “Moldova’s debt” for many years. But Chisinau does not recognise this debt.

As a result, Transnistria receives gas for free. Gazprom and Moldova are engaged in endless disputes about debt worth over $8 billion. Oddly enough, this absurdity has satisfied everyone for many years.

A conflict that cannot be resolved by force

Ukraine has surprised the world with its military successes. That’s why Kyiv wonders why the Transnistrian conflict cannot be resolved by military means.

Russian forces in the occupied region of Moldova are weak in the military sense. They are armed only with old Soviet equipment and the servicemen have no experience.

But the army of Moldova is even weaker. President Maia Sandu directly admitted that Moldova does not have a combat-ready army.

Chisinau could theoretically ask Kyiv for military assistance. But practically it is impossible. Moldova shows consensus both in society and among politicians regarding the inadmissibility of using force (certainly not waging war!) against Transnistria. Under any conditions, at any cost, the use of force should be avoided, and instead, negotiations should be the only path. All Moldovan governments have based on it its Transnistria strategy for decades – both pro-Russian and pro-Western.

Bloody Russian aggression against Ukraine only strengthens the desire of Moldovans to avoid war at all costs.

There are no circumstances under which Chisinau would consent to welcome the Armed Forces of Ukraine on its territory. A politician who officially proposes this will commit political suicide.

Transnistria, controlled by the Russians, is the territory of Moldova. This is what international law says, which is basic for Ukraine, resisting Russian aggression.

The only option when the Ukrainian army might perform military de-occupation of Transnistria is if the Russian military attacks Ukraine from this territory and give Kyiv the right to a military response. It seems this is not going to happen.

Therefore, Moldova prefers only a non-military way to eliminate Transnistria. But even in this case, Chisinau does not show any desire to make it happen.

Pretty paradoxically but Moldovan society does not seek to return its land.

There are several reasons for this.

First, the strange 1992 war did not bring a feeling of “lost land” in Moldova. Almost all refugees returned home immediately. Transnistria’s border is transparent, so the families on the two banks did not get separated.

Secondly, in 30 years the two banks of the river Dniester have lost interest in each other. There is no enmity but they have become strangers. Society does not want any unification.

Without such a public request, politicians also hesitate to suggest it.

Not a single leading party of Moldova has written in its electoral campaign reintegration of Transnistria for decades. Not a single party comes up with a strategy for returning the occupied land. A national consensus has been formed in Moldova with the option “do not touch anything.”

It is important to understand that political parties in Moldova do not act on the Transnistria issue not because of the military presence of the Russian Federation in Transnistria. It has more economic and political reasons than military ones.

Transnistria has been financially beneficial to the authorities of Moldova for many years. Smuggling generated funds for ruling parties. This is changing now. Sandu’s government has no income from smuggling, all observers are sure. Maia Sandu has repeatedly stated about the withdrawal of Russian troops. She wants to bring Moldova to the EU and understands that this mission is impossible with Transnistria.

However, Sandu also has her reasons not to touch Transnistria.

First, about 10% of Moldova’s population lives there and they vote mostly pro-Russian. The unification of the country will change the electorate not in Sandu’s favour.

Secondly, Chisinau still depends on Russian gas. Gazprom supplied Moldova with 100% of its gas until recently. If Moscow loses Transnistria, it can cut off gas to Moldova in general. Therefore, the government is afraid of a gas collapse.

Thirdly, Sandu’s government is financially interested in Transnistria under Russia’s control. Moldova purchases electricity from Transnistria, which is produced there with free Russian gas. This electricity is the cheapest for Chisinau and it cannot afford a price tag rise.

And fourthly, Chisinau does not understand what to do in case of unification of the country with the economy of Transnistria. Its reconstruction will require funds that Moldova does not have.

These are the questions that Ukraine and the West must answers, convincing Chisinau to take the necessary steps.

The most difficult task is still the military de-occupation. Even the defeat of Russia in the war against Ukraine does not mean the Russian army will vanish from Transnistria. Moscow, having lost in Ukraine, might win in Moldova.

President Sandu advocates the withdrawal of Russian troops, but she cannot be in office forever. The current pro-Western government in Moldova is losing its popularity and may lose in the next elections in 2024-25. Its opponents tend to compromise with Russia. But Russia will also be weaker and more ready for political concessions regarding Transnistria.

It is potentially possible that in case of victory of a more loyal government in Chisinau, Russia will agree to reintegrate the country and “forget” the gas debt (Moldova will see this as a victory). Meanwhile, Russia will keep its military base in united Moldova, gaining access to rotations and equipment upgrades, etc. Therefore, Russia will only get stronger there.

The scenarios in which the Russian army will remain in Transnistria are unacceptable for Ukraine’s national security.

Kyiv must make every effort to prevent the Russian army from remaining in Transnistria.

During the negotiations on the security arrangement in the region, which will certainly occur after the military defeat of the Russian Federation in Ukraine, Ukraine should demand agreements, including the withdrawal of the Russian military from Transnistria.

Demilitarisation is even possible by replacing the PMR “army” with a UN or EU peacekeeping mission. But even if only Russian officers leave, and local servicemen remain as “military PMR,” – this may be a good start to reintegration.

The main thing is to break the chain of their official subordination to Moscow.

The expulsion of the Russian army from Moldova is mandatory to achieve peace in the region. But this is not enough.

Keeping Transnistria with hybrid Russian influence, filled with Russian propaganda and agents in the local army, will stay exactly the same dangerous for Ukraine. Meanwhile, after the defeat of the Russian Federation in the war, a historical window will open when it is possible to destroy not only the military but also the political structure of this region and force it to reintegrate.

As mentioned above, the region’s economy is based on Russian gas, producing electricity from it. Revenues from its sale to Moldova form the Transnistrian budget. Free gas is also used for heating, for the metallurgical plant in Rybnytsia, and other enterprises. The economy and social sphere of Transnistria will face a rapid collapse without gas.

Therefore, gas cut-off, or at least its threat, is necessary for Moldova’s reintegration.

If the Russian army is no longer around, such a threat will prompt the leadership of Transnistria to negotiate with Chisinau on new rules of coexistence. Of course, it is important not to collapse the economy of Moldova. Chisinau purchases more and more gas and electricity from the EU this winter. Ukraine will help its neighbours with electricity supplies as soon as the war ends.

The gas blockade, of course, must be legally possible. Ukraine could refuse to supply anything to unrecognised territories. Gas is no exception.

Will the European Union support such actions?

Some will probably say that an economic/gas blockade of a separatist region could lead to suffering for ordinary people. However, without a strategic solution to the Transnistrian problem, these sufferings will simply be stretched out in time! When the agreement on the peaceful reintegration of Moldova is reached, the EU will undoubtedly join the reconstruction of Transnistria’s economy, disarmament, etc. It will be an incredible success story for the EU with moderate financial infusions.

It is still unclear whether Moldova’s president, Maia Sandu, will feel the breath of change, she has avoided the Transnistrian issue with all her might. And if she does not lack the political wisdom to lead this process with Ukraine, she will go down in history as the person who united Moldova.

And if not, then the Transnistrian issue will still get resolved but without the authorities of Moldova because Ukraine is unlikely to miss a historic chance to remove the hidden Russian threat from its borders.