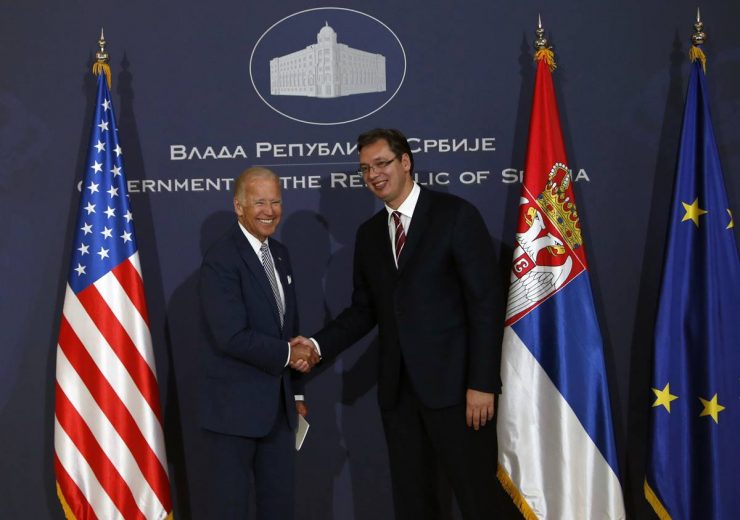 Biden is making no U-turn. It can be assumed that with regard to the main goals of American diplomacy there will be no significant change in policy regarding the core alliances in the Western Balkans. No drastic changes except in form: first, the United States is likely to abandon attempts to build relations with the region independently of the EU. Second, American President will be more explicit in promoting mutual recognition. Washington will put more pressure on Serbia, but will not push to the limits risking to turn Serbia in Russia’s arms. Contrary to diplomats in charge, I would conclude that – in terms of real politics – any solution is still away on horizon.

In such a context, the return of a more familiar form of US involvement in the region will rather focus on other Balkan topics. I would say Bosnia will top American interests once the Western Balkans comes to agenda.

Two-and-half decades after the war ended, Bosnia is dysfunctional state with conflicting interests of three ethnic communities – Bosniaks, Serbs and Croats – which are steering country apart. No politics, only nationalism.

In Biden’s plans, Dodik is certainly not a part of solution but a fundamental problem. His claim that recognition of Kosovo would also demand a recognition of Republika Srpska, which was met with silence from the Trump’s White House, will meet Biden’s sharp opposition, what can be the beginning of the end of Dodik’s political career.

One can expect that the US will help European partners to reform Bosnia, if it’s needed and with new initiatives based on Biden’s deep conviction for inter-ethnic social cohesion and religious tolerance among Muslims, Serbian Orthodox and Croat Catholics. In another words, it is unlikely to fundamentally change the Dayton Agreement, but can make the interethnic dialogue much more efficient.

As for Kosovo and Bosnia, the new administration would be also more explicit in sending a clear message to the region: if you want to join the European Union and NATO, you have to distance yourself from the East and build democracy instead of copying authoritarian models.

Renaissance of values of liberal democracy, which Biden’s predecessor damaged by encouraging Western Balkans populists and nationalists, is also welcomed by some and feared by others. Insisting on the rule of law, strong institutions, independent judiciary and media and ensuring human rights will additionally confront Biden with regime in Belgrade. Washington is already clear that it will not support the Serbia President’s growing authoritarianism.

Rediscovering Balkans is policy based upon long term American interests. Not only in economy, energy and investments, as it was proved with Washington Economic normalization agreement between Serbia and Kosovo which Biden have no reason not to respect, but primarily with the aim of blocking further Russia’s “Drang nach Westen” and China’s aggressiveness.

Under the Trump administration, governments across the Western Balkans have been more or less left to their own devices. Serbia’s growing relationship with China, along with its long-standing obedience to Russia, has remained unchecked by the United States in the past four years. China, Russia, and to a certain extent Turkey have stepped in to fill the void left by a cautious and uncertain Europe and poor US global leadership.

It’s time for change. Working together with the EU to counter East in the Balkans would help reinvigorate transatlantic relations. For those who are too close to Russia and China, as Serbia is now, there will be more pressures combined with economic stimuli. The message is: no more attempts to play Europe and America off against each other; resist Russia’s diplomatic influence, in particular with regard to Kosovo’s statehood; stop military import which will make you strategically subordinated; continue buying Russian gas, but diversify energy resources and be ready to introduce American LNG into the Balkans energy mix, etc.

From the US standpoint, it is crucial to eliminate the influence of the Russia from the Western Balkans. To achieve this goal, political and economic cooperation with Serbia has to be intensified, what is not an easy task because of continuing hostility from part of the Serbian population to the US intervention in Serbia in 1999.

The Western Balkans, Serbia and Montenegro primarily, has been also an arena for China asserting itself as a global power for some years now. The Chinese approach has been manifold, ranging from implementing its Belt and Road Initiative, to investing in banks in the region and developing relations with different non-state actors in order to spread China’s influence not only in politics and the economy but also in society at large.

Balkan issues will be linked to other global questions, but when the United States and Europe act as one, the chances of success are high. Unified West brings more to the table than an unpredictable East. “Biden’s special relationship with the Balkans should ease the path to restoring transatlanticism and rebooting joint efforts in the Euro-Atlantic integration of the Balkans”, European Council on Foreign Affairs concluded in January.

If the United States is to restore trust in its leadership – as promised by its new President in the lead-up to the elections – the Western Balkans are the ideal place for Washington to start.