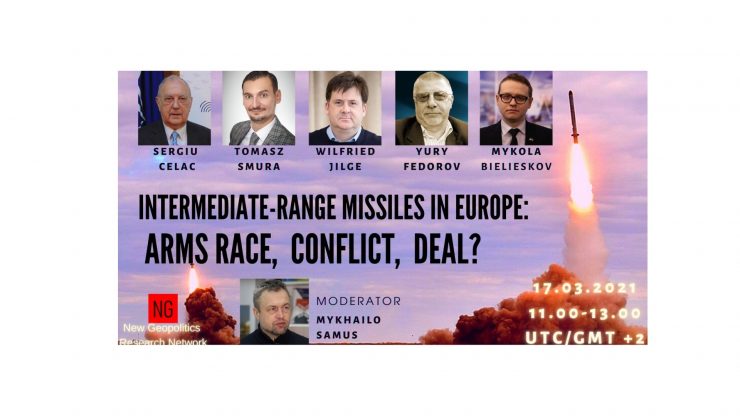 We bring to your attention a summary of Dr. Yury Fedorov’s (professor, leading international expert on international security issues) speech “Deployment of SSC-8 missiles: what will Russia ask for in return?“

– Deployment of a long-range hypersonic weapon system by the U.S. Army is expected till 2023. So if these systems are fielded in Europe nearby Russian borders, it will essentially change the balance of military force preventing Moscow from aggression against Baltic States, Georgia and Ukraine.

– The Vertical Launching Systems (MK41 VLS) that are deployed at NATO basis in Europe, mainly in Poland and Romania, strive to cover SSC-8 missiles in the Kaliningrad region.

– Russia’s position not to deploy the SSC-8 missiles at the Kaliningrad region if NATO precludes the deployment of any American intermediate range system doesn’t seem serious, because Moscow proposes to exchange one Russian missile system for 5 or 6 American. It’s the good deal only for Russians.

– Russia may agree with elimination of SSC-8 missiles, but the question is what could be done with other Russian intermediate range weapons, such as “Kinzhal” etc, which are aimed at European targets. And should European states located nearby Russia to refuse weapon that substantially strengthen their warfighting capabilities in exchange with only one Russian system.

-The basic question at the moment not only to discuss a missile question, but how to strengthen the security of the front lying states, including Ukraine.

Professor, Expert in Russian foreign and security policy, author of the books Russia between Fascism and Disintegration and Hybrid War A La Russe