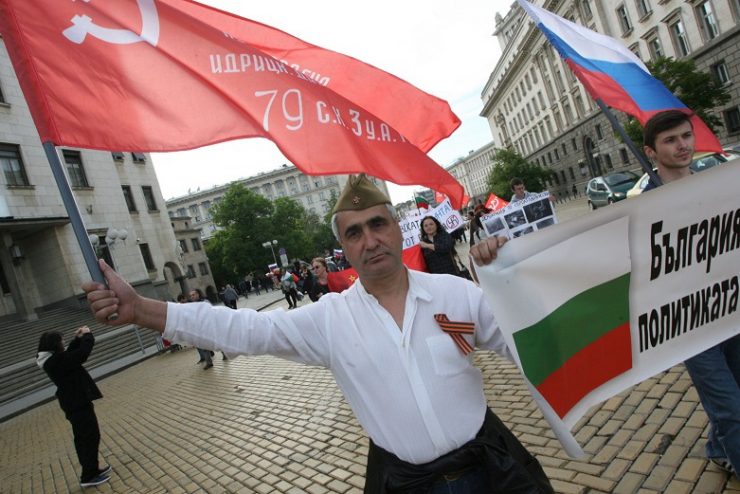 The nature and instruments of Russian influence in Bulgaria (Part two)

Russia also has a serious influence on public sentiments in Bulgaria. This influence is possible due to the already mentioned historical factors. As the leader of the most Russophile Bulgarian party Ataka, Volen Siderov, notes: “Russia, not the European Union, has freed us from Turkish slavery.” Bulgarians of the older generations have nostalgic feelings for their youth and praise the communist period, when Bulgaria was a satellite from the Moscow’s orbit. But the roots of Bulgarian Russophilism are not only in history. Until the beginning of the 21st century, the main axis of political life in Bulgaria was the confrontation between the anti-communists and the left, grouped within the successor of the Communist Party – the Bulgarian Socialist Party (BSP). So, it is logical that pro-Russian sentiments prevailed in the left.

However, in the last few years everything has changed. Currently, the main ideological fault line in Bulgaria is between conservative nationalist ideas and liberalism. The United States and most EU countries are a symbol of the liberal pole in politics, and that is why the national-conservative circles in Bulgaria tend to support Russia, which positions itself as a conservative Orthodox state. Conspiracy theories, which present the world-wide politics as a conspiracy against Russia, Orthodoxy, and Bulgaria, also work in Moscow’s favor.

Most Bulgarians, which were born before the 1970s, understand Russian, can watch Russian television and read Russian news websites. In addition, Russian propaganda in Bulgaria is disseminated in Bulgarian through the Ruski Dnevnik (Russian Diary), which is part of the Russia Beyond the Headlines project, funded by the Russian newspaper linked to the Russian government. The BSP’s newspaper Duma and the specialized weekly Rusia Dnes (Russia Today) also have a clear pro-Russian orientation, although Russian propaganda narratives are not widespread on major Bulgarian TV channels, which are the main channel of media influence.

Some Bulgarians who studied in the USSR before 1989 still have an influence on the country’s socio-political life and maintain contacts with their former Russian counterparts. More than 650 Bulgarians graduated from The Moscow State Institute of International Relations, an elite Soviet-Russian university that brought together the most promising students from across the socialist camp. A number of Bulgarian intellectuals are sincere Russophiles, emphasizing the advantages of Russia’s “spiritual state” over the “mercantile West.”

This is being done through two main channels. First, politicians are forced to take into account the pro-Russian sympathies of about one third of Bulgarian voters. For at least 10 of the last 12 years, GERB has been the main governing force in Bulgaria. This is a party, which was formed around the charismatic figure of former firefighter and owner of the security company Boyko Borissov. The GERB is a catch-all party (a big tent party), and therefore it cannot afford to ignore the geopolitical preferences of any group of Bulgarian voters, including those with Russophile attitudes. The main opposition party, the BSP, is openly Russophile.

The second way of incorporating Russian interests into Bulgarian politics goes through the specific large-scale economic projects of state-owned companies. These include the project of building a nuclear power plant with Russian reactors in Belene and the extension of the Turkish Stream gas pipeline through Bulgaria, which will allow Gazprom to export gas to Serbia and Central Europe bypassing Ukraine. Boyko Borissov’s government is interested in implementing these projects, as they allow him to take control over the distribution of significant budget funds. Through major energy projects, Russia exports to Bulgaria non-transparent and corrupt business practices, thanks to which it manages to attract to its orbit part of the Bulgarian business and political elite.

After the annexation of Crimea in 2014, Russia’s goal is to use Bulgaria as its lobby in the EU and as a weak European link that can be effectively pressured. Prime Minister Borissov has repeatedly stated that EU sanctions against Russia are not good for Bulgaria, but these statements were mare rather for domestic use. At the international level, Borissov lacks the confidence and influence to oppose the policy of sanctions.

After Russia has significantly strengthened its military power in Crimea, Bulgaria, being a part of NATO’s eastern flank, experienced a sharp shift in the balance of power in the Black Sea region. The rearmament of the Bulgarian army with new aircrafts and ships can also be seen as a response to this threat. Also, more than 10 Russian diplomats accused of espionage have been expelled from Bulgaria in the last four years. And in mid-March 2021, the Prosecutor General’s Office announced that it had uncovered a spy network of former and current Bulgarian servicemen who worked for Russia.

At the same time, in terms of regional military tensions, Prime Minister Borissov is trying not to enter into too direct confrontation with Russia. In 2016, he ruled out Bulgaria’s participation in plans to form a joint NATO Black Sea Naval Task Force to counter Russia’s navy in the region. He then justified his position as follows: “I always say that I want the Black Sea to see sailboats, yachts, large boats with tourists and not become an arena of military action… I do not need a war in the Black Sea”. However, in 2020 the Maritime Coordination Center of MATO was established in Bulgarian port of Varna. There are two or three military bases on Bulgarian territory for joint use with the US military, but in general, Washington’s main stronghold in deterring Russia in the Black Sea region is not Bulgaria but Romania.

In November 2006, the Russian Ambassador to the EU Vladimir Chizhov called Bulgaria “Russia’s potential Trojan horse in the EU.” To date, we can say that this is not true. At the same time, pro-Russian sentiment remains strong in Bulgaria, and that is why Sofia is not joining the group of “hawks” in the EU and NATO, which insists on a tougher policy towards Russia.