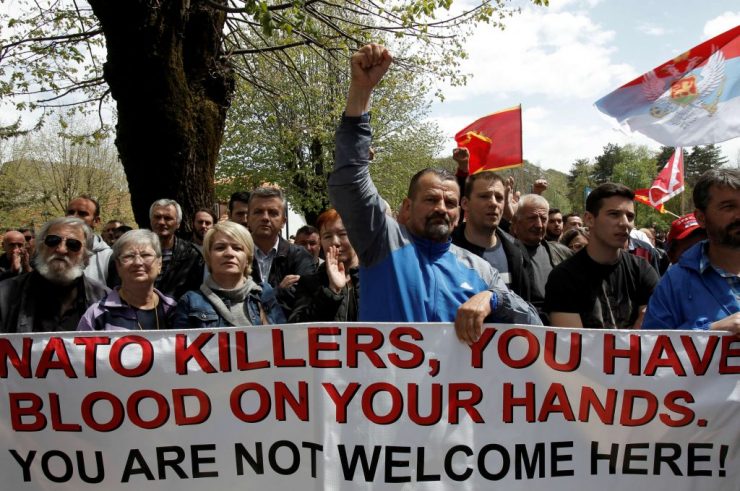 Montenegro: Change of the Vector?

The number of scandalous anti-NATO and anti-Western actions and statements at the highest level in Montenegro has been continuing to increase steadily during the last period. Such a position of NATO member state and moreover of the candidate country for EU membership seems to be unexpected.

After the parliamentary elections in August 2020, for the first time since the Montenegro’s independence, a coalition of pro-Serb and pro-Russian forces came to power. Due to Brussels’ pressure it was possible to form a more or less centrist and pro-European government, but day by day Podgorica’s course towards Belgrade and Moscow is becoming more and more noticeable.

The loudest scandal was the disclosure of foreign intelligence data by the Acting Director of the National Security Agency (ANB), Dejan Vuksic. The head of the Montenegrin secret service leaked classified information to the members of the parliamentary Committee for Defense and Security who did not have the necessary access. Information about the American intelligence officers immediately became known to Belgrade and Moscow. The leak can hardly be called a “mistake” since Dejan Vuksic is a protégé of a political force that has openly declared a pro-Serb and pro-Russian position.

Another controversial episode that took place in Montenegro is the provocative speech of Prime Minister Zdravko Krivokapić on the occasion of the anniversary of the NATO operation in the former Federal Republic of Yugoslavia, conducted in 1999 against the regime of Slobodan Milosevic. It should be noted that the official Podgorica, by contrast with Belgrade, has not criticized NATO’s actions in Yugoslavia up until recently. The assessment of the 1999 events was given by the former Montenegrin authorities from the standpoint of the need to put an end to the criminal actions of the Milosevic regime. It directly run counter to the view of Belgrade and Moscow, which spread the thesis of  ” NATO’s criminal aggression”.

The new Montenegrin anti-Western rhetoric was continued by Minister of Justice, Human and Minority Rights, Vladimir Leposavić. Speaking in the Parliament, the head of the Montenegrin Ministry of Justice said that he did not recognize the fact of the genocide of Muslims in Srebrenica and deemed that the verdicts of the International Criminal Tribunal for the former Yugoslavia in this matter “have lost its legitimacy”. Such a statement fits perfectly into the Serbian and Russian rhetoric but directly contradicts to the positions of the West, the EU and NATO.

In this context it should be noted that since the time of Montenegro’s accession to the  EU’s anti-Russian sanctions in 2014, Russia has launched a campaign of internal destabilization in this country. Moscow took more active action after NATO’s had invited Montenegro to join the Alliance in 2015. The Kremlin deepened political ties with pro-Russian forces in Montenegro and stepped up radical forces and media resources for the anti-Western and anti-government campaign. The culmination of the destabilizing policy was an attempted coup after the parliamentary elections in 2016. Since Montenegro became a member of NATO, Russia with the assistance of Serbia has launched a negative information campaign against Montenegro. In addition, Moscow intensified information operations within Montenegro’s borders that were aimed at undermining confidence in the European Union and NATO, demonizing the United States and the Alliance, injecting threats and ethnic tensions. In addition, Russia actively uses its energy companies and energy supplies to find a lodgment in the Balkans. This became an instrument of economic and political weakening of a particular country and bringing a pro-Russian lobby to the country’s leadership, which is ready to take into account Russia’s geopolitical interests and ambitions. Thus, “Lukoil” has expanded its presence on the Montenegro’s market and became the second largest retail supplier of fuel.

NATO in the meantime has avoided giving an opinion about the crisis in relations with Montenegro. On the contrary, it is trying to demonstrate productive interaction with Podgorica. However, it must be assumed that conclusions have already been drawn with regard to the protection of the classified information, and with respect to the strength of the pro-Western foreign policy priorities of the Alliance members.

Now the question is how far the current Montenegrin authorities can go in their solidarity with Belgrade and Moscow, and how Brussels will deal with this problem. Such events look like a signal of a change of the general line in the foreign policy of Montenegro.