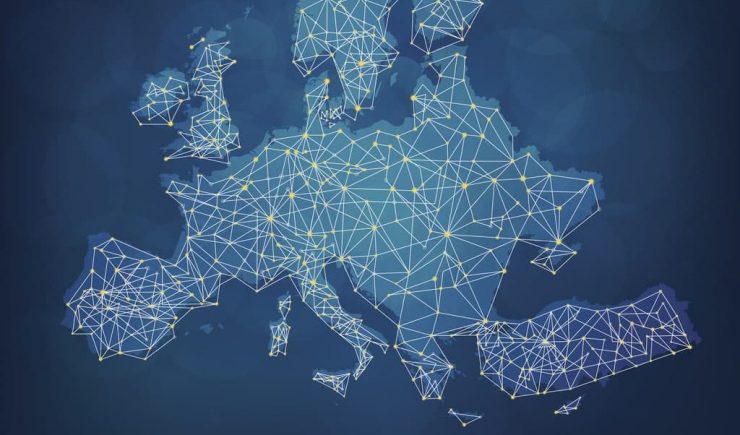 The world is moving rapidly towards a total change of the model of its further development. However, the clear picture of the new international order hasn’t been determined yet. The main drivers of modern civilization changes – the United States and China – are trying to find a new balance of power and geopolitical interests. This process is accompanied by the restructuring of the Euro-Atlantic, European and Eurasian economic and security spaces.

Western European countries (primarily France and Germany) are committed to the idea of strategic autonomy. That means military and political independence from the United States. However, practical sources of moving towards this goal are uncertain. Such strategy requires in-depth review of the basic principles of the European Union and NATO functioning. In addition, Western Europe is quite seriously considering the Russia as «leverage» in competition between the EU, China and the United States. It could lead to the resumption of strategic relationships between Western Europe and Russia.

Europe’s efforts to answer the purpose of nowadays challenges are leading to the blurring of the traditional EU value system. It brings about the transition to the so-called Realpolitik model of international relations, based on cynical pragmatism and narrow national interests.

Therefore it comes into collision with an image of the European Union as a common space for the harmonious development of European nations on the basis of democratic values.

At the same time, thirty years after the collapse of the Soviet Union, we are witnessing the next transformation of the post-Soviet space. Russia’s war against Ukraine and Georgia, the occupation of the Transnistrian region of the Republic of Moldova, the crisis in Belarus and the Nagorno-Karabakh conflict are only facade of this process. Current political and economic developments in Russia indicate that this post-imperial country is on the eve of its internal transformation and fragmentation.

In my opinion, NATO refrains from taking responsibility and leadership in the wider European region, especially on the post Soviet space. The Alliance relies on the traditional approach of ensuring collective defense focusing on the Euro-Atlantic internal stability. Thus, unwillingness to act proactively and take responsibility for the regional and global stability will inevitably result into the growth of external threats and dominance of destructive actors such as Russia.

The world is on the verge of crucial shift. Neither international law nor international organizations and national governments are unable to define a shared vision of development of mankind and ways to protect human rights.

For more than thousands of years Ukraine are at the crossroads of the grand chessboard of international politics. Regional and grandpowers always were struggling to shape Ukraine as own territory.

Nevertheless, Ukrainian endemic field is obviously strong enough so after one thousand years after Kyiv Rus was a powerful state, Ukrainian national territory is approximately the same now.

What is interesting that even about name of Ukraine we have a permanent conflict. In Soviet Union and Russia researches used myth that Ukraine it means «Okraina», translated as «borderlands», «periphery» or «frontier region». But in reality it`s not true because the base of Ukraine another word «Kraina» – country. In the same time, the name «Rus» was just stolen by Moscow during hard times for Kyiv. Actually, that’s why Moscivians or modern Russians always saying that Ukrainians don`t exist.

For the last 30 Years Ukraine was trying to find own place in new world after collapse of Soviet Union. Ukraine was changing from neutrality to pro-Russian course and again to so-called multi-vector policy, after – to NATO aspirations, and – to neutrality again. That wasn`t geopolitics. That was chaotic transformation of part of Soviet Union. It was disaster for nation which stuck in the «grey zone» between West and East.

Everything has been changed in 2014 than Ukrainian people protested against pro-Russian policy of president Yanukovych and decided finally to be in the NATO and EU. This decision was against geopolitical interest of Russia and so it attacked Ukraine with military forces and hybrid means trying to return it to the zone of own influence. But result was not Russia expected. Russia did not occupied all Ukraine, did not changed Ukrainian aspirations to the NATO and EU but illegally annexed Crimea and occupied part of Donbas. Which from my point of view is deep and long trap for Russia and after Putin Russia obviously will have to pay for this war crimes.

In the same time Russian aggression helped Ukrainian people to start process of self-identification as a united nation and crystallized own national interests. From this point Ukraine is trying to be a subject of international relations and design own geopolitics which could be an instrument to achieve national goals.

From my point of view, Ukraine should have not naïve but pragmatic geopolitics oriented on the last trend to Realpolitik which is pretty popular in the world now. But of course in the frame of the international law.

My forecast for next 5 years: Russia will continue to try to destroy Ukraine as an independent state using hybrid instruments and military blackmail. So geopolitical tension around Ukraine will increase. Conflict with Russia will determine geopolitical situation in the region. Ukraine should act proactive to create allied relations and positive neighborhood. In the same time internal resilience and military force will play critical importance. Russia will be in the process of internal transformation after Putin so our region should be united and ready to react effectively on any developments at the East.

Watch the full video of the conference here