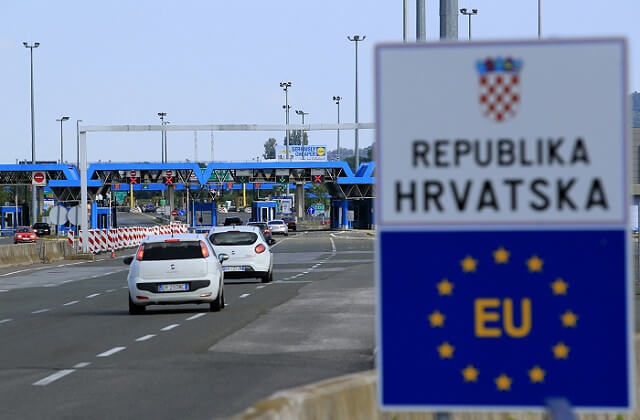 Croatia’s Schengen membership is under the question

Croatia is awaiting its full accession to the Schengen area in the second half of 2024. The European Commission concluded that Croatia has met all the technical requirements to enter the Schengen area. Nevertheless, Croatia protects its territories from the “invasion” of migrants, which has been the subject of harsh criticism of the European community. This decision was reached despite various NGOs and the Croatian ombudswoman reporting serious violations of fundamental rights at the border. The report only noted that the “protection of human rights of asylum seekers and other migrants […] remains a challenge.”

There is extensive evidence of violations at the border between Croatia and Bosnia and Herzegovina which have been documented by the Asylum Information Database (AIDA), Human Rights Watch, Amnesty International and the Border Violence Monitoring Network. Organizations have warned that the EU has become complicit in violence and abuse against people seeking refuge and entry into Europe. The situation is also documented in a report on “push-backs” by the Parliamentary Assembly of the Council of Europe. As yet, there has been no response to the Croatian Ombudswoman’s requested to the Croatian authorities to conduct appropriate, efficient and independent investigations into the alleged illegal police treatment of migrants following a complaint received from inside the Croatian border police on treatment ordered by superiors. Recent researches concluded that violence is systematic and organized and causes injuries that, due to a lack of medical care, go untreated.

These practices have given rise to court proceedings. Litigation efforts regarding individual cases of people who have experienced expulsions are being explored. An important case, “M.H. and others v Croatia” concerning an Afghan family which entered Croatia from Serbia, were stopped by the Croatian police and summarily returned to Serbia, is pending before the European Court of Human Rights. One of the children was hit by a train and died while the family was being expelled.

Human rights violations, including individual or collective expulsions often referred to as “push-backs”, occur frequently at the EU’s internal and external borders. Refusing people entry into a country’s territory or pushing them back to neighboring countries without providing them with the opportunity to make an asylum claim is commonplace in Europe, both at the external and internal borders of the EU. Some governments have attempted to “legalize” these practices of refusal of entry. Nevertheless, they remain a violation of fundamental rights, including the prohibition of refoulement under Article 3 of the European Convention on Human Rights (ECHR) and the prohibition of collective expulsions under Article 4 Protocol 4 ECHR and Article 19 of the EU Charter of Fundamental Rights (CFR). Other Member States may not have not formalized the practice, but nonetheless use it as an integral part of their border management. Addressing these practices, which are in violation of EU and international law, requires a combination of approaches ranging from monitoring to enforcing compliance and litigation. The European Commission should monitor and assess failure to implement or comply with the recast Asylum Procedures Directive (2013/32/EU) and where necessary start infringement procedures. Numerous litigation efforts both at the national and international level are ongoing, and the European Court of Human Rights has passed down judgments on this practice. In addition, other EU policies and tools not directly related to asylum are relevant. EU funding for border management should be made conditional on EU Member States respecting fundamental rights and include stringent oversight mechanisms.

The Schengen Borders Code, which consolidates rules related to border management for Schengen members, includes various provisions aiming at reconciling border controls performed on behalf of all Member States with obligations under international human rights and refugee law, in particular the principle of non-refoulement.  Croatia expressed its interest in becoming a Schengen member in 2015 and has since then made efforts to transpose the different elements of the Schengen acquis, a process which is regularly assessed by the European Commission. In the area of external border management, the European Commission, together with Member State representatives, has conducted three evaluation missions to Croatia. The first two of these missions resulted in finding non-compliance while the last found that Croatia was compliant but that further improvement is necessary. As these reports are not publicly available, it is difficult to judge the extent to which compliance with Article 4 was evaluated.

The European Commission has to revise the Schengen Standard Questionnaire, which form part of the evaluation, and establish and adopt a new multi-annual evaluation program. It is essential that this review addresses the shortcomings of the current mechanism. First, evidence collected by UN institutions and bodies, National Human Rights Institutions and civil society organizations that is available during the time of the visit should be systematically considered in evaluations. Second, the Schengen Standard Questionnaire should be reviewed to ensure that relevant information regarding fundamental rights and compliance with the nonrefoulement principles is recorded. Third, findings related to fundamental rights compliance and recommendations for Member States should be made publicly available to support transparency and increased accountability of Member State practice.

The European Commission, the Council of the EU and the European Parliament should make any further consideration of Croatia’s Schengen membership conditional on an end to the violence at Croatia’s borders and an investigation into alleged violations.