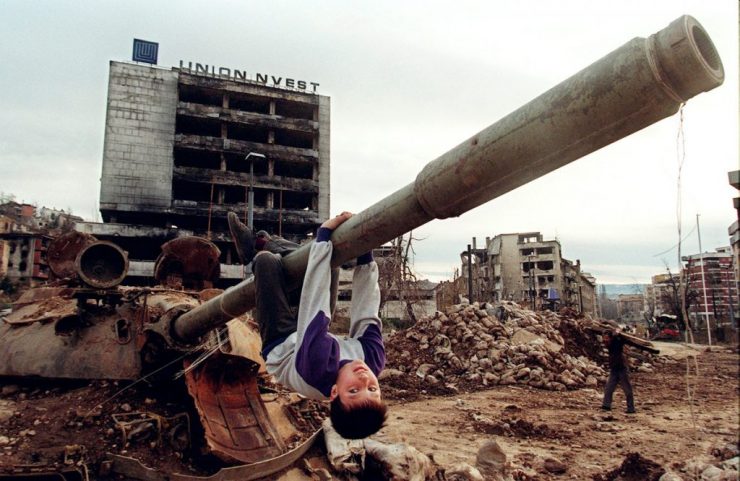 The Western Balcans in exchange for Ukraine

The New Geopolitics Research Network brings to your attention a summary of Dr. Zlatko Hadžidedić, Associate Professor, Director, The Center for Nationalism Studies (Bosnia-Herzegovina), speech, made during online webinar “Geopolitics. 30 Years After. Ukraine and Bosnia and Herzegovina. Own Paths in Geopolitical Turbulence”

–         There are many similarities between Ukraine and BiH. First of all, the breakup of Soviet Union and former Yugoslavia happened at the same time and led to the creation of nation states out of former republics. And as a result, Ukraine and BiH main problem to deal with is a new concept of national identity which became a matter of conflict between the neighboring republics.

–         Bosnians has experienced the situation when the European community obviously wanted to introduce the pattern when it was necessary for Muslim and Christians to fight with each other. In Bosnia people never had to do it before, but all of a sudden they got the pattern that they must fight one against another and there nothing else they can do but fight for territories. To the present day there is the same problem in BiH, its sovereignty hasn’t been restored. The pressure from the outside still reminds and it mainly comes from Europe.

–         Ukraine has a similar situation as BiH in which several western countries actually want to keep Ukraine fractionated as a buffer zone between Russia and Europe.

–         Russia doesn’t care about Bosnia or Serbia, the only thing it cares about is Ukraine. They are using Bosnia in exchange for Ukraine to send a message to the West that if they want to enter Ukraine with NATO, then Russia is going to keep Bosnia and Serbia under the pressure and lead them out of NATO. At a certain point of time all Russian intentions in the Balkans is connected only with a will to send a message that Russia will press the Balkans if NATO enters Ukraine.

–         Eurasia will become a single space after China builds “one belt one road”. So instead of having conflicts in Eurasia they are trying to create the infrastructure for cooperation between Europe, Central Asia and China. And as a result – a single geoeconomic and geopolitical space.