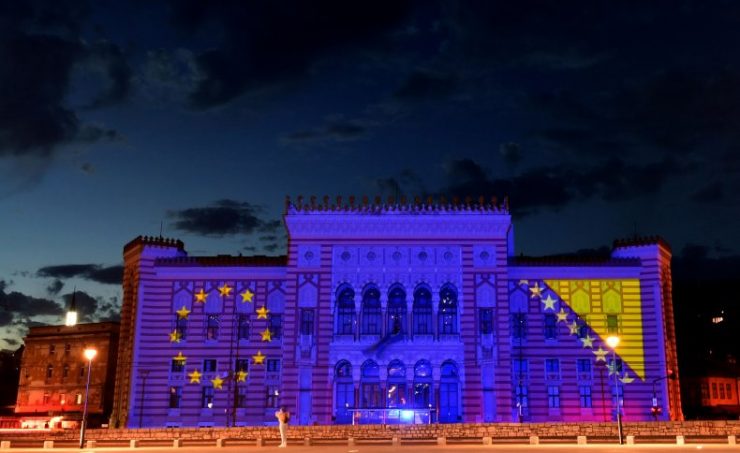 Adnan Huskić: Ukraine and BiH on the periphery of advance of the West

The New Geopolitics Research Network brings to your attention a summary of Dr. Adnan Huskić, Sarajevo School of Science and Technology (Bosnia-Herzegovina), speech, made during online webinar “Geopolitics. 30 Years After. Ukraine and Bosnia and Herzegovina. Own Paths in Geopolitical Turbulence”

– Ukraine and BiH are very different in many aspects, but in the same time there are also several striking similarities. The first one is an unfortunate geopolitical position, which came from the historical factors. More recently, one of the things that should be really pointed is that both countries have emerged in an environment and atmosphere which was naïve and greatly frustrated, relying on the international community and suffering from the hope of western countries.

– Now both countries suffer weakening of western normative and geopolitical influence as well as the empty space which is left behind the western advance. Unfortunately, Ukraine and BiH are on the periphery of this advance. Now countries are in the process of declining and facing out of the western influence, which has negative consequences.

– Bosnia is not meeting the western expectations and they actually don’t understand each other. When it comes to Ukraine, it’s hard to predict further development of the situation because of its complex geopolitical and domestic situation.

– Both countries have to realize that they are living in a volatile and turbulent period and once again they are in the middle of the reshuffle of the global scale, which never in history has brought anything good for us.