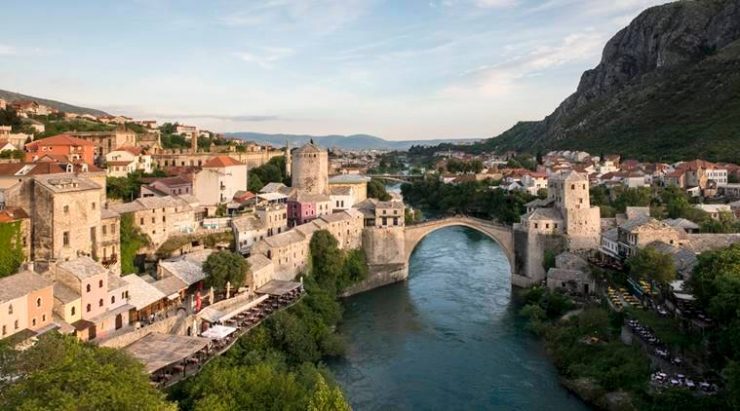 BiH: echoes of the frozen conflict

The New Geopolitics Research Network brings to your attention a summary of Dr. Anatolii Demeshchuk (Analytical Center of Balkan Researches Ex-YU) speech, made during online webinar “Geopolitics. 30 Years After. Ukraine and Bosnia and Herzegovina. Own Paths in Geopolitical Turbulence”

– In the 1990s Ukraine had a huge potential and opportunities, but the main problem was the lack of strict and clear national idea, as well as an ambitious road of further development. During that time the European integration for Ukrainians was the only favorable way of development, but times have changed and now the western liberal democracy exists in a crisis.

– Nowadays Ukraine is on the dividing line of the “New Cold War”, greatly relying on the international community. In such a situation Ukraine has several perspectives of development. The first way is to become the personal ally of the USA instead of NATO membership, another way is to cooperate with Eastern European countries such as Poland, Moldova, Georgia and Baltic countries.

– Turkey could become a prospective ally within the idea of “intermarine” or the cooperation within the “Black sea belt”.

– Before the Yugoslav war all divisions inside Bosnia were practically invisible, this country was considered as an ideal republic of “brotherhood and unity”. However, just in a few years people within one country started to kill each other. So, Ukraine needs to understand that even western community can easily impose a peaceful solution like it was in Bosnia and conserve all divisions as well as freeze the conflict.ПОКАЗАТИ МЕНШЕ