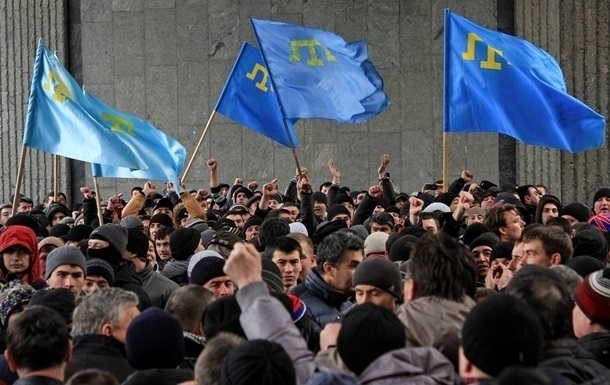 The specific triggers and context of each armed conflict are different, however the grave consequences share common characteristics of serious violations such as forced displacement, extrajudicial executions, sexual violence and forced recruitment of children. The violations against indigenous peoples in the context of armed conflict cause trauma and irreparable harm, destroy their culture and rip apart the social fabric of the affected indigenous communities. Conflict generally affects indigenous peoples who are already marginalised and entrenches them in poverty, perpetuating high illiteracy rates and poor health indicators. Conflicts affecting indigenous peoples can often be traced back to long-standing historical injustices and discrimination originating in the context of colonization and dispossession of indigenous peoples’ lands, territories and resources. Many indigenous peoples reside in ancestral territories that are rich in natural resources. Land disputes are frequently the root cause of conflict as indigenous peoples are faced with dominant and powerful political and economic interests who use the state institutions (e.g., police, military, courts) and state laws to seek control over their lands and exploit their resources. In many instances, there are private interests behind this, and they utilise the presence of armed actors to facilitate land grabbing and exploitation of natural resources such as minerals and metals, oil, gas and coal, timber and water. In other situations, armed groups claim ideological grounds for occupying indigenous lands and seek to involve indigenous peoples in their armed struggle. The often-scarce presence of state institutions and services in indigenous territories leaves indigenous peoples particularly vulnerable to the force of non-state armed actors.

The ILO Indigenous and Tribal Peoples Convention (1989) stipulates that “the peoples concerned shall not be removed from the lands which they occupy. Where the relocation of these peoples is considered necessary as an exceptional measure, such relocation shall take place only with their free and informed consent…whenever possible, these peoples shall have the right to return to their traditional lands, as soon as the grounds for relocation cease to exist.” Article 6 speaks of the duty of States to consult indigenous peoples “through appropriate procedures and in particular through their representative institutions, whenever consideration is being given to legislative or administrative measures which may affect them directly.”  The Convention furthermore establishes the right to be able to take legal proceedings for the protection of their human rights (Art. 12) and to retain their own customs and institutions (Art. 8). The Convention further requires that, when applying national laws to indigenous peoples, customs and customary laws be regarded (Art. 8); and that adequate procedures be established to resolve land claims (Art. 14).

Under the United Nations Declaration on the Rights of Indigenous Peoples, adopted by the General Assembly in 2007, indigenous peoples have the right to the full enjoyment, as a collective or as individuals, of all human rights and fundamental freedoms recognized under international human rights law (Art. 1). This includes rights of indigenous individuals to “life, physical and mental integrity, liberty and security of person” and also includes collective rights of indigenous peoples to “live in freedom, peace and security as distinct peoples and…not be subjected to any act of genocide or any other act of violence” (Art. 7). Of particular relevance in the context of armed conflict, Article 30 establishes that military activities shall not take place in the lands or territories of indigenous peoples, unless justified by a relevant public interest or otherwise freely agreed with or requested by the indigenous peoples concerned. Article 10 affirms that indigenous peoples “shall not be forcibly removed from their lands or territories. No relocation shall take place without the free, prior and informed consent of the indigenous peoples concerned and after agreement on just and fair compensation and, where possible, with the option of return.” Article 28 states that “indigenous peoples have the right to redress, by means that can include restitution or, when this is not possible, just, fair and equitable compensation, for the lands, territories and resources which they have traditionally owned or otherwise occupied or used, and which have been confiscated, taken, occupied, used or damaged without their free, prior and informed consent.”

Therefore, when a state undertakes measures that affect the rights of indigenous peoples, there must be compliance with provisions contained in international instruments and the state has the obligation to consult indigenous peoples. This principle applies even in the context of armed conflict and its aftermath and thus it is therefore crucial that indigenous peoples be consulted and that their rights be expressly recognised in peace negotiations and in transitional justice measures, including truth commissions and reparation programmes.  Military activities shall not take place in the lands or territories of indigenous peoples unless imperative for the security of peoples concerned, and that in such exceptional circumstances, states should undertake effective consultations with the indigenous peoples concerned, through appropriate procedures and in particular through their representative institutions, prior to using their lands or territories for military activities. States need to strengthen their prevention and protection mechanisms, such as national human rights institutions and other Government bodies mandated to protect indigenous peoples’ rights such as the National Commission on Indigenous Peoples in the Philippines and FUNAI in Brazil, and ensure that these represent the diversity of all sectors of the population, have sufficient resources and are present in areas most prone to violations in order to prevent forced displacements. The responsibility of holding perpetrators responsible lies with the states. In order to ensure that states fulfil their obligations to provide justice and reparation,  indigenous peoples should make thorough use of international law to continue to advocate for breaking the impunity for human rights and humanitarian law violations. Accountability must be established at the national level and though such processes are painstakingly challenging, positive steps are being taken.

Interesting experience in the protection of indigenous people rights is demonstrated by Ukraine. On May 18, President Volodymyr Zelensky registered a bill on the indigenous peoples of Ukraine. The document is needed primarily to ensure the rights of Crimean Tatars as an indigenous peoples. This was one of the priorities of the Strategy of Deoccupation and Reintegration of Crimea.

The development of the institutions of a democratic, social, legal state and civil society in Ukraine objectively determines the need for legal support of the status of the indigenous peoples of Ukraine and the creation of preconditions for their development.

The illegal annexation of Crimea in March 2014 was a major factor in the need to regulate the legal status of Crimean Tatars, which can be explained by a number of reasons, including the loyalty of the Crimean Tatar people in general and the Mejlis in particular to Ukraine. Therefore, the main efforts of the government and civil society are aimed at drawing maximum attention to gross violations of human rights and freedoms by the occupying power through appeals to the international community, including intergovernmental and non-governmental organizations, governments and parliaments of other countries, inform the world and national media, diplomats and human rights defenders about such violations. The best solution would be not only to facilitate the access of international monitoring missions, but also to establish their permanent presence in Crimea, which is currently required by a number of international and national human rights organizations. In this regard, the bill also provides for the right of the Crimean Tatar people to international representation, which is realized through the inclusion of representatives of the Crimean Tatars in diplomatic missions of foreign states and international organizations and delegations to international organizations with the prior consent of the Mejlis. This is a really important component, given the peculiarities of the temporarily occupied territory of Crimea.

This document can be considered as a serious signal to Ukraine’s international partners and a strong instrument which can give an opportunity to influence Russia. In addition, Ukraine should make the most of this opportunity to implement the strategic plan for the return of Crimea.