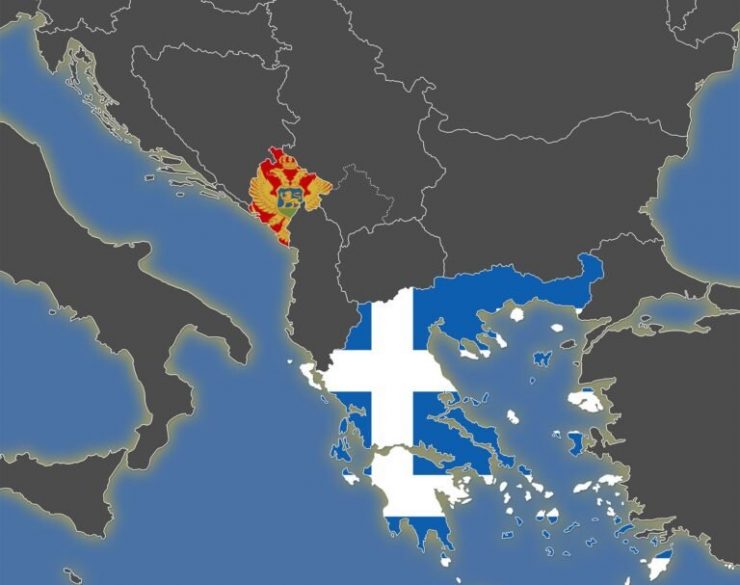 The COVID-19 pandemic has a dramatically negative impact on the economies of all countries. On the other hand, it creates good conditions for a new start. Therefore, the Greek leaders plan to cooperate with Montenegro in the near future more actively. New Greek policy also gives an opportunity to Krivokapich Government reject all blames of its political opponents.

After August roll last year the new Government coalition in Montenegro faces the problem of Serbian, Russian and Chinese influences on its policy. After getting power with the support of the pro-Serbian Democratic Front, Prime Minister Krivokapic has begun to drift towards the Democrats. This has alarmed the leaders of the Democratic Front and already caused a hidden government crisis. The country still lives without a budget, the adoption process is blocked by the Democratic Front.

The new ruling coalition in Montenegro is facing accusations from both sides. DF claims about betrayal of Montenegro’s Serb population and manipulates the church question. On the other hand supporters of President Milo Djukanovic accuse Krivokapic in providing policy dictated by Belgrade.

The issue of China stands aside, but it is not less problematic. Its connected with the Montenegrin debt to the Chinese EXIM Bank for the construction of the Bar-Boljari highway, whose payment is due this year. In case of payment does not occur, China is entitled to get control of the part of Montenegrin territory with port facility in Bar.

As Montenegrin journalists recently found out, Russia is the largest investor in Montenegro, which has invested 1.5 billion euros in the country’s economy over the past 15 years. Although large investment projects of Russian businessmen in Montenegro can hardly be called successful. On second and third place are Italy and Hungary. They have invested 900 and 600 million euros in to the Montenegrin economy, respectively. Montenegro’s largest trading partner today is Serbia with 16%, followed by Russia with 15%.

But in fact Greece is right after the leaders in the development of economic relations with Montenegro, has come out on the 2-3 position in different periods. According to Prime Minister Kyriakos Mitsotakis, Greek investment should be a top priority, both in key sectors and in expanding the market in Montenegro. Now future of economic cooperation with Montenegro is quite optimistic in Greece. Although Montenegro is a small country, its GDP is more than 5 billion euros. One of the most promising areas is the development of tourism and recreation industry, where Greek business has groundfull experience.

It seems that Greece in general plans to play a more active role on the Balkans in the next decade. And Montenegro is considered to be a good start for this. Turkey – the main Greek vis-a-vis is also active on the Balkans, where it works actively with the Muslim population. Therefore, the development of Greece relations with Orthodox Montenegro should create some kind of balance for Athens and Istanbul on the Balkans.

Moreover, Greece plans to be more deeply engaged in Montenegro’s European integration process. During a meeting in May this year in Athens Prime Minister Mitsotakis expressed to his Montenegrin counterpart Zdravko Krivokapic full support for the EU accession to the Western Balkans.

On the first half of 2021 there were a number of high-level contacts between the leaders of Greece and Montenegro devoted to this topic. Review of high-ranking officials statements from both countries shows that in addition to the economy and European integration, cooperation between two countries will be based on such elements of soft power as Orthodox Christianity and a common historical background associated with the struggle against Ottoman.

Another dimension for improving is the military cooperation. Although both countries are NATO member, there are a number of regional military initiatives where cooperation can be developed. In geopolitical terms, Greece and Montenegro have rather similar goals and therefore should work together to support common strategic interests of both countries. For example, Greek experts say that the issue of “Great Albania” is a common problem for both countries, which poses a potential threat to their territories. Therefore, Greeсe and Montenegro must work to contain this concept.