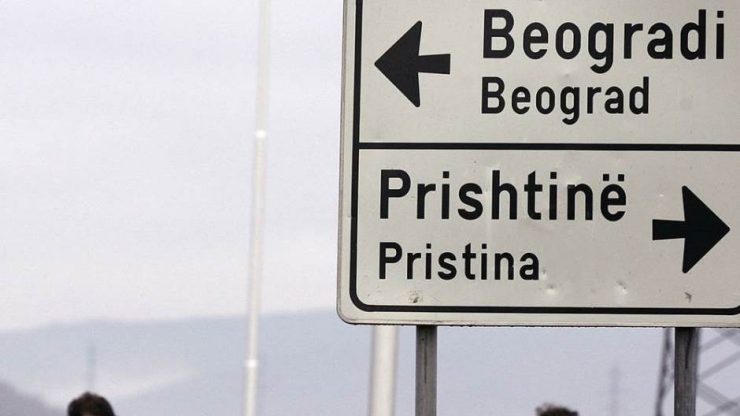 The negotiations between Serbia and Kosovo resumed in Brussels with the mediation of the EU in July 2020. However, the normalization of relations, as hoped for in the EU, did not happen. Expert working groups met during the summer and autumn of 2020. They discussed issues related to the settlement of property problems, the search for missing persons, and access to mass graves in Kosovo and Serbia. Pristina and Belgrade have promised access to secret documents to help locate mass graves and missing persons.

Several rounds of talks failed because Serbia and Kosovo constantly put forward new conditions for cooperation. Although it should be noted, the process of searching for missing persons has significantly accelerated. Mass graves have been found in Serbia and Kosovo where experts still work.

But even here, a scandal erupted between the parties, as neither Belgrade nor Pristina allowed Serbian and Kosovo officials to visit the graves. The only significant achievement in the negotiations that have been going on since 2011 was the signing of an agreement on economic normalization. This was due to active intervention in the White House dialogue. Donald Trump has appointed his representative Richard Grenell in the Belgrade-Pristina dialogue. Grenell organized in September 2020 to meet Alexander Vucic and Abdullah Hoti in Washington. It was important for Donald Trump to state that the USA remains in the Balkans.

The agreement created the illusion of a possible political understanding, the essence of which is to establish bilateral relations between Belgrade and Pristina. This is the result sought in the EU, which does not take into account the peculiarities of the long-running confrontation between Serbia and Kosovo. Alexander Vucic has repeatedly stated that he will never go for the recognition of Kosovo’s independence. At the same time, he demands that Pristina comply with the terms of the 2013 Brussels Agreement, which provides for the establishment of the Community of Serb Municipalities in Kosovo to protect the interests and rights of the Serb minority. Their appearance was confirmed in 2015 when the parties to the dialogue agreed to establish the Association of Serbian Municipalities. According to the agreement, the Association will have its president, vice-president, and a local parliament.

Both the Brussels agreement and the 2015 agreement on the Association of Serbian Municipalities do not contradict Kosovo’s current laws on local self-government. The government of Albina Kurti strongly opposes the implementation of the provisions of these documents, which, like the previous governments of the self-proclaimed republic, refers to the decision of the Constitutional Court of Kosovo from 2015. Judges then ruled that the formation of the Association of Serbian Municipalities was impossible because it violated the Kosovo Constitution. It seems that Brussels does not see or does not want to see such a dilemma, because the EU continues to emphasize the need to resume the Belgrade-Pristina dialogue.

The negotiating parties will have to compromise and make concessions, as emphasized by the EU and the United States. Welcoming Vjosa Osmani’s election as President of Kosovo, USA President Joe Biden stressed the need for a compromise in dialogue with Serbia. The American leader stressed that the resumption of talks with Serbia should be a priority for Kosovo’s newly elected president.

Thus, there is a situation from which there is no way out. Aleksandar Vucic demands compliance with the terms of the Brussels agreement, while Albin Kurti and Vjosa Osmani oppose the emergence of the Association of Serbian Municipalities in Kosovo. The EU and the USA are pushing both sides to find common ground and come to an agreement.

If the negotiation process continues at the same pace as in recent months and years, normalization will not happen soon enough. Vucic and Kurti have met in the political arena, each trying to convey his or her views to the European community and the United States. And here the problem arises because the words of Vucic and Kurti are poorly heard and understood in Brussels. Myroslav Lajchak and his assistants do not have clear tools at all to resolve the situation that has reached a stalemate. The EU simply needs to implement the Brussels agreement, and the negotiators – Serbia and Kosovo – to satisfy their claims.

At present, it can be said that neither side will compromise, although this is required of them by external actors. Kurti demands that Serbia recognize Kosovo’s independence and its responsibility for war crimes against Kosovo Albanians. Alexander Vucic has stated that this will never happen.

Thus, the European option of forcing peace does not work and is unlikely to work in the future unless EU and US policies become more active and aggressive towards the parties to the dialogue. There is another way out – a temporary compromise decision on the emergence of the Association of Serbian Municipalities in Kosovo, which has certain risks for the future of Kosovo. In essence, it will be a mono-ethnic entity with its authorities within a self-proclaimed republic. It should not be ruled out that they will take advantage of this in Belgrade and claim these territories, citing the monoethnic composition of the Serb population in the municipalities. And this option was already discussed in Serbia a few years ago. On this basis, a new conflict over the redistribution of territories between Serbia and Kosovo could unfold, affecting neighboring countries in the region with a shock wave. This is especially true of Bosnia and Herzegovina, which includes Republika Srpska. Its president, Milorad Dodik, has been trying for many years to hold a referendum on separating the entity from BiH and possibly joining Serbia.

The EU doesn’t want the new territorial conflicts in the Western Balkans, as they could end in bloody wars, as they did in the 1990s. This is exactly what Brussels is most afraid of, so they continue to create the appearance of a dialogue between Pristina and Belgrade.