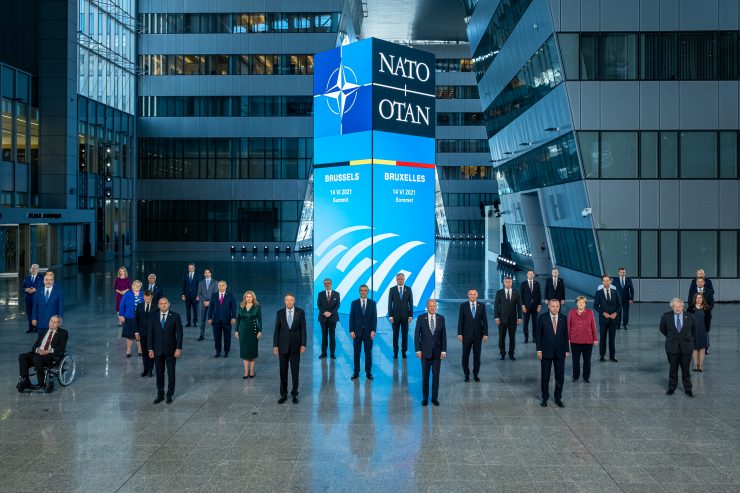 Geopolitics For Giants And Dwarfs

June 2021 was far more than just dynamic in terms of global politics: President Biden’s inaugural foreign visit was organized as a coordinated gathering of the most relevant Western institutions, from G7 to NATO, to which he added the introductory meeting with the leader of the American main  geopolitical adversary, Vladimir Putin. President Biden devoted the first months of his mandate to the healing of wounds inflicted to the American society by the previous Administration of President Donald Trump, and the June campaign was practically his first foreign policy step. Given the fact that the participation of the G7 countries in the world economic output has dramatically shrinked from the 80% to 40% in only a couple of decades, which has eventually led to the decline of cohesion forces amongst the NATO allies, it becomes clear that Biden’s effort was meant to be no less than a rehabilitation of the entire Western enterprise. In the context of the Chinese economic surge and geopolitical expansion, perceived by the US foreign policy establishement as a lethal threat, the G7 and NATO summits were no less than an attempt to forge a new strategy of containment, potentially far more important to the West than the original one against the Soviet Union. At the same time, the meeting with the Russian President served to restore the previous Cold War security settings and reinstate Russia as a global power, so as to stimulate the latter to refrain from active participation in the West’s forthcoming collision with China. In this collision, the boundaries between economic clash and military conflict are becoming blurred and fade away, which suggests that these summits and meetings should be perceived as a single event. And, by its magnitude and strategic importance, this event can be compared only to the historic 1943 Tehran Conference between Roosevelt, Churchhill, and Stalin.

When the traditional policies have become worn out and the revolutionary ones proposed by President Trump have proved to be a failure, and when a decisive reshuffling of long-term strategy is being made, no degree of discord is allowed among those who aspire to remain on the Western side of the world: consensus is the only mode of operation. And, a consensus among the G7 and NATO members is what President Biden came to rebuild, since it had been disrupted by centrifugal geopolitical trends, such as America First, Brexit and Neo-Ottomanism. After Trump’s “America first!“, Biden’s “America is back!“ clearly represents a U-turn and puts the US back at the pedestal as the indispensable leader of the “Free World“. A lack of enthusiasm amongst the European countries for the renewed American leading role was also as transparent as Biden’s intentions: during the Trump era, the Europeans enjoyed in a self-made image of their own importance as a global player, despite the obvious lack of courage and ability to act as an independent factor. Therefore, Biden had to demonstrate the will and power to execute the new American strategy, whatever the Europeans may think of that. Simply, at the moment of new geopolitical positioning, when the “US versus Them“ becomes the only available model again, there is no place for nominal allies to play their own game. Now, it is the West that cannot afford duality or pluralism: monolithic unity is obligatory, as it once upon a time was proclaimed in the East, by the old communist regimes, now with the US as the “avantgarde“ and the European countries as the “satelite states“ within the system of “limited sovereignty“. It is not a surprise that Biden had no choice but to come up with such a vision of the world in this very moment; and it is not a surprise, either, that the Europeans had no choice but to eventually submit to it: having promoted China into a “systemic adversary“, one that successfully exploits the current neoliberal system to its own advantage, the West had no choice but to start changing the rules of the system, and such a gigantic operation could only be performed with absolute unanimity within the Western world. Preferably, with a relatively neutral Russia in between two future economic systems – the Chinese-led neoliberal one and the US-led yet-to-be-defined one.

So, a new geopolitical and geoeconomic mapping of the world had to be tailored under the condition of unanimity. For that purpose, all G7 and NATO members had to liquidate their mutual disputes, including those countries which were engaged in ‘eternal conflicts’, such as Greece and Turkey. And then, on the stage set for a consensus and closing the ranks, enter Zoran Milanović, president of one of NATO’s latest and least powerful newcomers, Croatia. According to the official website of the Office of the President of the Republic of Croatia,

Thus Milanović, yes, finally forced NATO to insert in its joint declaration his reference to the General Framework Agreement for Peace in Bosnia and Herzegovina, because it is important to him. One should bear in mind that Croatia, just like Serbia, signed this Agreement in 1995 as a party which fought the war on the territory of Bosnia and Herzegovina from 1992 to 1995. Having signed the Agreement, whose author, guarantor and enforcer is the United States, both Croatia and Serbia took an obligation to refrain from violating the territorial integrity and sovereignty of Bosnia and Herzegovina and from interfering with its internal affairs. However, according to his official website, the President of Croatia says that he is particularly interested in “the fundamental voting rights and citizens’ rights of Bosnia and Herzegovina’s Croats, of whom the lion’s share are citizens of Croatia“. He also explains that “500.000 citizens of one NATO member, the Republic of Croatia, live in Bosnia and Herzegovina“, and that “this is a fact that was politically and legally known to both NATO and the EU at the time of our (Croatia’s) accession to these associations“.

If one puts Milanović’s statement into a broader historical context, it should also be noted that his vision of ‘mother-country’s care’ for its ethnic brethren within the borders of other states strongly resembles Hitler’s vision of Germany’s ‘care’ for Germans in the Sudetes and Alsace-Lorraine and Milošević’s vision of Serbia’s ‘care’ for Serbs in Croatia, Bosnia and Herzegovina, and Kosovo. Again, the question is to what extent such visions can be compatible with the principle of defence of sovereignty and territorial integrity, upon which NATO was founded? Moreover, Croatia’s policy advocated by Milanović is practically identical with Putin’s policy of granting Russian passports to ethnic Russians who are citizens of Ukraine and live in the Donbas region. Whereas Putin’s policy was quickly proclaimed “a new act of aggression against Ukraine“ by NATO officials, they have patiently ignored Croatia’s long-term policy of granting its passports to citizens of Bosnia and Herzegovina, even though – as Milanović confirms it – this fact was “politically and legally known to both NATO and the EU at the time of our (Croatia’s) accession to these associations“.

From a geopolitical perspective, both Ukraine and Bosnia and Herzegovina are countries that aspire to become NATO members. In these efforts, Ukraine is being undermined by Putin’s strategy of making it a permanently fractured state, with one of its parts being directly controlled by Russia through the policy of granting passports to ethnic Russians in Donbas and making them Russia’s Trojan Horse in the Ukrainian territory. Bosnia and Herzegovina has been put in the same fractured position by Croatia’s permanent undermining of its sovereignty, including the policy of granting Croatia’s passports to ethnic Croats in Herzegovina and using them as Croatia’s Trojan Horse in the Bosnian territory. No doubt, NATO is willing and able to confront Putin in his policy against Ukrainian sovereignty and its accession to NATO. The question is why it is not willing and able to confront Milanović, a president of its member-state, even when he is promoting his policy against Bosnia and Herzegovina’s sovereignty and accession to NATO through his publicly advertised blackmailing of NATO?

Given the intimate relationship between Russian capital and Croatia’s economy and their business oligarchies, it is not unlikely that Putin has already taken Milanović’s advice in the process of shaping the strategy against Ukraine’s accession to NATO. However, perhaps even Xi Jinping would find it useful to learn from Milanović how one can break NATO’s consensus and impose his will instead.