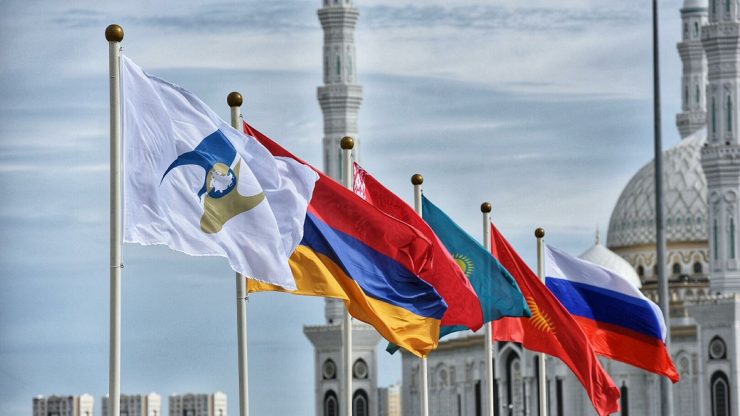 What risks does the EAEU bring to partner countries?

NGRN, together with the analytical center “A+ Analytics”, with the support of the information and analytical portal Platon Asia and analytical magazine “Exclusive” on June 10, 2021, organized a round table with the participation of experts from Kazakhstan, Kyrgyzstan, Armenia and Uzbekistan, during which the challenges and risks for the Eurasian integration partner countries in connection with Russia’s attempts to use the EAEU to solve its geopolitical tasks were discussed.

The need for discussion was prompted by the statement by Russian Deputy Foreign Minister Alexander Pankin at the St. Petersburg International Economic Forum that the EAEU is working on a consolidated response to Western sanctions. The Russian official noted that the issue of response measures to unfriendly sanctions actions of third countries against (countries) of the EAEU was put on the agenda.

The Ministry of Foreign Affairs of Kazakhstan promptly reacted, stating that Kazakhstan did not conduct any negotiations on “consolidated measures” of the EAEU countries in response to sanctions from other states and opposed the endowment of the Eurasian integration bodies with unusual functions and against the politicization of the association.

In this regard, the following questions were proposed for discussion:

Based on the results of the round table, a comprehensive report will be published soon.