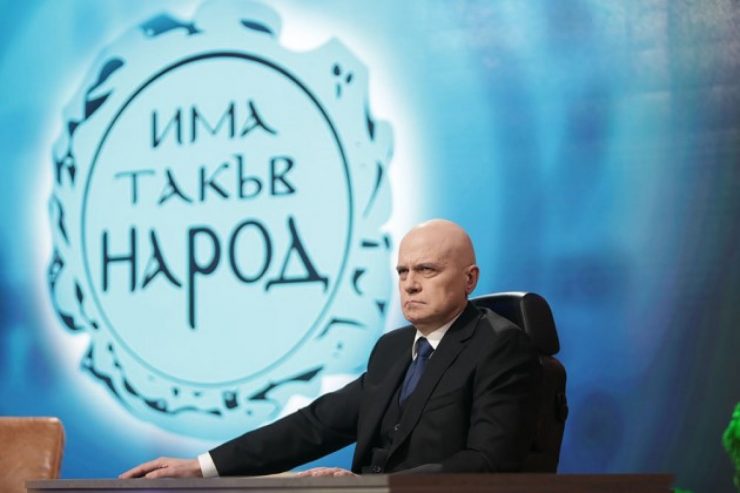 “It’s time for something else!” or how the showman became a major figure in Bulgarian politics

“It’s time for something else!” This was the slogan of the showman Slavi Trifonov’s party “There is such a people” in the early parliamentary elections in Bulgaria, which took place on July 11. Trifonov’s main goal was to eliminate the old political status quo, personified by 62-year-old former Prime Minister Boyko Borisov and his GERB party, which have ruled the country for almost 11 of the past 12 years. The first attempt at radical change was made during the regular parliamentary elections in April this year. Even then it was clear that GERB is in isolation, but deputies from the three so-called “protest” parties failed to form a parliamentary majority. Therefore, 54-year-old Slavi Trifonov refused the mandate to form a government by his party and decided to push the country to early elections, in which he hoped to win.

The main intrigue of the early voting was whether the results of April 4 would be repeated, or could the “protest” parties (in addition to Trifonov’s political force, they include the pro-Western liberal coalition “Democratic Bulgaria” and the coalition “Stand up! Mafia get out!”, with the country’s former ombudsman Maya Manolova as a leader) get this time a majority in parliament.

It is important to note that the election campaign took place in the conditions of functioning of the interim government in the country. According to the constitution, in case of early dissolution of the parliament, the elections are prepared by the interim government appointed by the president. The Bulgarians joked that during recent two or three months they had been under military leadership – President Rumen Radev and appointed by him interim prime minister, Stefan Yanev, are former army generals. Most ministers are experts, but there are also two or three politicians among them.

The interim government is very critical of Boyko Borisov’s legacy. On a daily basis, it has been identified cases of mismanagement of state budget funds and assistance to certain companies during public procurement. Most of these practices are completely unacceptable from a moral point of view, but they do not contradict the law. Within two months of its work, the interim government has managed to change the leadership of the security services, most of the heads of state-owned companies and senior ministry officials. The Interior Minister Boyko Rashkov was particularly active, ordering mass arrests of people suspected of buying votes in the upcoming elections.

It is also important that in early June, Washington dealt a heavy blow to the former deputy of the Movement for Rights and Freedoms (DPS), oligarch Delyan Peevsky, who in recent years has had a great influence on domestic politics and the prosecutor’s office. Because of his involvement in corruption in Bulgaria, the United States imposed sanctions on him on the basis of so-called Global Magnitsky Law. Probably, Peevsky still retains the influence on the prosecutor’s office, but can no longer be an important factor in politics and business.

As for the political forces themselves, for example, the campaign of “There is such a people” was again conducted mainly through social networks, but this time, unlike the spring elections, some of the Slavi Trifonov’s people agreed to give interviews to major TV channels and newspapers. Trifonov himself, who is believed to be not in good health, was not among the candidates and spoke at only one election event – meetings with students in Plovdiv.

GERB is a party of leadership type and therefore a former prime minister Boyko Borisov was himself in the center of its campaign. He tried to show that Slavi Trifonov and other leaders of the “protest” parties are not “something else” but the well-known figures in Bulgarian politics. Maya Manolova was reminded that she was elected ombudsman by the votes of GERB deputies, and the leader of “Democratic Bulgaria” Hristo Ivanov was reminded that he was a minister in one of the previous Borisov’s governments. The attacks on Slavi Trifonov were quite personal and even familiar. Borisov reminded him that they used to be close family friends, paid visits to each other, went together to restaurants and cinemas and played cards.

For the first time, the July 11 elections were held almost entirely by electronic voting and not by paper ballots. Although the number of countries in the world that have carried out such a bold electoral reform can be counted on fingers. It was passed by a short-lived previous parliament at the insistence of the “protest” parties, which believed that this would deter election fraud and vote buying. Ballots could be used to vote only in those few polling stations where fewer than 300 voters were registered. In addition, this time more polling stations were opened abroad.

The turnout during the July 11 elections was quite low. The reason for that was the summer season, when many people went to resorts and did not have the opportunity to vote. In addition, vigorous police actions frightened some “vote traders” and in many Roma neighborhoods people refused to vote because they realized that, unlike in the past, they would not receive money this time. Finally, the fear of e-voting should be taken into account: some older generation voters feared that they would not be able to cope with e-voting machines.

In general, the July 11 elections, like the April 4 elections, were a kind of referendum on Boyko Borisov’s rule. It is obvious that most Bulgarians currently have a negative attitude towards him. As soon as GERB lost the aura of the winning party, its support dropped by 2-3% compared to the April vote. The opposite happened to Slavi Trifonov’s party, which received an additional 5%. Thus, with 100% of the votes counted, “There is such a people” received 24.08%, and GERB – 23.51%, which means that both parties will have almost the same number of deputies. There was a battle for third place. The support for the Socialists decreased and they now received 13.39%, while “Democratic Bulgaria” came close to them with 12.64%. The party of ethnic Turks, DPS, remained in fifth place with 10.71%, and the last political force that managed to overcome the 4% barrier was “Stand up! Mafia get out!” with 5.01%.

All three “protest” parties have improved their results compared to the vote three months ago, but again will not have a parliamentary majority.

Despite the fact that it is quite insignificant, Slavi Trifonov’s victory is still quite symbolic. On July 11, he became a leading figure in the Bulgarian political arena and now everyone else has to position himself in relation to him. This seems to have given him the courage to check to all his potential partners and opponents in parliament immediately the day after the elections. In his live statement on Facebook, Trifonov unexpectedly claimed that he would himself propose a future government and would not look for coalition partners. Moreover, he represented the entire composition of this government and thus ruled out any possibility of negotiations.

Thus, as Prime Minister, he proposed 51-year-old Nikolai Vassilev – a well-known financial expert and politician who received a serious economic education in the United States, Hungary and Japan. He worked as an investment banker in London before returning to Bulgaria in 2001 at the invitation of then-Prime Minister (and former Tsar) Simeon Saxe-Coburg-Gotha to serve as Deputy Prime Minister and Minister of Economy. In the next coalition government from 2005 to 2009, Vassilev was the Minister of Public Administration and then ran his own financial asset management company. His economic views are liberal, and he is a strong supporter of Bulgaria’s accession to the Eurozone.

Most of the ministers appointed by Slavi Trifonov are young experts who were educated in Western universities, but have no experience in public administration. For the first time, a woman has been nominated for the post of the Minister of Defense. There is also a minister without a portfolio to deal with the Roma issue. As for his government’s program, Trifonov did not present it in full, but voiced only some exotic ideas, such as purchasing millions of tablet PCs for students and sending Bulgarian astronauts to NASA.

At present, it is difficult to predict whether Slavi Trifonov’s risky move will be successful and his government will be approved by parliament. However, it is clear that he relies on a confrontational policy of accomplished facts and does not intend to share power with anyone, although he will have only about a quarter of the deputies in parliament. The Voting for Trifonov’s government is likely to fail and Bulgaria will go to the third parliamentary elections this year, and the country will be ruled for another three months by an interim government appointed by President Radev. But even if the new parliament succeeds in voting for the government, it is unlikely to serve a full four-year term. The political instability in the country is maintained.

Slavi Trifonov’s sharp move could lead to the reformatting of the country’s political camps and bring GERB out of the isolation in which it currently finds itself. In this case, the next parliamentary elections will be a kind of referendum not about the person of Boyko Borisov, but on Slavi Trifonov.