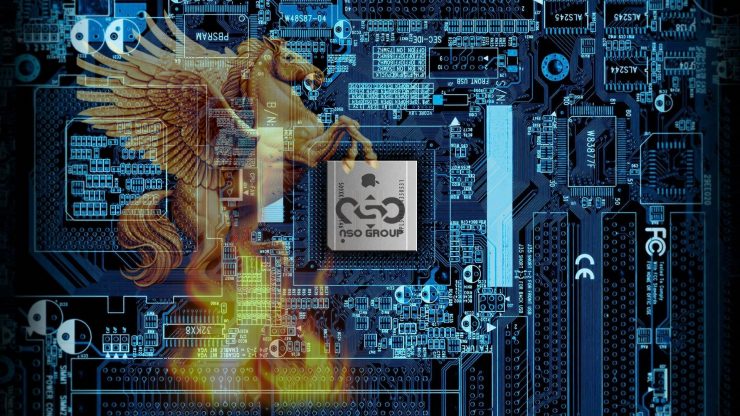 According to an analysis of more than 50,000 records of phone numbers, at least 189 journalists from multiple media organizations including Al Jazeera, CNN, the Financial Times, the Associated Press, The New York Times, The Wall Street Journal, Bloomberg News and Le Monde, 85 human rights activists, 600 politicians and government officials — including cabinet ministers, diplomats, and military and security officers, French president Emmanuel Macron and 14 other heads of state and heads of government have been selected as targets by clients of the cybersurveillance company NSO Group between 2016 and June 2021, according to a new Forbidden Stories, a Paris-based nonprofit journalism organization, and Amnesty International investigation.

Amnesty examined 67 smartphones where attacks were suspected. Of those, 23 were successfully infected and 14 showed signs of attempted penetration. For the remaining 30, the tests were inconclusive, in several cases because the handsets had been replaced.

Amnesty shared “backup copies” of 4 iPhones with Citizen Lab, a research group at the University of Toronto that specializes in studying Pegasus, which confirmed that they showed signs of Pegasus infection.

By closely examining the pattern of targeting by individual clients in the leaked data, media partners were able to identify 10 governments believed to be responsible for selecting the targets: Azerbaijan, Bahrain, Kazakhstan, Mexico, Morocco, Rwanda, Saudi Arabia, Hungary, India, and the United Arab Emirates. Citizen Lab has also found evidence of all 10 being clients of NSO Group.

NSO Group says it only sells spyware to vetted government bodies and does not have access to the data of its customers’ targets and the fact that a number appeared on the list of more than 50,000 phone numbers was in no way indicative of whether it had been selected for surveillance using Pegasus spyware.

It is known that on February 14, 2019, Francisco Partners sold a 60% majority stake of NSO Group back to co-founders Shalev Hulio and Omri Lavie, who were supported in the purchase by Novalpina Capital.

Hulio and Lavie invested $100 million, with Novalpina Capital acquiring the remaining portion of the majority stake, thus valuing the company at approximately $1 billion.

Prior to founding Novalpina Capital, from 1997 to 2014, Stephen Peel was a partner at Texac Pacific Group, one of the largest global private investment firms. As an early partner of the firm, Stephen was part of the senior leadership team.

During his investment career at Texac Pacific Group, he invested, managed, grew and turned around businesses in over 15 different countries including the United Kingdom, Germany, Spain, Norway, Finland, the Baltics, China, India, Turkey, and Russia.

And everything would be fine if it were not a report for the shipping company Tallink, which in May 2020 came to the disposal of Eesti Ekspress.

As it turned out, LHV Varahaldus together with Novalpina Capital announced it had made a financing offer of €200 million to Tallink and offerred to exchange the loan for shares.

The authors of this report reported that Stephen Peel, who married a Russian woman Yanina, had a business in Russia. And you know who headed the Russian branch? Someone Alexander Semenovich Vinokurov, who in 2008 became the son-in-law of Russian Foreign Minister Sergei Lavrov.

In addition, Texac Pacific Group bought $100m of the $3.3bn sale of a Russian government-owned stake in VTB Group.

In 2011, Alexander Semenovich Vinokurov was appointed to the post of president of the Summa group, owned by Ziyavudin Magomedov. In March 2013, he became the chairman of the board of directors of OJSC Far Eastern Shipping Company, the parent company of the Fesco group.

In cooperation with other investors GHP Group and Texac Pacific Group, 71% of the shares of the transport company Fesco, whose Board of Directors include Stephen Peel, were acquired from Industrial Investors.

In 2017 Stephen Peel called friends from Texac Pacific Group and created Novalpina Capital to take up the purchase of valuable assets in the Baltic region.

And, as we can see, they invested in NSO Group, which is so interesting for the Putin regime, because it allows you to receive first-hand information.

When more evidence of Stephen Peel ties to the Russian regime becomes available it will be great relief to unravel this tangle.